The games in the 2019 class of The Strong’s World Video Game Hall of Fame span the spectrum of gaming, with the brutality of Mortal Kombat and the zany fun of Super Mario Kart.

Besides those two, the latest inductees into the prestigious Hall of Fame include Colossal Cave Adventure and Microsoft Windows Solitaire. The ceremony will be broadcast at 7:30 a.m. Pacific time live on Twitch.

These games emerged from finalists that also included Candy Crush Saga, Centipede, Dance Dance Revolution, Half-Life, Myst, NBA 2K, Sid Meier’s Civilization, and Super Smash Bros. Melee. I was one of a few dozen judges, and this year none of the games I voted for were winners. So it goes.

The four inductees span multiple decades, countries of origin, and gaming platforms, but all have a significant influence the video game industry, popular culture, and society. 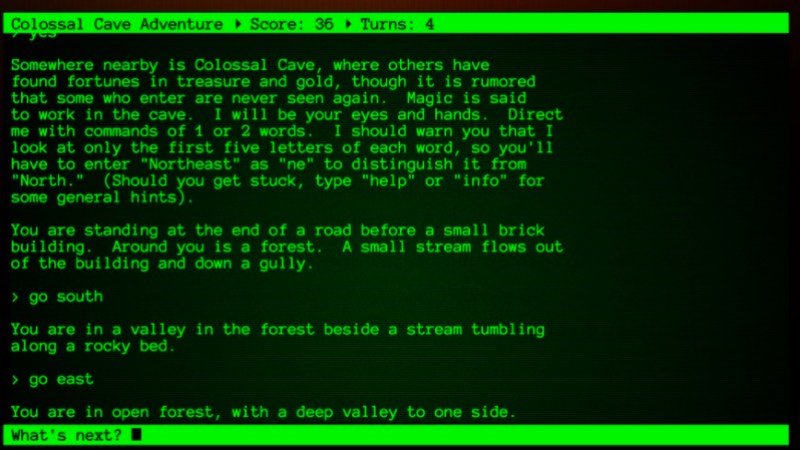 Above: Colossal Cave Adventure debuted in 1976.

Colossal Cave Adventure is a text-based game that debuted in 1976 and conjured up an immersive, interactive fantasy world despite the limits of primitive computer technology.

While the game has no graphics and relies on players typing written commands, it still offers a fully realized realm to explore, with treasures to find and puzzles to solve. It laid the foundation for an entire genre of fantasy and adventure games, and it directly inspired other pioneering titles such as Adventureland and Zork, which helped launch the commercial computer game industry.

“The best games fire the imagination,” said Jon-Paul Dyson, the director of The Strong’s International Center for the History of Electronic Games, in a statement. “Anyone who first typed a command like ‘get lamp’ into Colossal Cave Adventure could see the power of electronic games to create magical worlds of the imagination.” 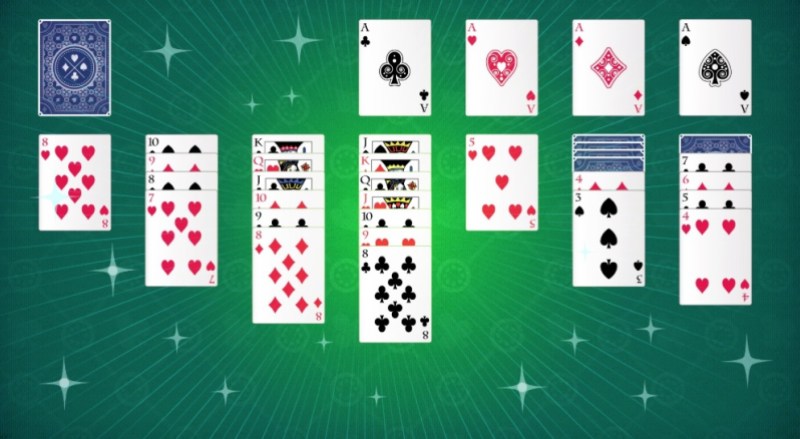 This is a game that we either hate as boring or remember with fondness. Based on a centuries-old card game, Microsoft Windows Solitaire debuted in 1991 on the Windows 3.0 computing platform and became ubiquitous around the world.

Because Microsoft distributed it on every version of its operating system from 1990 to 2013, and has since made the game downloadable, it has been installed on more than one billion computers and played by billions around the world.

“The game proved that sometimes analog games can be even more popular in the digital world and demonstrated that a market existed for games that appeal to people of all types,” said Jeremy Saucier, the assistant vice president for electronic games and interpretation at the Strong, in a statement. “In many ways, it helped pave the way for the growth of the casual gaming market that remains so popular today.” 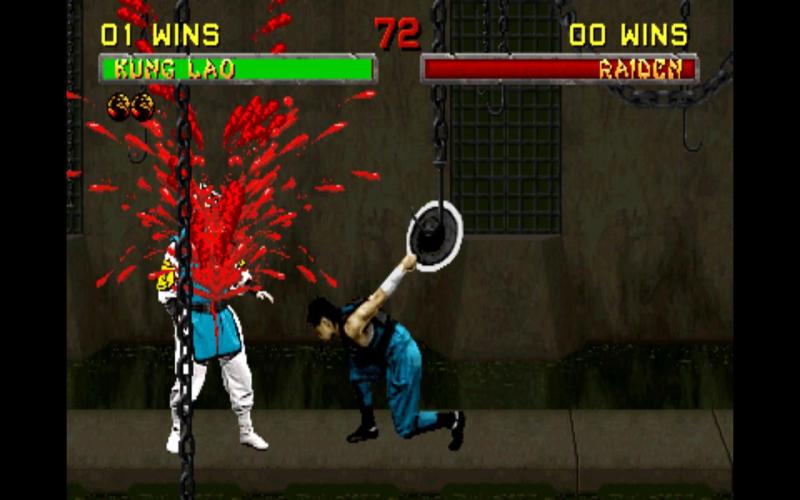 Above: The original Mortal Kombat

Mortal Kombat is perhaps one of the most controversial games in history. It brought cutting-edge graphics and unique fighting styles to the arcade when it launched in 1992. The game’s over-the-top depictions of violence also spurred international debate, including Congressional hearings in the United States that spawned the Entertainment Software Rating Board (ESRB) in 1994.

But it showed that games weren’t just for kids. By pushing the boundaries in terms of content and what players could do with their in-game characters, Mortal Kombat spawned an entire franchise—including games, music albums, action figures, a theatrical stage show, and Hollywood movies.

“Beyond its controversial content and role in triggering debate about the role of violent video games in society, Mortal Kombat’s compelling gameplay, iconic characters, and many sequels have kept players coming back again and again,” said the Strong’s digital games curator Andrew Borman, in a statement. 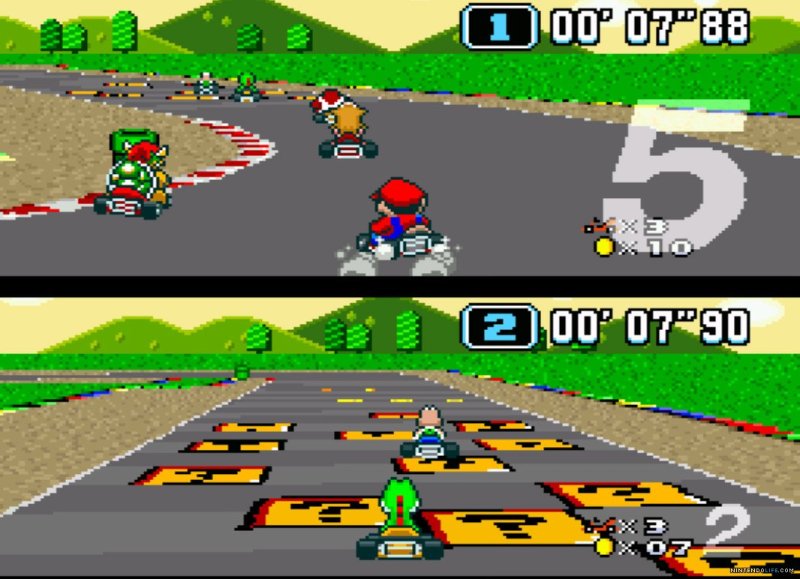 Above: Super Mario Kart was flat, but we loved it anyway.

Nintendo’s Super Mario Kart combines the thrill of racing games with the beloved characters of its Super Mario Bros. franchise. Released in 1992, the game built on previous racing games and made karts a viable subgenre. Super Mario Kart has sold millions of games on the Super Nintendo Entertainment System and generated a dozen other titles across consoles, handhelds, and arcade games that have sold more than 100 million copies.

“Super Mario Kart truly excelled as a social game that appealed to players of all skill levels, especially with its engaging multi-player settings,” said Julia Novakovic, an archivist at the Strong, in a statement. “It invited friends, family, and gaming fans of all ages along for an unforgettable ride that has made it the longest-running racing series in gaming history.”

The World Video Game Hall of Fame at The Strong was established in 2015 to recognize individual electronic games of all types—arcade, console, computer, handheld, and mobile—that have enjoyed popularity over a sustained period and have exerted influence on the video game industry or on popular culture and society in general.

Inductees were announced at The Strong museum in Rochester, New York, today, and they are on permanent view on the museum’s second floor. Anyone may nominate a game to the World Video Game Hall of Fame. Final selections are made on the advice of journalists, scholars, and other individuals familiar with the history of video games and their role in society.

What were my votes?

Centipede is part of the culture of video games. It’s so recognizable, even from just its sounds. I can’t tell you how much joy I had playing this as a kid, as it lived up to the old saying: Easy to learn, and difficult to master.

Myst is the first game that showed off the power of the CD-ROM back in 1993. It led to a whole genre of games that combine cinematic video and gameplay in the service of telling a great story. For many years, it was the best-selling computer game of all time. Now it runs on mobile devices. And Myst co-creator Rand Miller continues to make games based on the style of Myst and Riven, and he is pioneering new work in virtual reality.

Just one more turn. The original title in the Civ genre was so addictive that players had to keep on going. It simulated what would happen in the world as you made your decisions about how to grow a vast civilization. It is popular around the world and it keeps getting better with every new edition. Civilization VI is still a regular in the best-selling charts.