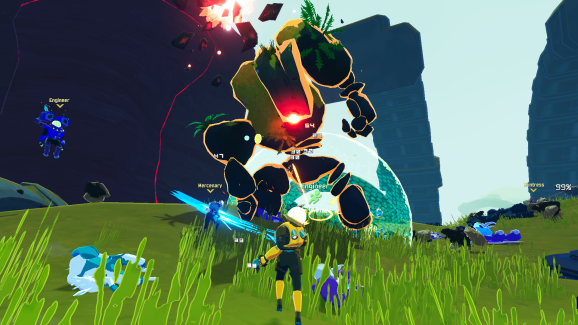 Risk of Rain 2 has sold over 1 million copies in Steam Early Access.

We’re getting closer to summer, but the risk of rain is increasing … at least in Steam Early Access. Hopoo Games and Gearbox Publishing announced today that Risk of Rain 2 has stormed out to over 1 million copies sold in a little over a month.

Risk of Rain 2 hit Steam Early Access on March 28 for $20. This combo of shooter and roguelike is Hopoo‘s first 3D game. The first Risk of Rain sold more than 3 million copies. It’s a sidescrolling roguelike that came out in 2013.

Last week, Risk of Rain 2 added new characters, stages, and bosses. Content updates like this a vital to such games, which randomize level layouts, enemies, and loot every time you play. The final stage and boss won’t be available until next year when Risk of Rain 2 launches out of Early Access.

Hopoo started as a team of two indie devs — a pair of University of Washington students. Risk of Rain was an award-winning game. The studio followed with the sidescrolling action-stealth game Deadbolt in 2016 (which also followed the Early Access model, hitting that channel in 2015).