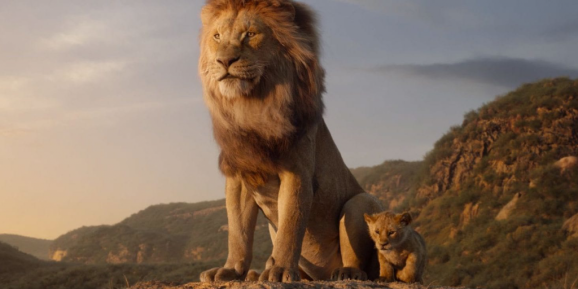 Disney is releasing a photorealistic CGI remake of 1994 classic The Lion King this summer. In an interview with Entertainment Weekly, the director Jon Favreau revealed how he actually directed the film in VR.

Disney’s previous remakes of classic titles, such as The Jungle Book, mixed real actors and sets with CGI objects and environments. This is a normal way to introduce a new technology but it limits what the director can do compared to a fully computer generated shot.

With The Lion King, everything in the shot is now computer generated. To allow Favreau to direct CGI shots as he would on a real set, Disney built a realtime VR renderer for the film’s environments:

“By removing the one physical element of Mowgli, we were no longer tethered to the fact that we had to have blue screen or an actual set or real cameras, so everything became virtual at that point. Once that gave us the freedom to operate without actually having to move through physical photography, it allowed us to open ourselves up to a whole new approach, and that’s why it feels different than Jungle Book. We’ve basically built a multiplayer VR filmmaking game just for the purposes of making this movie.”

Upon putting on the headset, the director finds himself at Pride Rock. The tool has full networked multi-user support, so other member’s of the team can put on another headset and join the director, assiting him with getting each shot just right.

The users can play the scene at any time, scrubbing to the right time and changing the camera angle. The entire set and film can be explored from within this tool- this was Favreau’s primary method of direction:

“The whole reason for all of this is to make an animated film feel live-action — to have a real crew come in, interface with an animated film, and make all the camera decisions that you would on set, instead of somebody sitting at a keyboard programming in the camera moves,”

Jon Favreau is no stranger to virtual reality of course. Back in 2016 the director partnered with MWM Immersive and WEVR to create Gnomes & Goblins. This was a realtime rendered room scale experience back when most directors were only interested in 360 degree video. We’ll keep an eye on Favreau’s future projects to see how he next uses VR to tell stories.