AppOnboard is announcing it will give away for free its AppOnboard Studio, which lets anyone design, build, and publish their own instant apps.

The tool does not require knowledge of coding, and it is now globally available for every developer to download and get started for free. Instant apps and games are immediately playable by consumers, without the need to download software. Those apps are often demos of larger games, and the instant apps are playable on Google Play.

“Today is an exciting day for the thousands of people on our early access waitlist to finally get their hands on AppOnboard Studio as it rolls out globally and is now available to everyone in the world,” said Jonathan Zweig, CEO of AppOnboard, in a statement. 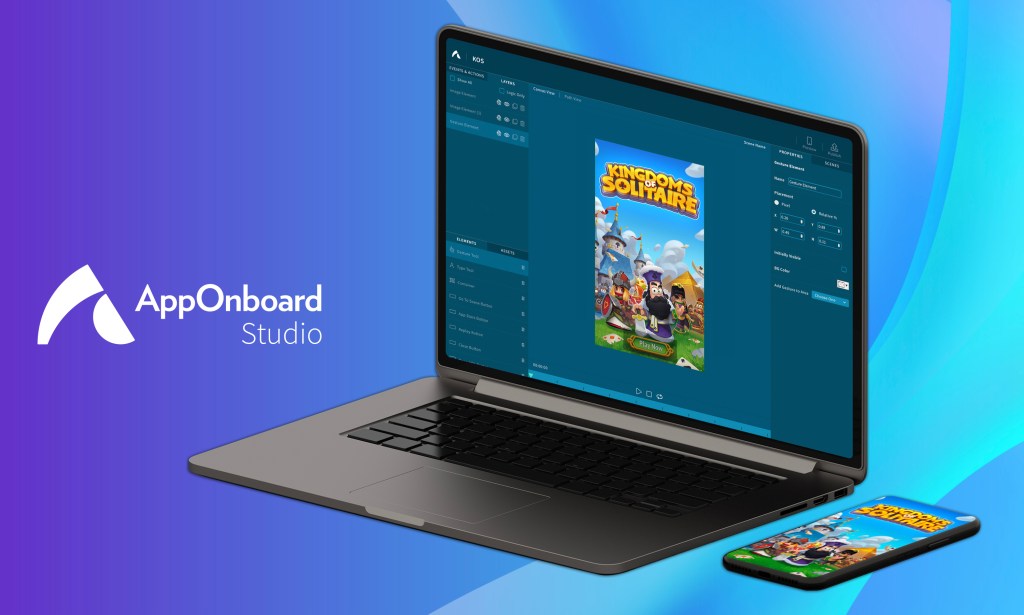 Above: AppOnboard is making it easy to build instant apps.

Today, the same tool used by those big developers is now globally available to every developer and is free to build and publish instant apps.

Earlier this year, AppOnboard opened the waitlist for their AppOnboard Studio early access program at the Game Developers Conference. During this program, many developers signed up and began to design and build their instant apps within minutes, something they previously couldn’t have done given available tools.

“We are amazed by the speed at which instant apps can be created with AppOnboard Studio and are excited by the announcement today that this tool will now be available to every developer in the world,” said Ben Frenkel, product manager at Google, in a statement.

Many of the developers participating in the early access program had previously only built apps for iOS. They utilized AppOnboard Studio to build instant apps for Google Play that could help them measure user interest before investing the engineering resources in building their main app for Google Play.

“The instant app we built with AppOnboard Studio helped us to quickly discover the excitement around our game on the Google Play Store,” said Paulo Brandao, founder of Superheart Studios, in a statement. “With 10,000 daily pre-registrations, we were confident that developing an Android version of Ocean Reef Life was worthwhile. We have now launched on the Google Play Store and have seen amazing early success.”

“We were able to design and build an interactive version of Kingdoms of Solitaire that gave players a true sense of the experience long before we wrote the first line of code,” said Ron Shellhamer, CEO of Megu Games, in a statement. “AppOnboard Studio saved us many hours, development costs, and months of development time and resources and we were able to bring our idea into pre-registration onto the Google Play store in a matter of days.”

Previously, this tool has only been available to registered partners of AppOnboard’s early access program. Los Angeles-based AppOnboard has raised $34 million.