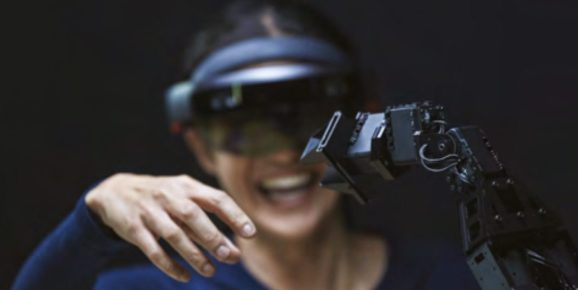 European carriers have publicly questioned whether customers will compensate them for building faster 5G networks, so it’s no surprise that 5G hardware supplier Ericsson believes the answer is yes. Now it’s backing that hunch up with a 22-country study based on over 35,000 consumer interviews, 22 expert interviews, and six focus groups, suggesting that many users are willing to pay for 5G devices and services — assuming 5G delivers genuine novelties beyond just faster speeds.

According to the Ericsson ConsumerLab study published today, potential 5G users are already questioning whether current smartphone form factors and features will be enough to make proper use of the next-generation cellular technology. Forty-three percent of recent iPhone users doubt that similar devices will properly exploit 5G; 50% believe that AR smart glasses will have a major role alongside smartphones over the next five years, while 40% expect that 360-degree cameras, folding screens, and holographic projection abilities will show up to justify 5G hardware.

Phones and wearables aren’t the only devices consumers expect will be affected by 5G. Six out of 10 users believe that 5G-connected home robots will soon become status symbols for wealthy users, while 40% think 5G access is about to become as important to cars as fuel efficiency and engine power.

Given these new features, consumers are beginning to expect large surges in their own mobile data consumption. Half of the surveyed users believed their cellular usage will “increase significantly” on 5G, while 20% think their numbers will go up 10 times, reaching 200GB in a month. Video is expected to be the primary culprit, with an estimated increase of three hours of viewing away from the home, one hour of which will be viewed with 5G-powered AR/VR glasses. 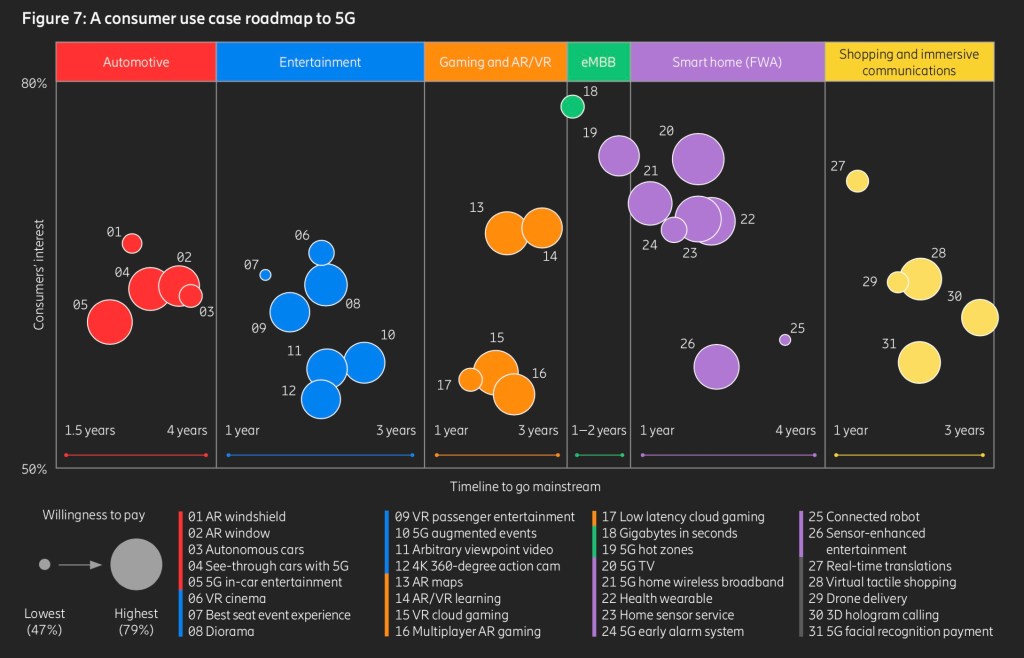 Users also expect to pay more — but not a lot more — for 5G services, most significantly for entertainment experiences ranging from video to games and AR/VR applications. Overall, two-thirds of Ericsson’s respondents said that they’re willing to pay for the additional value they’ll get from these 5G services, which are widely expected to go mainstream within two to three years. Early adopters have indicated a willingness to pay as much as 32% more for 5G service than 4G service, but on average, smartphone users say they would pay a 20% premium, assuming new functionality is included in the 5G plan.

The specific functionality customers expect from 5G varies by geography. In the United States, many users are hoping to kill their overpriced or underperformant cable services in favor of 5G streaming, while South Koreans want to start shopping with mobile VR, and Chinese users want 5G-powered smart homes. Additionally, users in densely populated cities are seeking relief from network congestion, and they expect 5G to solve that issue.

Also interesting: Based on the study, most consumers aren’t interested in paying more for some of the buzziest services companies have touted for 5G, such as drone delivery, AR-boosted car windshield displays, or robots. But carriers will be able to reel in the masses with almost anything involving video, including using 5G to stream directly to cars, TVs, and other devices.

Ericsson is framing its study as a myth-buster, suggesting that it disproves industry beliefs that customers don’t see benefits in 5G or are unwilling to pay for it, but the reality is more complicated: There appear to be at least as many people who expect to keep using devices or services the same in the 5G era as they did with 4G, and plenty of people who aren’t willing to pay any premium just for “faster” service.

That said, the study suggests that there are enough consumers already interested in 5G for carriers to start striking while the iron is hot, so there’s no need to sit around waiting for future demand. The only remaining question is how much people will ultimately shell out for new 5G devices and services.