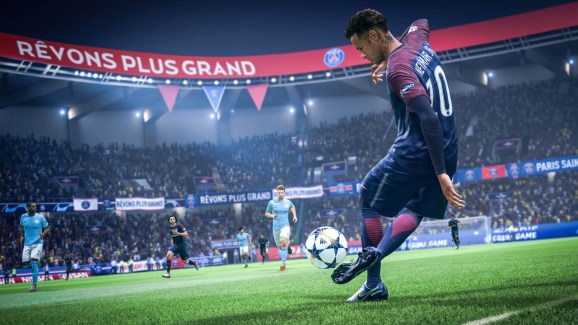 FIFA is one of the most popular franchises in video games. How popular? The soccer sim drew 45 million unique players on PC, PlayStation 4, Switch, and Xbox One during fiscal year 2019, publisher EA said today in its solid fourth quarter earnings report. EA said this included players for both FIFA 19 and FIFA 18.

FIFA might be EA’s biggest game these days. The brand has incredible power. In April, market research firm The NPD Group reported that FIFA 19 was the ninth best-selling game in the United States between March 2018 and March 2019. And in September, EA said that lifetime sales of the soccer franchise has passed 260 million copies since its first launch in 1993, with more than 193 million downloads for FIFA Mobile and over 115 million registered players for FIFA Online 3 and FIFA Online 4, which are in Asia.

During the quarter, EA also said that FIFA Ultimate Team matches increased 15% year-over-year. This is key, as Ultimate Team might be FIFA’s most popular mode. You build teams out of players you can collect — think of it as a sort of fantasy football for FIFA. And you can buy packs of new players for in-game coins or your own cash. These microtransactions help EA’s bottom line. Weekend mode engagement also doubled year-over-year, EA said during its earnings call.

FIFA 19 was the best-selling console game in Europe — a hotbed of soccer, arguably the world’s most popular team sport — in 2018.

“FIFA stands out as a robust franchise through a tumultuous year in the video game industry,” said COO and CFO Blake Jorgensen in the report.

Earlier today, the publisher announced that EA Access would be coming to the PlayStation 4 in July. FIFA is part of Access, which means more people could soon be playing the soccer franchise in the near future.