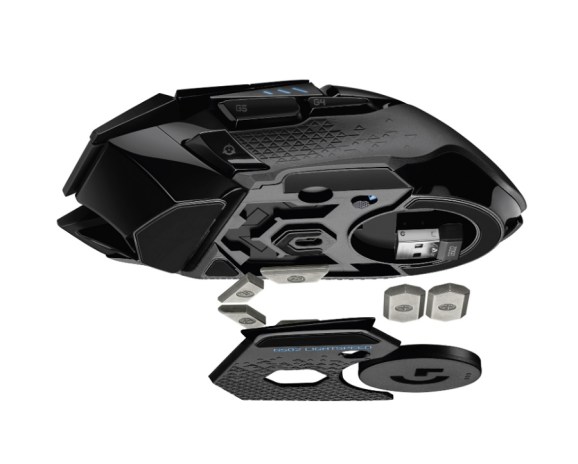 The mouse has all of the updated designs and components of the company’s past five years of gaming mouse products, such as the wired Logitech G502 Hero gaming mouse, which launched in 2018.

Andrew Coonrad, technical marketing manager at Logitech, said in an interview with GamesBeat that fans have been asking for a wireless version of the G502  — which came out in 2014 — for some time, as they like the shape and feature set of the device.

“The G502 was a cult phenomenon, with millions of gamers out there who love it,” Coonrad said. “It has a fanatical following.”

The company re-engineered from the new mouse, keeping the look and feel of the G502 while introducing wireless technology and a 7-gram weight reduction. I’ve been trying it out and it is a very fast mouse, as you can fly over a surface and scroll the wheel very quickly.

The mouse has a new mechanical and electrical design, with Powerplay wireless charging and the High Efficiency Rated optical (Hero 16K) sensor. The sensor has sensitivity up to 16,000 DPI and 400+ IPS with no acceleration, filtering, or smoothing.

The mouse has a thin-wall design, allowing for the reduction of weight and the addition of more space in the interior of the mouse to feature a bunch of components. Logitech had to add a battery and other technologies to the G502 device, and that meant a lot of engineering work, Coonrad said. 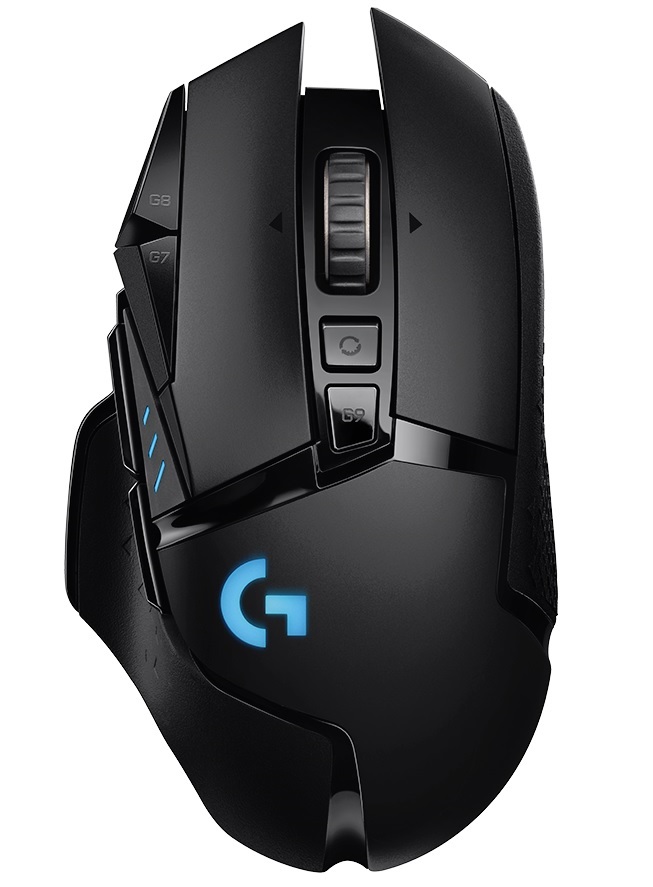 “This is a really difficult challenge,” Coonrad said. “They had to change every single component, except for one of the feet in the bottom of the mouse. This is a super-complicated product. To keep the look of the G502, we had to redo everything.”

The mouse has 11 programmable buttons that can be customized through Logitech GHUB Software to perform individual action or assign macros.

Additionally, the mouse features a dual-mode hyper-fast scroll wheel and an adjustable weight system with six weights —​​four at 2 grams and two at 4 grams — so you can adjust the weight and balance of the mouse to match your play style.

It has textured rubber side grips and a right-handed design (sorry, lefties) that has been used by millions of gamers.

In addition, the new Logitech G502 Lightspeed is PVC free and has Plastic Neutral Certification. This means that with every purchase, Logitech helps fund Plastic Bank programs that help remove ocean-bound plastic from the environment.

The mouse will be available on LogitechG.com​ and at global retailers in May 2019 for $150. It weighs 114 grams, and it gets about 48 hours runtime for battery life, which can translate to about two or three weeks of usage.

Coonrad said this wireless mouse was the missing link in the Logitech G brand’s line-up of mice.