Microsoft today released a new Windows 10 preview with File Explorer and accessibility improvements. The update bumps Windows 10 from build 18890 (made available to testers on May 1) to build 18894. These builds are from the 20H1 branch, which represents the Windows 10 update that will arrive in the first half of next year.

Update on May 10: Microsoft released build 18895 to fix issues with the Your Phone app. 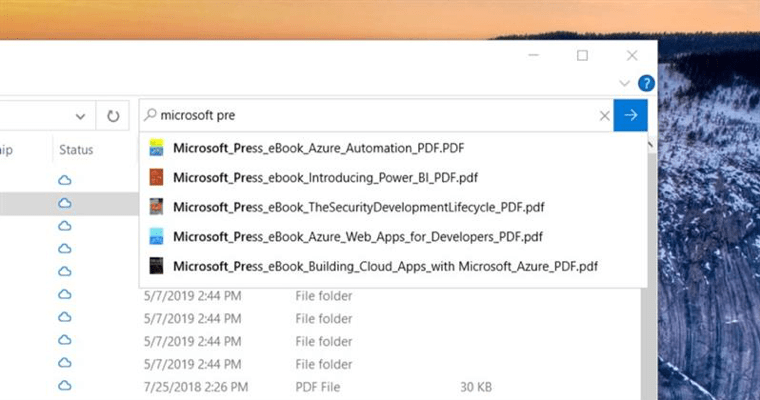 File Explorer is getting a new search experience powered by Windows Search (starting with a small percent of Windows Insiders). This will integrate your OneDrive content with the traditional indexed results. As you type in File Explorer’s search box, you’ll now see a dropdown populated with suggested files. You can click the entry in the new suggestions box or right-click to open the file location. If you need to use commands or dig deeper into non-indexed locations, you can still press enter and populate the view with the traditional search results. As you click the search box in File Explorer (or press CTRL+E to set focus to it), you’ll now also see the dropdown list with your search history.

Microsoft also shared three different accessibility improvements. The Narrator is now more efficient when reading tables — header information is not repeated when navigating within the same row or column, plus entering and exiting tables is less verbose. The Narrator can also now give a webpage summary (Narrator + S). Windows Magnifier has gained the ability to keep the text cursor in the center of the screen (on by default, but you can change it in Magnifier settings).