For any vampire, blood is life. It’s history. But for one group in the Vampire: The Masquerade role-playing series, a mere drop of blood is so much more — it’s unlocks true power. These vampires are the Tremere Clan, and they practice blood magic — the power to manipulate blood.

And the Tremere are coming to Vampire: The Masquerade — Bloodlines II, publisher Paradox Interactive announced today. As a Thinblood, you’ll be able to join this sect of warlocks. Vampire: The Masquerade is part of White Wolf’s “World of Darkness” RPG setting, where werewolves and other monsters live among us. Bloodlines II is coming to PC, PlayStation 4, and Xbox One in 2020, and it’s a continuation of the excellent 2004 cult-classic from the defunct Troika Games.

“We manipulate the blood. It obeys our command. I can make it turn on you, become your worst enemy,” a voice says in the Tremere Clan announcement trailer. “We seek knowledge. And knowledge is true power.”

And it’s because these warlocks can turn blood into a weapon that makes the rest of vampire-dom distrustful of the Tremere. And they’ve only recently come to Seattle, the setting for Bloodlines II.

Blood magic is different from the spells you know from other fantasy RPGs. Bloodlines II senior product manager Florian Schwarzer explains how it works.

“In Vampire: the Masquerade, the blood in a vampire’s veins — called ‘Vitae’ — has supernatural powers. For one, it animates these undead; for another, it allows them to perform extraordinary feats, like lightning speed or superhuman strength. The Tremere have taken a quasi-scientific look at Vitae and discovered some of the principles by which it works its miracles,” he said over email. “This in turn allows them to create and come up with new supernatural effects using their own, or others’, Vitae.” 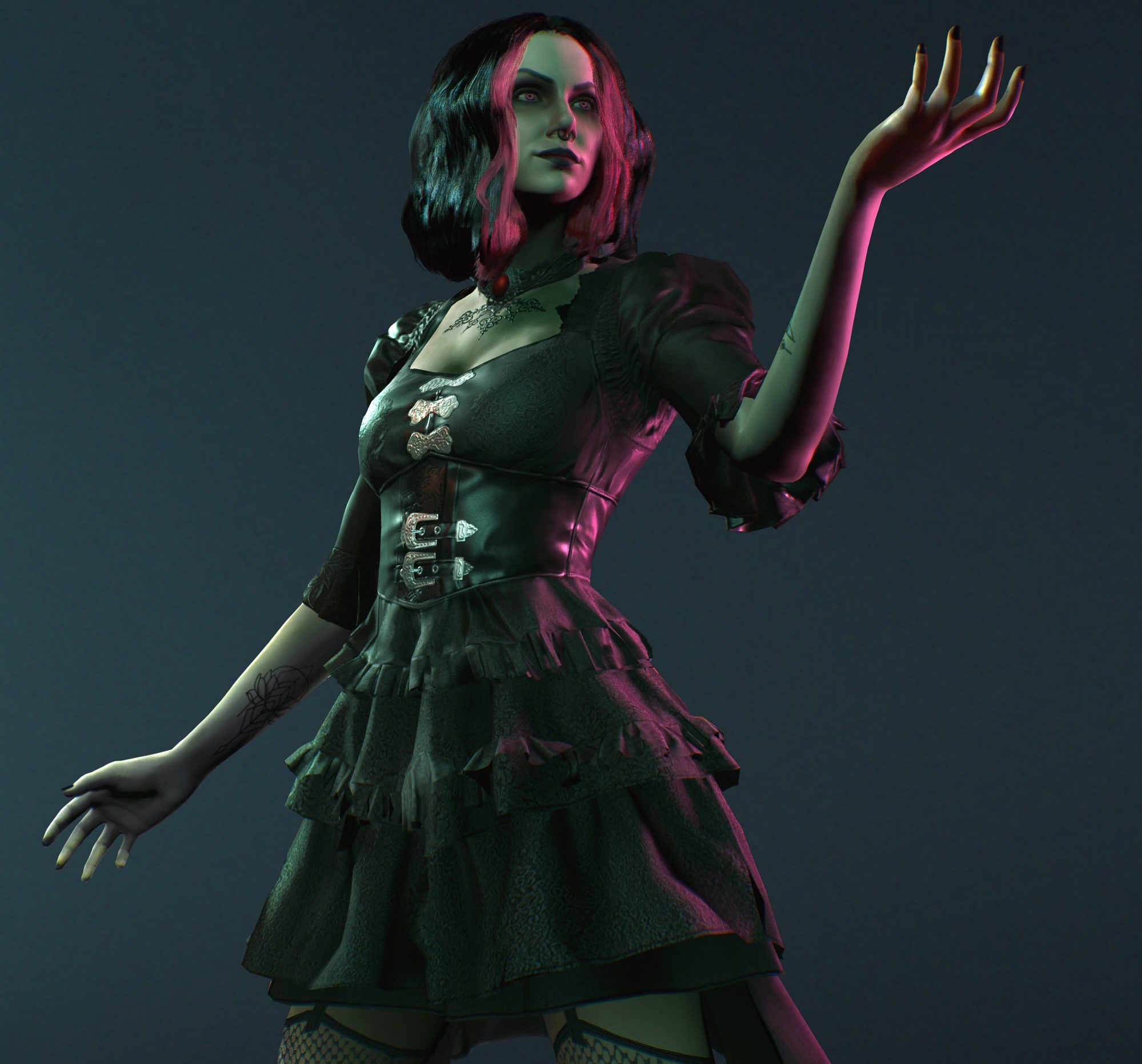 Above: A warlock of the Tremere Clan wields great power with their blood magic.

The Tremere’s blood magic comes in two forms. The first is Thaumaturgy, sorcery that uses blood to destroy. Using it in front of witnesses is a big no-no in the Vampire universe, violating the rules of the Masquerade (in which the vamps hide among humans, doing their best not to reveal themselves). Three of its powers are, according to Paradox:

The other is Auspex, and this opens the warlocks’ minds and expands their senses. This is where history, secrets, and knowledge plays into blood magic. Its use does not violate the Masquerade (these aren’t so flashy and thus easier to hide). Two of its powers are:

The Tremere-style warlock isn’t like what we’ve seen from other franchises like Dungeons & Dragons, in which otherworldly patrons provide the magic user their power.

“Very often, the ‘dark wizard’ is an outsider and loner, exiled to some sinister tower far away. Playing as a vampire, as a monster among monsters, flips that on its head,” Schwarzer said. “The Tremere are often one of the centers of vampire society. It’s exchanging the dank dungeons and craggy mountain tops for old-school reading rooms and scientific conferences.

“Of course, the subjects discussed in those gatherings might unsettle even a hardened sword-&-sorcery warlock.”

The Tremere were in the first Vampire: The Masquerade — Bloodlines. And the clan was involved in one of the so-called “good” endings, Schwarzer said.

“That game introduced you to L.A. in an uneasy peace after a civil war among vampire factions. In that world of wary fighters, ambitious upstarts and broken monsters, the Tremere’s chantry was a place of stability and purpose. Of course, you could never be quite sure what that purpose really was — they’re vampires, after all. … ” Schwarzer said.

The traditional role of the Tremere in Vampire: The Masquerade is of a power behind the scenes, one that could be more foe than friend.

“One of the things that make the clan interesting to me is that the Tremere have changed over time. When you go back to the very beginning of Vampire: the Masquerade, the Blood Sorcerers felt a bit like antagonists: the soft-spoken, cultured ones that you’re never quite sure haven’t already decided which arcane experiment to bleed you dry for. Add to that the rigid, inscrutable organization — the ‘Pyramid’ — that backs them up, and you’re looking at a real menace even among vampires,” Schwarzer said.

But this resonated with players. So the Tremere evolved (which kinda fits their kit).

“Thing is: That also made them really interesting to players. So things shifted a bit,” Schwarzer said. “The Tremere are still distrusted — arguably for pretty good reasons. At the same time, they’re too powerful (and useful) to ignore: In many cities, they’re advisers or the proverbial power behind the throne. Very recently, the leaders of the Pyramid were assassinated. Suddenly, unlife as a Tremere has become a lot more dangerous — but also more free than ever before.”