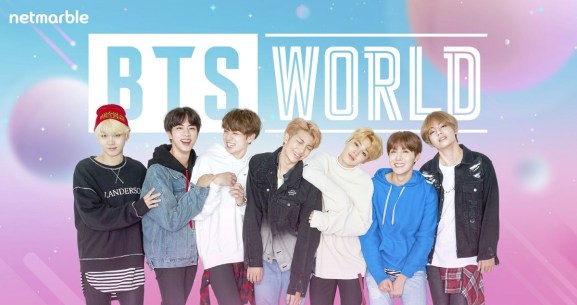 Hey old folks. I’m ahead of you. I know who BTS is, since my kid went to one of their K-pop world tour concerts in Los Angeles. And so I know it’s a big deal that BTS World, a new mobile game coming from Netmarble, has now opened for pre-registration.

The mobile game will feature exclusive photos and videos from the group, which is breaking out from K-pop fandom into worldwide superstardom.

Created in conjunction with the global superstars, BTS World will be a is a story-based mobile simulation game that takes players on an interactive journey. It reminds me of Kim Kardashian: Hollywood from Glu Mobile. Clearly, that is what Netmarble is thinking as well, as the South Korean mobile game company invested $190 million in BTS’s music label.

“BTS World was developed with the players in mind from the very beginning,” said Seungwon Lee, Chief Global Officer of Netmarble. “Not only do they get to experience something entirely different, but they’re also getting access to a tremendous amount of new and exciting content we created with BTS specifically for the game.”

The pre-registration site will also give players a first look at BTS World, including a game introduction, a BTS story, and “From BTS” – a special sneak peek of the game’s “mobile function” that lets players interact virtually with group members. In addition, the site will feature a mini game, pairing players with the member they match with best as a manager through a short series of questions.

The game will be released worldwide for iOS and Android devices. This is going to be a little different from Netmarble’s other games, which include Lineage 2: Revolution, Marvel Future Fight, Everybody’s Marble, and Seven Knights.