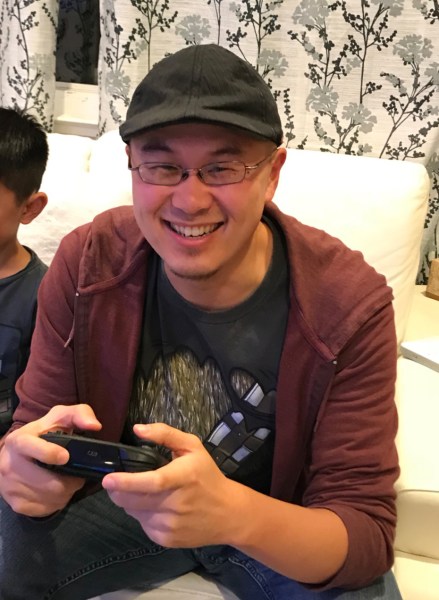 GamesBeat: What were some things that transpired after all this success? How did everything play out for you and for the franchise?

I gave them my thoughts, where I was coming from, which was — I’m a creator. That’s what drives me. For a lot of people like me, the reason they would do a sequel is, “I made this game and it’s really good, but I was forced to release it before it was truly polished and there were features I thought of, and I really wanted to add, but I ran out of time.” You see the full potential of what the game could be, but you didn’t get to make it the first time, so the sequel is a chance for you to complete the game you always wanted to make. Or sometimes the game comes out and then you hear people review it, and they love it in a lot of ways, but there’s something missing. “Hey, I’d love to see this in a sequel.” Then you think, “Okay, I want to make that game now.”

In the case of Plants vs. Zombies — you asked me earlier how long it took. It took three and a half years to make, which surprises a lot of people, based on the scope of the game. I think we could have released it a whole year before that. The game was essentially done. It was in a state that I think a lot of people would be proud to release. But we spent a whole year after the game was done polishing it to a sheen. That’s a big part of what ended up making Plants vs. Zombies stand out so much — all these extra modes we added afterward, the extra time we had to play through the campaign and get everything tuned correctly. 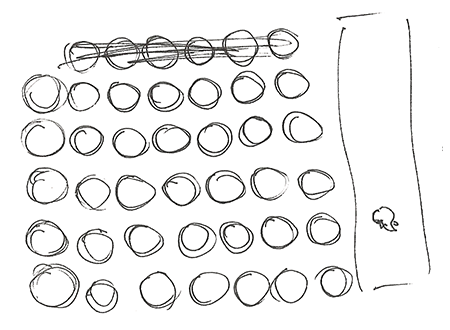 Above: George Fan decided on five lanes for Plants vs. Zombies.

I felt like, as a creator, I’d already made the game I wanted to make. There was nothing I wanted to add to it. So when they asked me if I wanted to make a sequel, I really knew it wouldn’t be that fulfilling to me. The drive wasn’t there. Also, I’m a fan of putting myself in the place that’s most needed. For instance, Plants vs. Zombies was a new IP that came out of nowhere, that was born from my brain. I wanted to do what I felt like was going to be best and spin up another new IP. I thought that was the most unique thing I could offer PopCap, and it was also the problem I wanted to solve, the kind of thing I wanted to work on. It wasn’t in so many words, but I said all that to PopCap. So I had the opportunity to work on Plants vs. Zombies 2, but instead I started working on a new game. I wasn’t officially on the Plants vs. Zombies 2 team.

However, I’m still very — I wanted it to succeed because Plants vs. Zombies is obviously very near and dear to me. I did spend a good amount of time early on with that team. I had a lot of phone calls with the team. “This is what makes Plants vs. Zombies what it is. You’re doing a sequel, so here’s what you have to think about. You have a lot of challenges. PopCap is a company that makes stuff accessible to all. You have to maintain that. You need to do a ramp-up all the same, easing people into Plants vs. Zombies 2, but you also have to take into account that a lot of people will come in having played Plants vs. Zombies and learned all this already. How do you cater to both audiences? How do you make sure the people who’ve never played a Plants vs. Zombies game are being handheld correctly, while you’re not boring the people who have played it?” Early on, then, while not being officially part of the team, I did work with them a lot.

GamesBeat: How long did you stay at PopCap?

Fan: I don’t remember exactly. I want to say maybe 2013, maybe four years after. It feels like a long time.

GamesBeat: Is there a brief description of why you left?

Fan: I joined PopCap to make the best games I could. I have a bunch of games I want to make and I want to make them the best I can. I think that while Plants vs. Zombies was being made, PopCap did — props to all of them. Having worked on games before and after that, they facilitated the process of making Plants vs. Zombies, made it so smooth, it was really — I look back and I feel like it was a special time. I felt like that’s what allowed me to do my best work.

As the industry changed, first it was a race to the bottom in the App Store. Like I mentioned, Plants vs. Zombies cost three bucks. Because of the way the App Store was structured, where it’s not about gross price — it doesn’t matter if your three dollar game sells makes three times as much money as a one-dollar game. The one-dollar game is still going to be higher in the charts because it sold strictly more copies. That’s the way the App Store was structured. It was just based on units. You wanted to get to the top of the charts, because you’d get recognized and naturally sell even more. I feel like that’s what caused people to price their games lower and lower. 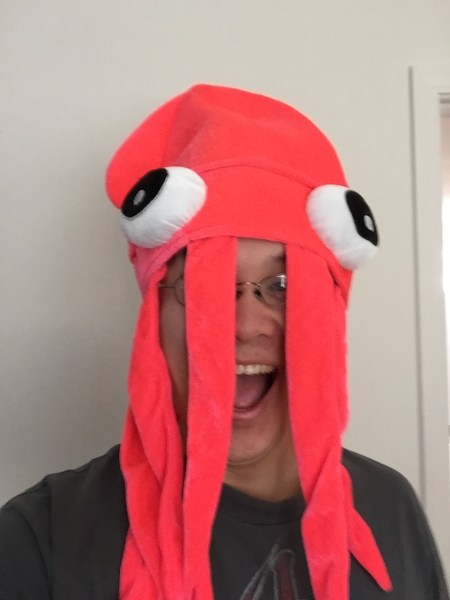 Above: The zany George Fan

It also changed the appetite among users of the App Store. If everything is 99 cents, then you look at a two-dollar game and think, “That costs way too much. Why bother with that when I have all these great 99-cent games to play?” For some time, 99 cents was the lowest you could pay for a game, until — I don’t know who first said, “What about free? That’s where you can go that’s lower than 99 cents.” And then how do you make money? Make it free, but charge for stuff in the game after the player’s already in.

That’s how the App Store evolved, and PopCap was directly in that segment of the industry. This was all happening. I guess I’ll say that not all of the ways things were evolving led to games being more fun overall. There are some aspects of this business model that make it so — you’re not making games to be fun anymore. You’re playing to — here’s the stuff that addicts players, that makes people come back. You’re implementing these strategies to hook people, but they’re not necessarily having fun with your game anymore. They’re compelled to play because they need to increase their level or feel like they’re making some other kind of progression. But if you asked them, “Hey, take a step back. Strip away all of this. Is the moment to moment gameplay fun for you?” in a lot of cases I bet the answer would be no.

My initial mission in coming to PopCap was to make the best games I could. I wanted to make them as fun as possible. Meanwhile, this divide started forming between me and a lot of the rest of PopCap. “George, you gotta understand, this is where things are trending. This is where the money is being made now. The stuff you value is just becoming a lot less viable in our market.” That rift got big enough that it didn’t make sense for us to work together anymore. That’s the way I see it.

GamesBeat: It was almost more over business model thinking, then, as opposed to things that had to do more directly with game design?

Fan: Yeah, it was really the business model. That’s what caused the rift, I would say.

GamesBeat: We had our GamesBeat conference last week. Some of the guys were talking about going into blockchain games. Their reason for doing so is that it can change the business model. They felt like free-to-play is so broken because it puts the developer at odds with the player. 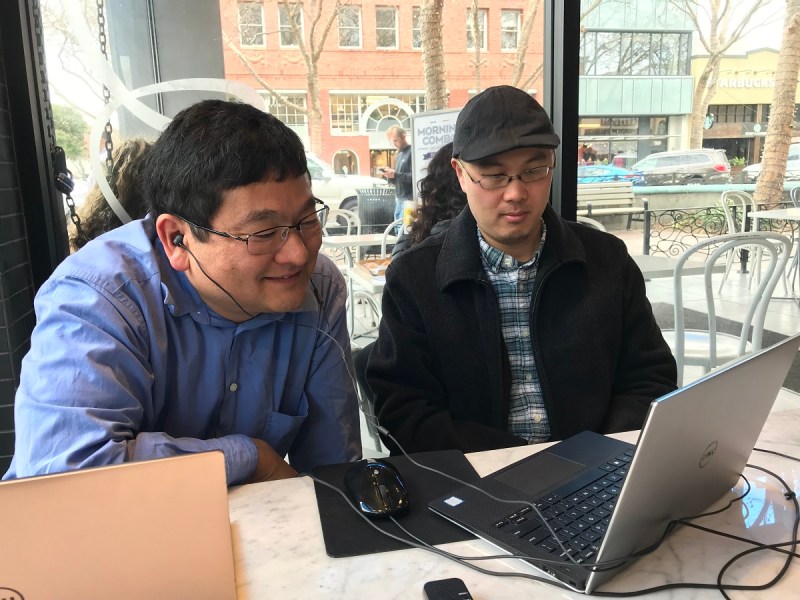 Above: George Fan (right) shows off Octogeddon to Dean Takahashi

GamesBeat: You have that balancing problem. How does a guy who paid $10,000 square off against somebody who’s paid $5, or never paid anything? How do you balance that game? If free-to-play is broken, in some way it validates your thinking back then.

Fan: I recently thought about this. We were talking about when the App Store first opened. I remember those times. It was pretty awesome, I thought, in that — I would download a bunch of games on my phone. I’d find this cool little tower defense game or something. I’d be playing 10 games at once and they were all unique and interesting.

Now I don’t play all that much on my phone like I used to. In some ways, I’m sad about where the mobile game market has evolved. A lot of the games that are there now just aren’t for me. But I’m hopeful that parts of this trend are reversed, some of the things that are problematic that you mentioned.

Another thing is, the games are designed — a lot of them are presenting you with an obstacle, and either it takes 10 hours for the building to build, or you just can’t build it at all until you pay up in real money. It’s not very satisfying to me to bypass a challenge by paying money. I don’t feel like I accomplished it. I feel like my money accomplished it. I don’t get a sense of achievement.

People complain about grinding in video games sometimes, where you have to farm a level for more cash to save up to buy the sword you always wanted. Yeah, if that’s not balanced correctly, that can be a problem. But I always felt way more satisfaction when I was willingly — when I wanted to spend my time and I had a goal in mind. I want that sword and the only way to get it is to play this level a couple more times to get the cash for it. That always felt more satisfying to me than just spending $5 out of my wallet to get it instantly.

Also, I feel like in the first case, the game designer balances the game so that it’s about the right pace. It’s not overly tedious to get that sword. You have to maybe replay a level a couple of times, but there’s still enough interesting things happening at that point that it doesn’t feel like a complete grind. Whereas I feel like the way things are balanced in some free-to-play games is they want it to be extremely tedious. “Yeah, you can do this level 100 times to get the sword, or you can pay the $5 and get it now.” They have to make it an obstacle. I feel like that throws things out of balance for the people who don’t want to pay. It makes for a way more tedious experience.