GamesBeat: How did you apply some of the lessons you learned to Octogeddon?

Fan: Whenever I sit down to make a game, I always make sure it’s a game I want to play. What kind of game is Octogeddon? It’s not going to be a game where things are artificially inflated to be more tedious. I never thought of Octogeddon’s business model to be anything but just paying up front to get everything. Once you’ve done that you don’t have to think about your wallet anymore. You just enjoy the experience the game designer has brought to you. Never at any point do you have to re-evaluate whether you want to spend any money to bypass any of the game. It’s the classic game experience I’ve enjoyed in the past. I wanted to bring that part of it to people who are looking for that kind of experience. 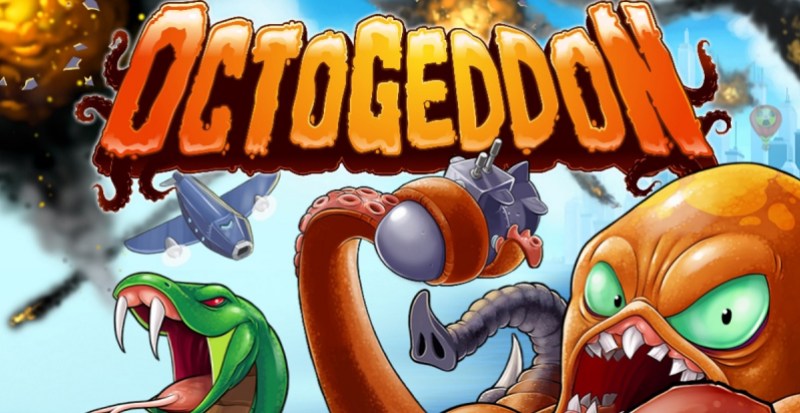 Above: Octogeddon debuts on Steam on February 8.

GamesBeat: How did the game turn out, from your perspective? I don’t think we ever caught up on the post-mortem.

Fan: I don’t know if you’ve heard, but it’s coming out on Nintendo Switch in a couple of weeks. That’s super cool. That’ll be a tremendous platform for it. I’m extremely proud of the game and how it turned out. There’s so much charm to it. On the one hand, it’s hard to describe. It was hard to pitch the game, because it’s unlike any game before it. I’ve never played a game where you’re a Swiss army octopus and your controls are basically spinning your many limbs, each of which does something different. That experience is very unique. I haven’t seen anything like it. On all those fronts I’m proud of what we did. I’m very hopeful that the game does well on the Switch. It’s a prime platform for it.

GamesBeat: Was there any feeling that you had hoped it might be the same kind of cultural phenomenon again?

Fan: That’s a problem I’ve been facing as a developer. I’ve heard war stories from other developers — making their magnum opus, making something where you can’t dream of it becoming that much of a phenomenon. I had that with Plants vs. Zombies. When that happens, how does that affect you afterward? I don’t think it would have been healthy for me to say, “I made Plants vs. Zombies. Look at how many people it impacted. Look at the reach it had. Look at how much of an insanely polished game it was, how many people loved it. Now I want to try to top that.”

I don’t think that’s realistic. It can actually do a lot of harm to think that way. But it’s tricky, because as a creator that’s all you want to do. You don’t want to be complacent and say, “I did it, and now I’m never going to do anything that remotely compares.” But if I did everything from now on with the goal of topping Plants vs. Zombies, that’s too much pressure.

I feel like creativity flows best when there’s the right amount of pressure. There’s the Goldilocks zone of pressure. Too much of it and you have no room to be truly creative, because there are all these constraints. It has to sell this much, do this well. You’re not free to have this wild idea over here. It’s not scientifically proven to make this much money or reach this many people, but it sounds cool, and it could be really fun. If you’re in that mindset I talked about, you’d cast those ideas aside. You don’t follow these paths of, “What if I did this interesting weird new thing?” 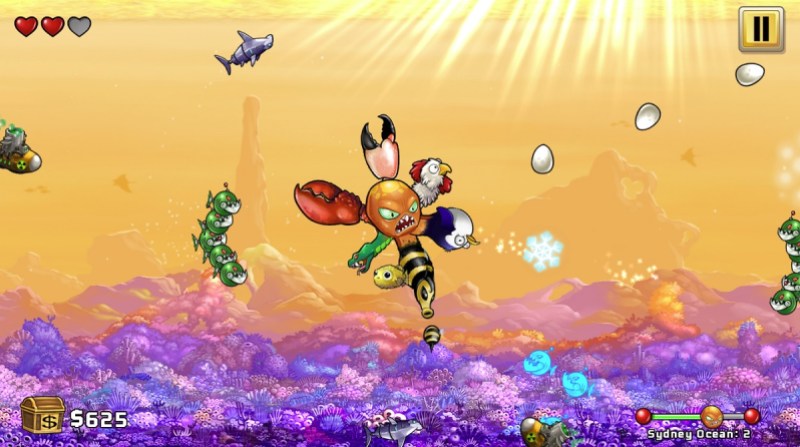 Above: Octogeddon adds more arms and weapons over time.

GamesBeat: You chose the harder road, which was to not do a sequel, to do something original, and to try to do something that was of good impact. You didn’t want to just do a small game after you did such a big game. You wanted to move higher.

Fan: I feel like I have a lot more to say. The best use of my time is less — someone else could take the helm of Plants vs. Zombies and theoretically do a good job of continuing that series, being a steward of that series. I just felt like my time would be — one of the things that I excel at is coming up with new mechanics and new kinds of gameplay. I felt like if I didn’t do that, there’s more of a void out there. If I wasn’t me, I would want me to do that. [laughs] I love playing new games, new game concepts. That was just better servicing the world, if that was the path I took.

We were also talking about what it feels like to be in the shadow of Plants vs. Zombies. Having created something like that, that much of an achievement, creatively speaking — in a lot of ways I’m done. I don’t really need to — I don’t predict that I’m ever going to top that. Not every creator is even given the chance to do something of that magnitude.

GamesBeat: How do you go on, but also try not to put that pressure on yourself? There’s probably some advice for developers there about how to mentally deal with this challenge.

Fan: I’d say that I try to trick my own mind. [laughs] It’s tough. Your mind is smart about it. There are ultimately things you can’t change your viewpoint on, but if you have a goal of where you want your mind to be, that definitely helps. Being aware of it. It can actively damage things to think in the form of, I have to always top my previous accomplishment. That’s great motivation while you’re starting out and building up. Every game you make is better than the last one. But after you’ve done something on the scale of Plants vs. Zombies, I don’t think it’s productive to think that way.

At the same time, because you’ve been motivated by that for so long, it’s almost like an instinctual creative need. You just have to keep actively telling yourself, “That’s not healthy.” Your goal now should be — you still have things you want to make. You want those things to be as good as possible. But it’s not healthy to think of them in terms of, you have to top something as colossal as Plants vs. Zombies. You just can’t think that way. It puts the wrong kind of pressure on you. You feel confined. You have to do everything almost too scientifically, too by the book. You’re not free to explore some of these wilder ideas you might have.

It’s also sort of like setting — I know I can’t quite change exactly what I’m thinking, but here’s where I want my mental state to be. Recognizing what might not be healthy for you, so you spend less of your time thinking in those terms. There’s going to be some instinctual need to feel that, because that’s just what a lot of the drive for coming up with this stuff in the first place is about. You want to improve. You want to get better. But nowadays I think of new games as — here’s a project on its own. I’m not trying to think of it in the scope of what I’ve done before. I’m just tackling it in isolation, sort of. I want to make this the best product I can without the pressure of having to top my previous thing.