Even if you were expecting this news, the latest research confirms it: “High-performance” VR platforms are increasing in popularity while “mobile VR” is declining. Users, developers, and manufacturers all appear to have given up on Google’s and Samsung’s smartphone-dependent VR accessories, suggesting that we’re finally witnessing the dying last gasps of that category — at least, as we’ve known it.

If there wasn’t already enough evidence of mobile VR’s collapse, consider this week’s I/O conference. Having aroused suspicions by saying nothing about its Daydream VR platform late last year, Google again remained silent on the subject during its I/O keynote. It hammered more nails in the coffin by leaving Daydream support out of its latest Pixel 3a phones, and telling reporters that it’s now focusing on VR services instead.

Google’s wake-up call to Daydream users and developers follows Samsung’s silent exit from the mobile VR market last year. Though the Galaxy S9 and Galaxy S10 technically work with 2017 Gear VR sleeves, those and older Gear VR accessories were discounted for rapid removal from most store shelves, and stopped getting mentioned at Samsung events. 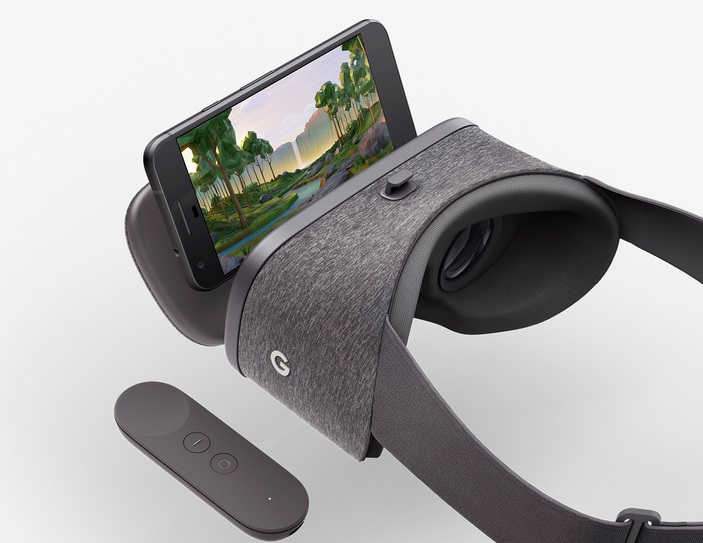 A few months ago, Google’s and Samsung’s departures would have left the mobile VR pool empty, but Nintendo decided to jump into the water last month with cardboard Labo VR kits. Feel free to debate whether they’re “mobile VR” (they use Switch handhelds rather than smartphones) or whether they’re even true VR (the hardware is barely stereoscopic, has no headstrap, and is both low-res and low-frame rate), but if Google Cardboard qualified as mobile VR, so does Labo.

Normally, the late entry of any company wouldn’t be enough to keep a dying category alive, but we’re talking about Nintendo — a seasoned portable device maker that doesn’t care about “high performance” hardware, just about fun. Even though the company blew it with Virtual Boy two decades ago, the Switch is hot right now, VR still intrigues millions of people, and Nintendo has incredible distribution. If anyone has a chance to sell tons of cheap VR kits in 2019, it’s Nintendo.

That said, it doesn’t take much time actually using Labo VR to confirm that it lacks for compelling long-term experiences, just like its non-VR Labo predecessors. Users who buy the full $80 set will likely spend more time assembling cardboard accessories than actually playing Nintendo’s simple VR minigames, which range from seemingly unfinished demos to lightly interesting fetch quests. Worse yet, VR DLC for Mario Odyssey is over in less than 15 minutes, and a VR update to Zelda: Breath of the Wild update will have you nauseous and/or bored within 10. If Nintendo can’t make Mario or Zelda VR experiences worth playing, best of luck to everyone else. 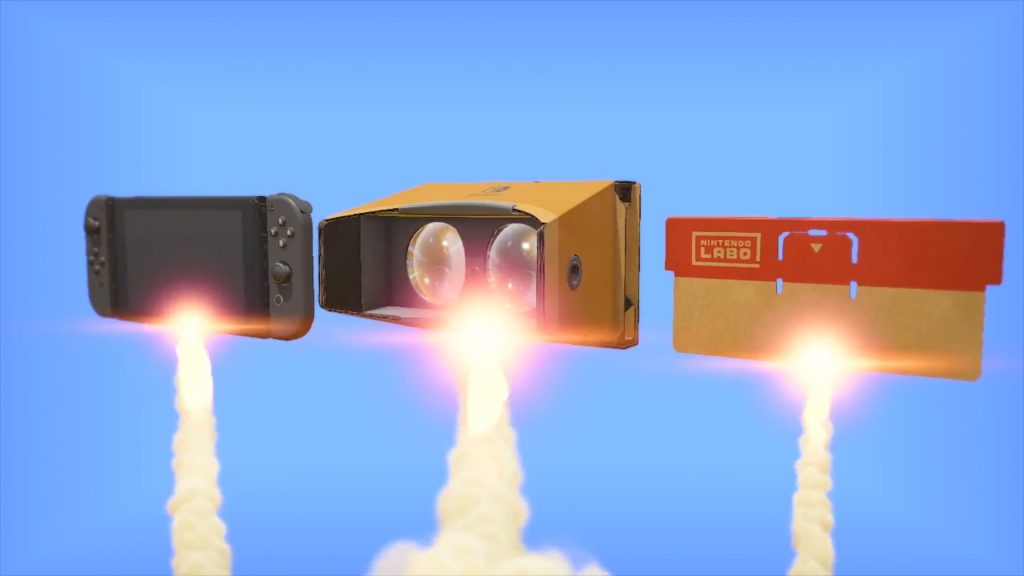 Mediocre experiences like these are the reason mobile VR earned its bad reputation. After going out and spending $80-$150 on a Google, Nintendo, or Samsung VR accessory, the most common user experience appears to be a series of short, not particularly impressive VR sessions that lead the user to shrug and toss the accessory in a drawer. Some users keep the headsets around for the occasional video or game, but without significant investment from platform developers, the devices get trapped in a never-improving cycle: Developers see low usage and cut back on creating content, then users keep exiting due to the lack of new content.

Today’s IDC report on typical usage of high-performance VR devices suggests that mobile VR isn’t the only segment of the market suffering from this problem. Even higher-end headset owners tend to spend six or fewer hours per month in VR, with only 12% reporting 16 or more hours of monthly use. But the paucity of quality experiences is most keenly felt in the mobile VR category, perhaps because smartphone users have traditionally been unwilling to pay much for software, and only bought into VR  because there were cheap accessories.

Though mobile VR appears to be on its deathbed, I’m not ready to declare it dead quite yet. For starters, we haven’t seen Labo VR’s initial sales numbers on the ultra low-end; additionally, something new and not entirely dissimilar is coming soon, though whether you call it high-end “mobile VR” or low-end “tethered VR” depends on your perspective. 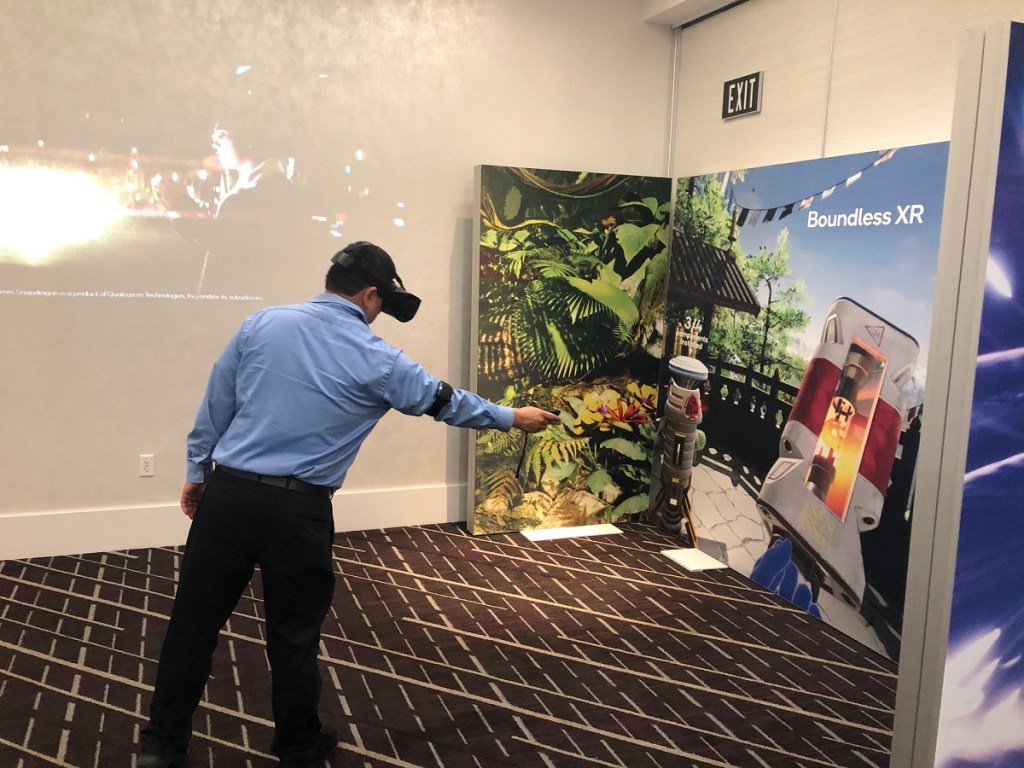 Qualcomm’s XR Viewer initiative will let Android phone users replace clunky cardboard and fabric smartphone sleeves with mixed reality headsets that resemble glasses and have their own optimized screens, relying on tethered phones mostly for processing. Compatible phones will pack much faster Snapdragon chips than the ones inside last-generation mobile VR devices, and the hardware will support both augmented and virtual reality.

These XR Viewers and whatever Apple is working on will unquestionably put pressure on developers of existing “high-performance” VR hardware. As smartphone-dependent VR/AR/XR devices are en route, my belief is that companies such as Sony, Oculus, and HTC need to seriously rethink their pricing strategies, though I’ll be the first to admit that doing so won’t be easy.

IDC’s report suggests that hardware bundle and software prices are top issues for potential VR consumers, and anecdotal evidence appears to back that up. PSVR sales shot up during the holidays when Sony debuted new bundles, released new games, and cut prices. Samsung tried to launch a premium Odyssey+ tethered PC headset for $499, but within months was offering steep (40%) discounts to move units. Soon thereafter, Oculus reportedly nixed its plans for a higher-performance Rift sequel in favor of something much simpler, which it decided to keep at a $400 level.

Market confusion is going to be another issue. Consumers now have more VR hardware choices than ever, yet are seeing some established players abandon their platforms. No one wants to invest a lot in a piece of hardware that might not be supported a year or two from now. 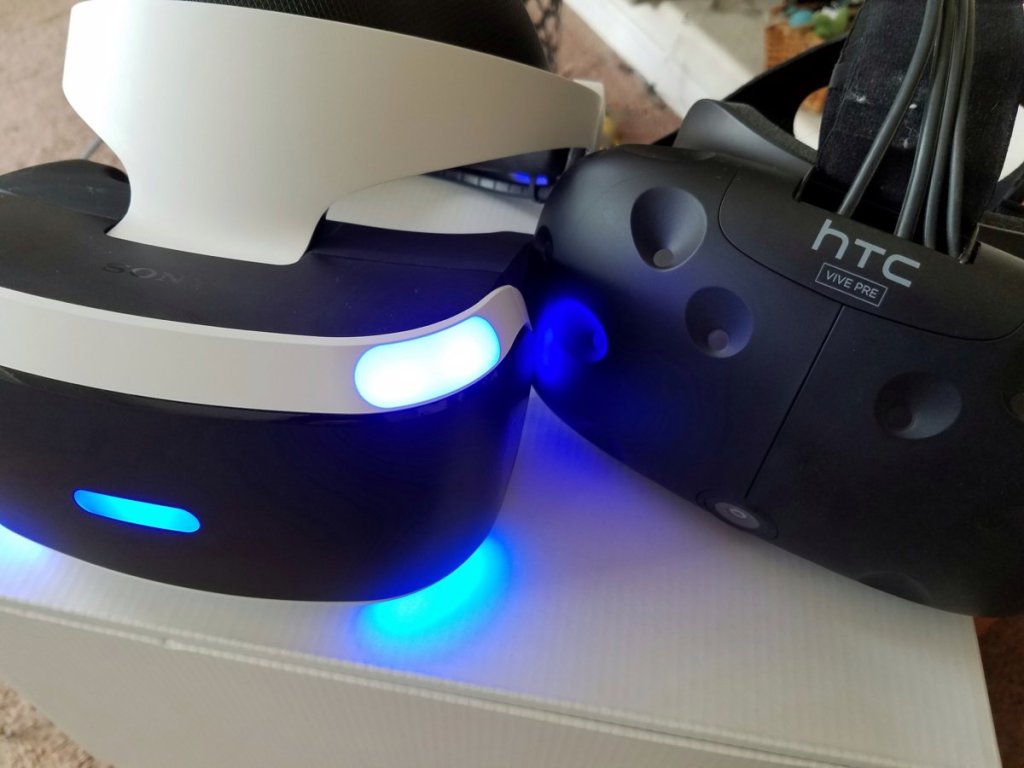 Above: The PSVR sitting alongside an HTC Vive.

My take: VR hardware makers shouldn’t be looking at the remaining market as divided into “low-end” and “high-end,” but rather as “mass market” and “non-mass market.” Years of evidence suggest that VR headsets priced over $299 are not going to be mass market; sales will be measured in the tens or hundreds of thousands, not millions. By contrast, there’s good reason $199 and $299 price points have been considered magical consumer electronics product inflection points for so long. For every company that succeeds in breaking that rule, there are legions that foolishly think they’re immune, and fail trying.

We’ll have a pretty good sense of where things are going after we see what happens this year with Facebook. Last year, Oculus Go launched as a standalone VR platform for $200, but accomplished the feat by using a limited mobile chipset and cutting other corners. Consequently, it achieved mass market sales, but can’t be used for much more than playing videos and similarly passive activities.

As a result, Oculus Quest seems to exist solely as a way to offer the additional processing and tracking features Go could never have included for $200. Yet at twice the price, Quest is no longer mass-market cheap, and it’s still underpowered. Since nothing VR-related seems to achieve velocity at a $400 price point, it’s unclear whether it will actually sell.

Given all the new devices that are hitting the market, it’s going to be an interesting second half of the year for emerging VR platforms. Though mobile VR as we know it is unlikely to be as important going forward as it was in the past, established VR device makers such as Sony and HTC need to start planning now for plenty of change in both the tethered and standalone markets; both could soon be dominated by very different players.