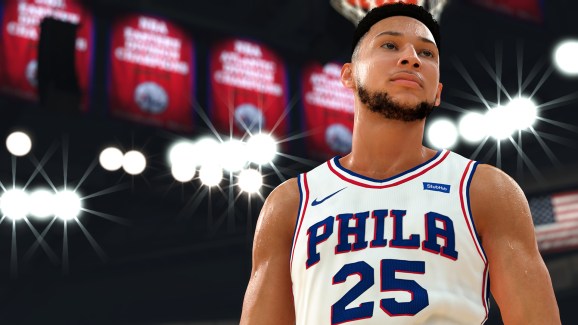 Despite its success — along with ongoing sales of Red Dead Redemption 2, and player spending in Red Dead Online and Grand Theft Auto Online — Take-Two missed analysts’ expectations for its fourth-fiscal quarter earnings (ending March 31, 2019). But 9 million isn’t too shabby, as it means that NBA 2K19 is responsible for roughly 10% of the franchise’s total sales of 90 million. And that’s less than a year after its September 2018 launch.

As in past entries, NBA 2K19 has a big set of single-player and online modes. It also has a variety of microtranscation bundles that players can purchase, such as using real money to get more cash in the game (known as Virtual Currency). Recurrent spending (which Take-Two defines as in-game money, downloadable content, and other extra purchases) grew 20% overall for the publisher.

The NBA 2K series has been the most dominant basketball game on consoles and PC for a while now. Its only real competitor, publisher EA’s NBA Live games, have failed to keep up.

In January, the NBA and Take-Two extended their partnership, with the publisher promising to pay the pro basketball league $1.1 billion over the next seven years.