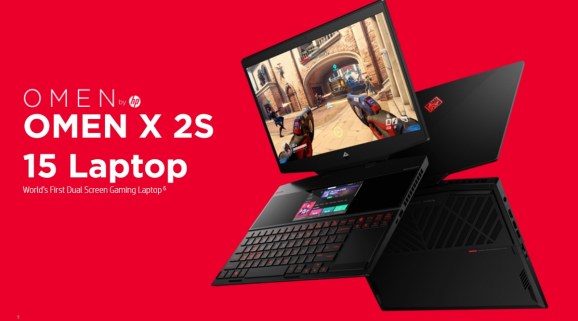 HP unveiled a slew of new products for gamers under the Omen product name today, such as the HP Omen X 2S 15-inch laptop. The machine is HP’s first dual-screen laptop.

This is pretty out there, like Razer’s Project Valerie, a three-screen laptop, from a few years ago.

One of the interesting things that HP discovered while doing the market research for the product was that a lot of players, particularly those in China, use a second screen in the form of a smartphone when they play games on devices such as laptops. They use it for instant messaging and various chat platforms.

Gamers have to keep track of the game, multiple browser windows, chat, and so HP is going to make that available to them all in one device, said Angelica Yang, NPI content manager for gaming at HP, in a  press briefing.

“Enthusiasts are always looking for new technology,” Yang said. “Gamers can be immersed, all with one device.”

Users can maximize the view of any given part of the screen at once, she said. The laptop includes Intel 9th Gen Core processors, Nvidia GeForce RTX graphics, Nvidia MaxQ, and thermal solutions such as a 12-volt fan, and various thermal channels.

HP’s Omen X maximizes the use of high-end hardware for gaming, while Omen as a brand is focused on a broader group of gamers. 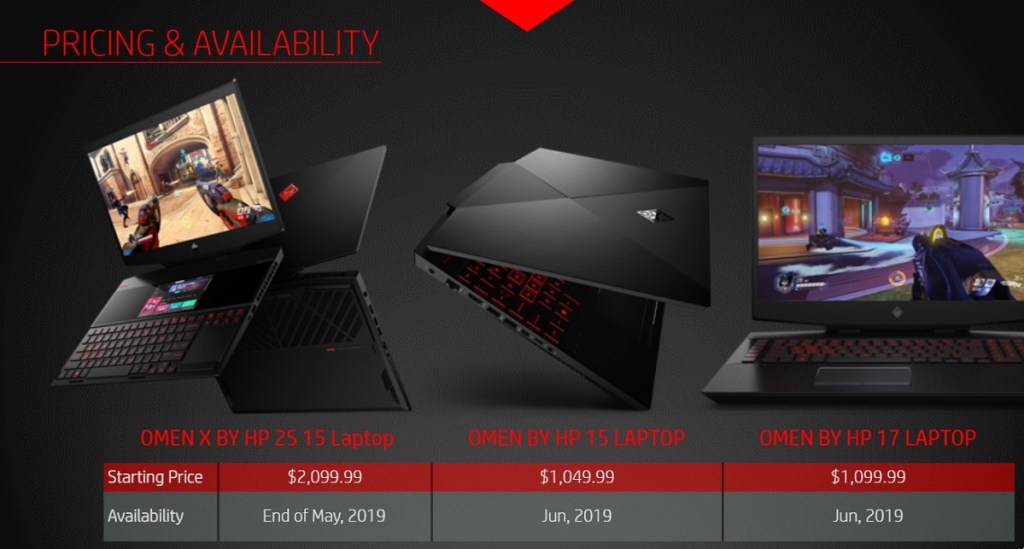 Above: HP Omen laptops and their pricing.

HP is focused on today’s gamers, not the stereotype from five years ago. For instance, women are new 46% of all enthusiast gamers, according to market researcher Newzoo.

“We understand they are very diverse,” said Judy Johnson, director of Omen product management, in a press briefing.