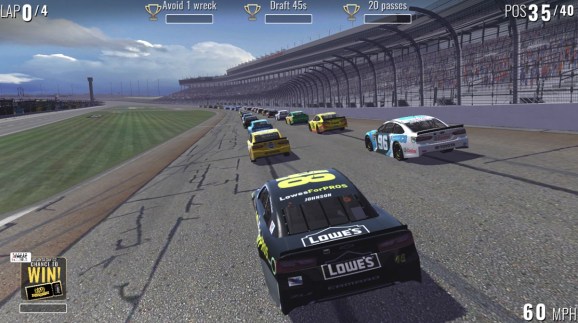 Racing games are getting more and more realistic.

iBuypower and Toyota Racing Development are creating a training center where professional NASCAR drivers can train on simulated race tracks.

iBuypower will provide the computer hardware at the Toyota Performance Center in Cornelius, North Carolina, where race drivers can train on simulated race tracks.

The gaming hardware area within the facility will provide both a recreational space for pro drivers as well as training simulators that will allow them to hone their real-life racing skills
through interactive gaming.

iBuypower provided 21 gaming rigs including desktops, laptops, monitors and peripherals to complete the gaming center. Those PCs can be outfitted with racing game peripherals, but the main point is to get drivers familiar with all sorts of racing tracks.

“Countless professionals and everyday consumers use our systems for the competitive edge they need to rise to the top of their fields,” said Darren Su, executive vice president of iBuypower, in a statement. “It’s exciting to imagine what it can bring to the drivers through games and simulators, translating that experience into increased performance on the track.”

In an interview, Su said that the improvements in both computer hardware and games means that they are increasingly useful for simulations, where it can be easier and less scary to learn how to do something like drive a race car than it is in real life.

The Steam-powered game iRacing is assisting in the cognitive development of the game center’s users. Video games based on driving have a proven history of enhancing the real-world track knowledge and timing of racers. A 2016 New York University Shanghai study reported an increase in visuomotor skills from participants after five hours of fast-paced gameplay.

“Hand-eye coordination is a skill that every racer needs to keep sharp,” said Jack Irving at TRD, in a statement. “When you’re going 200 mph on a track, you need to be able to make split-second decisions. iBuypower’s contribution will strengthen the reaction time of our drivers and keep them at the height of their game.”