Nolan Bushnell is often called the father of the video game industry, but he’s also the father of eight children, and we recently got to see him interact with four of his kids in a conversation about what it was like to grow up Bushnell, with gaming in your blood.

This remarkable conversation took place at our recent GamesBeat Summit 2019 event, which we held in April in downtown Los Angeles at Two Bit Circus, a “micro-amusement park” that is like an arcade meets Ready Player One. That place was special because it was created by Brent Bushnell, one of Nolan’s sons.

Bushnell is 76 years old, but he is as witty as ever when it comes to describing his learnings as a creative showman. You can see the conversations we had on stage in the videos embedded in this post, as well as a video interview I did with Nolan, in a conversation recorded by my own daughter, Danielle Takahashi.

What this family’s legacy tells us is that the first generation of video game creators is passing on their experience to the second generation, much like parents have passed on their appreciation for Star Wars or Disney. And like those parents and kids, the Bushnell family has slowly come to realize that their dad passed on something special to them.

Tyler Bushnell said on our panel that he started figuring out that his dad was someone important in the video game business because the kids could always find some kind of older console tucked away in a closet and pull it out and play it. That made Tyler curious about games and inspired him to go into the business. He is now the cofounder of Polycade, which is bringing arcade machines back to bars.

But Brent Bushnell didn’t want to go into games at first. He went into web hosting, auto salvage systems, and art.

“I really didn’t want to [do games]. It wasn’t until I met my cofounder Eric [Gradman] and the art we made turned into games that I realized it,” said Brent Bushnell. “I know so much about this. Why am I not in games? It was a 20-year cycle for me.” 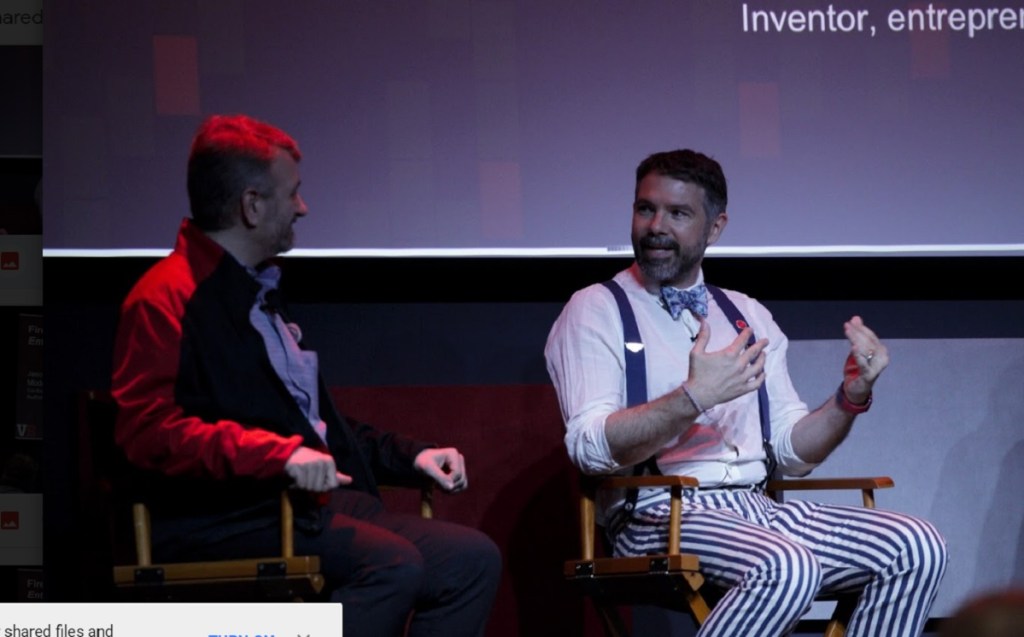 Wyatt Bushnell turned to game design when he figured out that he needed to learn something that could earn him money. He steered into social games because his father told him never to compete in a “red ocean,” where there is too much competition.

Alissa Bushnell went into public relations, and she wanted to hone the storytelling of game creators so that they could succeed with his business ventures.

“I feel like learning how to cheat and not get caught is really an important life skill,” Nolan Bushnell replied.

Tyler said, “We learned early on that dad couldn’t be the banker in Monopoly.”

Alissa Bushnell said that the kids all learned how to solder when they were young. He encouraged them to be makers and to think out of the box. 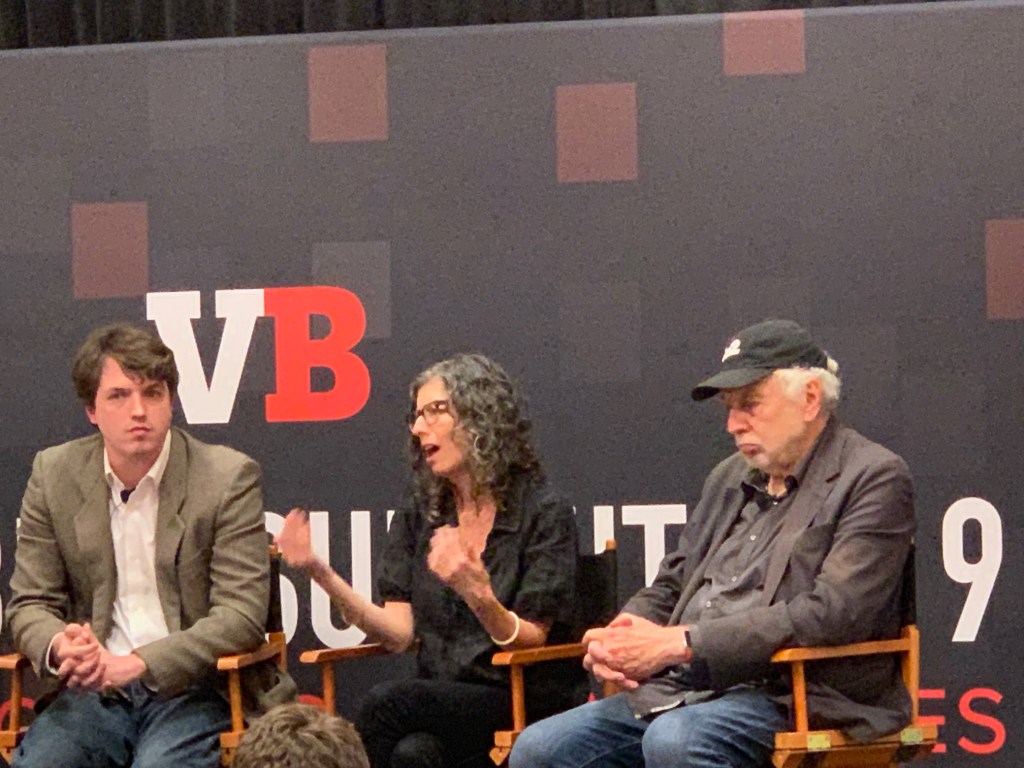 They also learned that while their father is a great big thinker, he isn’t as good at staying engaged in day-to-day tasks, particularly if it becomes boring, Wyatt Bushnell said. Nolan Bushnell agreed.

Jason Robar, cofounder of Author Digital and moderator of the family talk, asked Nolan Bushnell when his kids started teaching him about things.

“Incessantly,” Nolan Bushnell said. “You realize very quickly that they know so much more than you do, like everything about being a teenager. They constantly recalibrate you.”

“We were all the beta testers,” Alissa Bushnell said.

They were also competitive when they were growing up, and they also all worked for their father at various times in their lives. They learned how to take risks. They also joked around a lot and had a good appreciation for humor.

“If you can survive in our environment, you have a really thick skin,” Nolan Bushnell said. 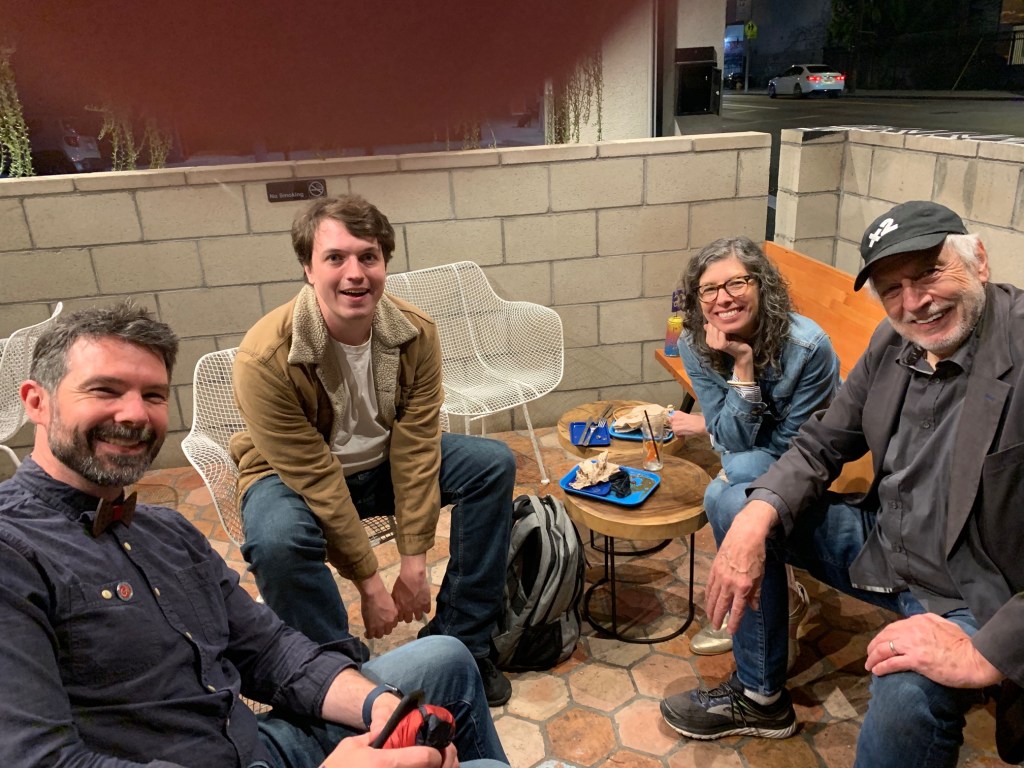 As for location-based entertainment, Nolan Bushnell started out as a “carnie,” or carnival worker. He put his first video game, Pong, in a bar.

For Brent Bushnell, the circle became complete when he and Gradman founded Two Bit Circus, which at first was like a modern traveling carnival. They had a lot of experience working on a restaurant with games, dubbed Uwink. That business didn’t succeed.

“When your dad was the boss, you had to double prove yourself,” said Tyler Bushnell, whose first job was at Uwink. “The last thing you want is for everyone to think you got the job because of your dad.”

Nolan Bushnell admitted to being something of an anarchist as a parent. He said that if grow up always obeying the rules, you never learn when it’s OK to break them.

They took the collective learnings from Uwink and Chuck E. Cheese, and then they built the 40,000-square-feet version of Two Bit Circus in downtown Los Angeles. The business opened in September 2018.

The place is a modern take on location-based entertainment, with things like Killer Queen arcade machines and a robot bartender. That place is an experiment on the kind of fun that you can create when you put a lot of people together in a social gaming mecca.

Nolan Bushnell said the idea for Two Bit Circus circulated in the family for a long time, long after the creation of the Chuck E. Cheese location-based entertainment chain. Brent Bushnell said it was inspired by the problems of having too much screen time and not enough face-to-face contact.

“We’ve always talked about how there needed to be something more,” said Nolan Bushnell, in an interview with me. “There is a whole class of games that are not available. So you have to build them yourself. They can be really simple, but very powerful.”

“We like to say it’s half done,” Nolan Bushnell said. “What we are seeing is a real thirst for group games, where you get together and collaborate physically. When we talk about our design cycle going forward, it should be a lot more collaborative. More fun for people to get together and compete with strangers. Bring people together in a new way.”

I’m so glad we were able to curate our event with so many Bushnells in attendance on appropriately jovial panels. They taught us all a lot, and I would encourage you to check out the entertaining videos.