This week, Nvidia reported earnings and revenues that were down compared to a year ago. But they did signal a return to growth after a couple of week quarters as the company worked off inventory pile-ups related to the collapse of cryptocurrency mining.

People aren’t buying graphics cards to mine for cryptocurrency anymore, but they are beefing up their gaming PCs to play high-end games, and developers are now embracing Nvidia’s Turing architecture in its RTX graphics cards, said Jensen Huang, CEO of Nvidia, in an analyst call this week. But the artificial intelligence chip market had a pause with a slowdown in hyperscale deployments in data centers.

We caught up with Huang for a few minutes on Thursday to talk about the state of the gaming market. 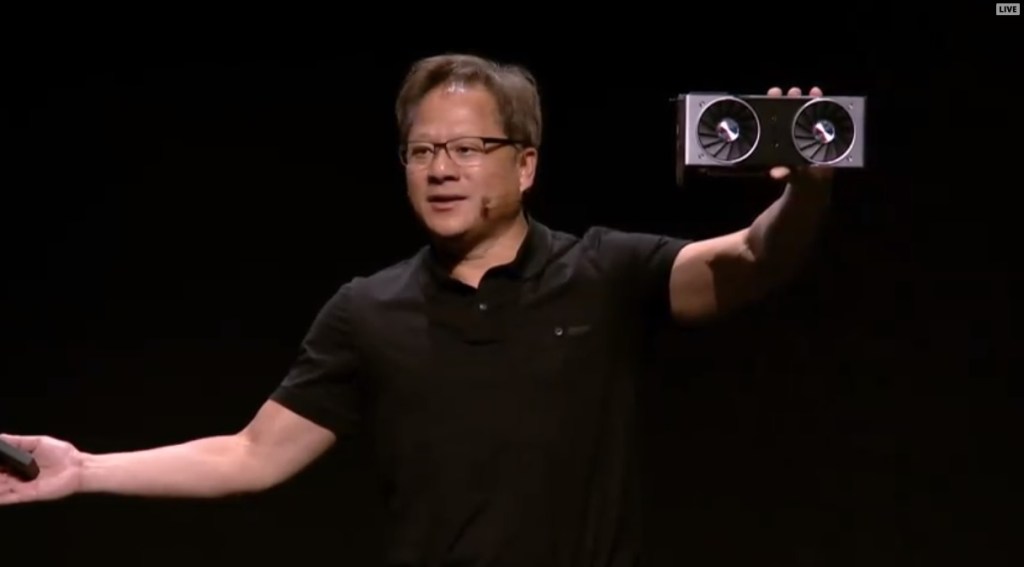 GamesBeat: It seems like in some ways, if it’s not one thing, like the crypto worries, it’s another, with the hyperscale pause. How do you look at that?

Jensen Huang: We’re delighted that we’ve returned to growth, first of all. After the last Q4 and Q1, I’m delighted to return to growth. The hyperscale pause is across the board. Everybody is experiencing it. But I don’t think it’s going to last. It’s just that in Q2, which is our guidance, we have less visibility than we like. Overall, there’s no question to me that cloud computing is going to keep on investing. People are going to use more and more AI. Acceleration is going to be the path forward for computing. These fundamental trends, I completely believe in them.

The pause, because of the last Q4 or so, because most hyperscalers took on a bit more capacity, how long will it take them to burn out a quarter’s worth of capacity? Not very long. I think it’s just a matter of time. 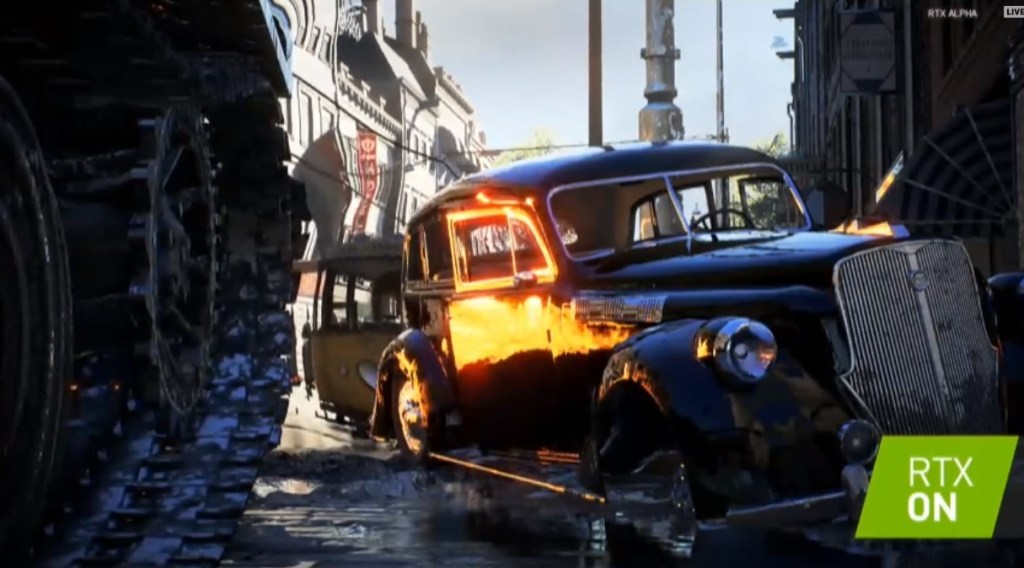 Huang: It was probably always going to happen. It was just rather opaque to us in Q4 and Q1, because we had a little more inventory in the channel. But I think that the foundations of gaming are just fine, just fantastic. You know that. I’m super excited that raytracing is now going to be the standard for next-generation gaming. Microsoft DXR, Unity, Unreal Engine, Frostbite at EA, all of the engines are jumping onto raytracing. We’re off to the next generation. You name it. Gaming is just vibrant.

GamesBeat: Does the possibility of a trade war with China count among things to be concerned about?

Huang: Wars are never good. But the important thing with respect to the tariff is that the vast majority of our manufacturing, as you know, is done outside that region. It’s unaffected. From our perspective there’s relatively little direct impact. But hopefully the people negotiating will find a fast resolution to the tariff dispute and we’ll go back to growing businesses in Asia.

I appreciate you asking about the pause. We seem to see an impression that the hyperscale pause is going to last forever, but it’s not. It’s going to pass. For Q2 it provided a bit more uncertainty, and so we guided with that in mind.

GamesBeat: I’m starting to hear more stories about AI helping games. Do you see quite a few examples of that yourself?