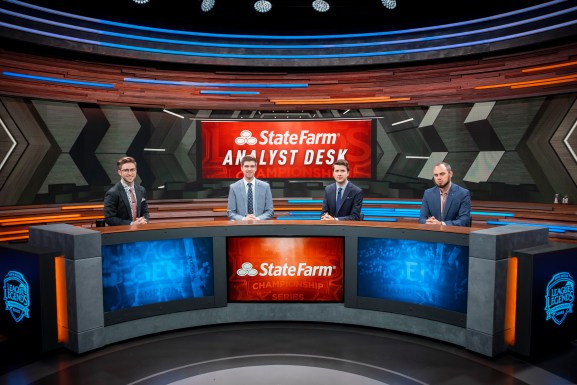 League of Legends has a history of attracting huge companies outside gaming to sponsor its esports tournaments. And today, developer Riot Games announced that it’s renewing one of those deals with U.S.-based insurance firm State Farm.

Sponsorships from mainstream companies like State Farm and Mastercard are indicative of just how popular League of Legends esports has become, attracting a young demographic that these sponsors tend to have a hard time reaching. Riot continues to make these deals in spite of its ongoing struggles with addressing the internal sexist culture at the studio (as detailed in an investigative report from Kotaku).

In 2018, the League of Legends World Championship had more than 99.6 million unique viewers. And if market researcher Newzoo is right — it expects esports to become a $1.65 billion business by 2021 — those viewership numbers will only explode in the next few years.

“This sponsorship has been extended earlier than anticipated as we are both eager to expand and build on our many fan-centric activities up through the 2021 League of Legends World Championships taking place in North America,” said head of Riot Games esports partnerships Naz Aletaha in a statement.