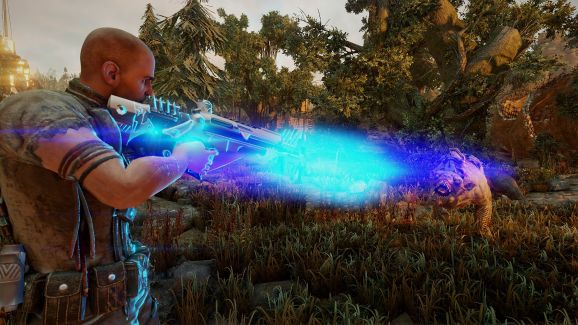 After a quiet few months, it looks like THQ Nordic is back on the acquisition train. Today, the publisher announced that it purchased German developer Piranha Bytes, which is best known for its Gothic and Risen series of role-playing games.

The terms of the deal weren’t disclosed. In a press release, THQ Nordic said that the cost is the same as “three years of what management’s estimated royalty payments to Piranha for upcoming titles would have been, if the acquisition had not occurred.” The company published Piranha Bytes’s most recent game, sci-fi RPG Elex.

When the original THQ went bankrupt in 2013, Austrian publisher Nordic Games acquired most of its assets, including the Darksiders and Red Faction franchises. The company rebranded itself as THQ Nordic in 2016 and moved its HQ to Karlstad, Sweden. It’s gone on multiple shopping sprees in the years since then, amassing a big library of studios and intellectual properties.

“We look forward bringing Piranha team into the family, which has received legendary status across the RPG community as their fanbase cherishes their current games and eagerly anticipates their new titles in the future,” said THQ Nordic group CEO Lars Wingefors in a statement.

In February, THQ Nordic courted controversy when it made the baffling decision to host an “Ask Me Anything” Q&A on toxic image board 8Chan. Its main PR guy, Philipp Brock, issued an equally bizzare apology, saying he failed to do his due diligence before agreeing to the AMA.

The last time THQ Nordic made an acquisition, with Australian publishing partner 18Point2, was shortly before that incident.