nWay created a power multiplayer platform for its ChronoBlade and Power Rangers games. And now it is taking that platform and planning to license it out to other game developers so they can make crossplay, real-time multiplayer games that can scale.

The nWayPlay platform is available for alpha partners and will formally launch later this year. The hope is to enable small and medium-size game studios to make multiplayer games faster, more easily, and with less cost than ever. Those games should also be able to satisfy the new demand from gamers for cross-platform play, so gamers can play with friends regardless of platform.

The platform gives development teams a firm foundation on which to build their game backend and delivers everything developers need to launch a stable, scalable backend stack with support for real-time multiplayer and live data. nWayPlay features continual platform updates and source access to ensure developers are getting the latest features available, that can be fully customized to match their game.

“Fortnite changed everything,” said Taehoon Kim, CEO of nWay, in an exclusive interview with GamesBeat. “Competitive multiplayer games are blooming, driven by esports and the rise of the competitive game ecosystem as a whole. There’s more demand for multiplayer games that are free-to-play, can scale up to a lot of users, and can support crossplay.” 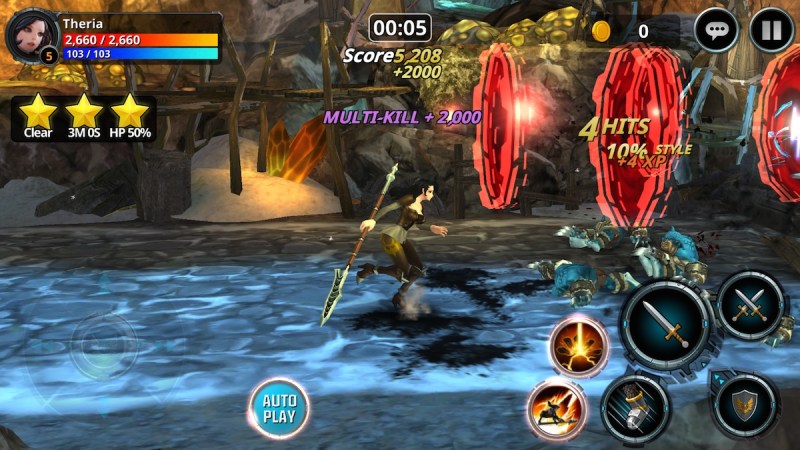 San Francisco-based nWay has spent over five years building the nWayPlay platform and initially applied it on its first game, ChronoBlade, which enabled real-time multiplayer and crossplay across iOS, Android, and browser platforms. Using the existing platform, in just nine months, nWay was then able to build its current flagship mobile hit, Power Rangers: Legacy Wars, which now has over 50 million downloads and over 500 million live matches played globally since March 2017. It quickly followed up with Power Rangers: Battle for the Grid.

Certain games will benefit from this platform in particular.

“Fighting games are notoriously latency sensitive,” Kim said. “Because with racing or shooting games, it can kind of give you the ability to predict where the vehicles are going to be or where the enemy will go, if you have fast interaction. You have to block a punch a millisecond before someone throws it in a fighting game. The fighting game community is very sensitive to latency.”

nWayPlay lets developers build crossplay games, with leaderboards, social and matchmaking functionality, and support for platform-portable accounts. The latter means users can take their progress across multiple devices and formats, picking up a saved game on one platform where left off on the previous one.

The platform also lets developers easily build fast real-time synchronous player-vs-player games — games that are action-oriented and have complex inputs. For these games to be successful, networked play must be a central engine component so that the gameplay experience is smooth even over spotty Wi-Fi and LTE networks. nWayPlay has been battle-tested to provide low-latency real-time multiplayer experience under various conditions for consoles, PC, and mobile, Kim said.

The nWay platform also gives access to real-time arena servers across the globe. It provides a framework for deploying server infrastructure across the globe to give each local player the best networked gaming experience. The platform supports deployments in over 16 regions around the globe, including several inside China. Geo-distribution of users is built into the platform matchmaking/lobby systems and can be extended with custom logic. 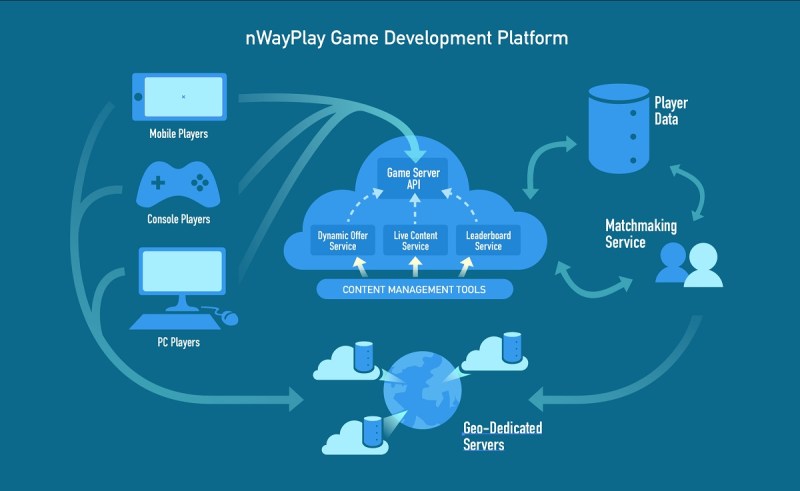 Above: nWayPlay is a platform to enable online multiplayer games that can scale.

Other platforms like Microsoft’s Playfab say they address these problems. But Fortnite changed everything, Kim said. It changed gamers so that they now want to have features that they never demanded before, on top of having stable multiplayer. But most developers don’t know how to make these technologies. nWay will offload the multiplayer infrastructure tasks so developers can focus on the game.

“This is really hard,” Kim said. “You need top-tier engineers to develop the technology to reduce the latency and scale up the number of users. And then you need to be able to service and monetize the game, because games have become a service. And it has to be fair for players.”

The battle royale genre supports the idea of crossplay, as amassing a large number of players helps with things like matchmaking, esports audiences, and mobile devices are becoming so capable that players on those devices can actually play competitively against players on the consoles and PC. Well, at least theoretically. But mobile players with console controllers can definitely be competitive, Kim said.

“We were the first to be able to crack that problem,” he said. 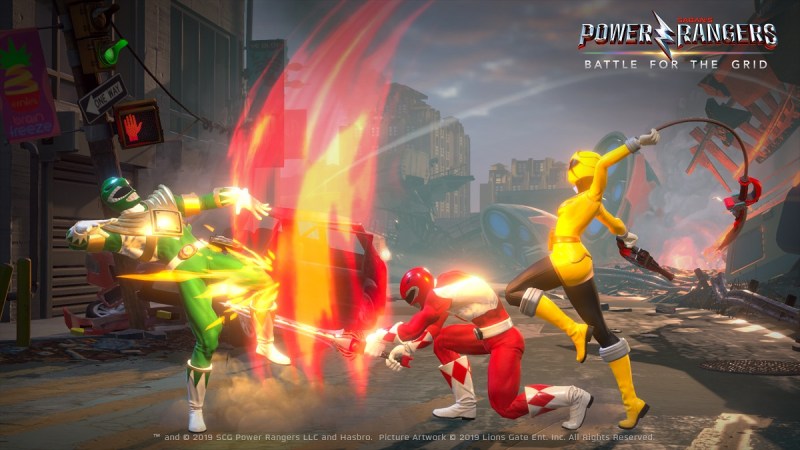 Above: Power Rangers: Battle for the Grid is a cross-platform game.

nWay also says it can offer server stability and scalability, as it already has a record of 99.99% uptime on its current products. To further ensure stability, the platform comes with best-in-class alerting and monitoring features. nWay has supported more than 600 million online matches to date.

nWayPlay is currently in beta and will launch towards the end of this year. The technology is free to use for development and payments will be based on monthly active users once the game is live.

Over time, Kim hopes that the nWayPlay business will be half the company’s business, with the other half based on its own games.

nWay has 55 employees in San Francisco and South Korea.