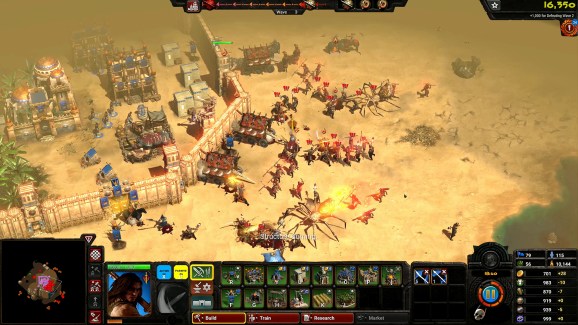 Conan Unconquered takes the barbarian into the RTS realm.

It seems like Conan is a little too eager to start his conquest. Developer Petroglyph announced that it moved up the release date of its PC real-time strategy game Conan Unconquered to May 29, one day earlier than the old launch date.

In Conan Unconquered, you may play as the titular warrior while also managing a large army and gathering resources. It takes place in the fantasy world of Hyboria, and you have to defend your Citadel base from wave after wave of bad guys and monsters. You can play by yourself or with someone else through cooperative multiplayer.

Because of its focus on defense, the developers like to describe Conan Unconquered more as a survival RTS. They took inspiration from games like Frostpunk and They Are Billions.

Conan Unconquered is Petroglyph’s and publisher Funcom’s latest project based on the Conan the Barbarian universe of books, comics, and movies. It previously made the massively multiplayer online game Age of Conan and open-world survival game Conan Exiles.