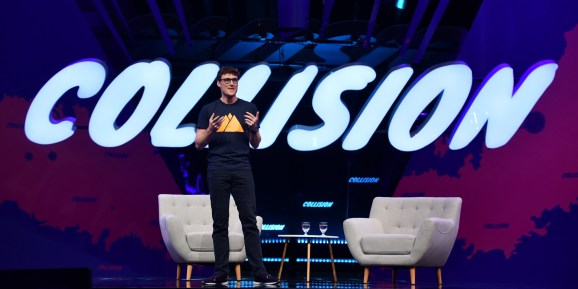 Toronto finally has a tech conference. Collision was held this week on May 20 to May 23, and it’s already scheduled for June 22 to June 25 next year. Toronto deserves it. But don’t just take my word for it.

“If you’d gone five years ago to Collision and said, ‘Would you think about coming to Toronto?’ I think they might have said, ‘Well, I’m not sure why I would do that. You don’t have the tech ecosystem here that would justify a conference coming to kind of take advantage of that and have that kind of cross pollination that goes on,'” Toronto Mayor John Tory told VentureBeat. “And frankly, a lot of the tech people from around the world might not be very interested in coming to Toronto, at least not on the base of its tech ecosystem. And I think that has changed.”

Ah, but of course the mayor of Toronto would tell you that, Emil. He’s the mayor! I figured you might think that, so I also talked to the other side.

“Collision is riding the wave of Toronto,” Web Summit CEO Paddy Cosgrave told VentureBeat. “Toronto is here already. It’s arrived. If Collision never came here, would it make much of a dent? I’d argue, possibly not. If anything does come of it, that’s a great incidental benefit. But Toronto had already arrived before we came here. I just don’t think a lot of people elsewhere in the world had seen it with their own eyes. That’s my view. We’re riding the wave. Collision is not going to make the wave bigger. If it shines a spotlight on Toronto, OK, great.”

If you’re not quite sure why Collision arriving in Toronto matters, these figures might help.

From the mayor’s office:

And from the Collision side:

(Collision is huge, but Web Summit is massive — it attracts some 70,000 attendees.)

See you next year?

I also spent a lot of time talking to the conference’s attendees, from tech giants to startups to VCs. The overall feeling was excitement. Those who live here, or had already been to Toronto, were happy to see everyone acknowledge Toronto’s — and Canada’s — tech scene. Those who were visiting Toronto for the first time were either pleasantly surprised or completely shocked. Collision was indeed shining a spotlight.

The plan is for Collision to stay in through 2020 and 2021. I pressed Cosgrave on whether another city could change his mind.

“No, no. Three-year deal. Definitely. The question is after, do we move back down south? Or do we make Toronto a more permanent home?”

Tory will of course be pushing for permanence.