The Oculus Rift S was released this week. However, some owners are experiencing tracking problems and other USB related issues such as blackouts.

The Rift S uses five onboard cameras for tracking. While some preprocessing seems to be done on the headset, the Rift S still pushes USB 3.0 to the limits. USB 3.0 is a widely used standard, but not all USB 3.0 controllers properly support it. This means that some motherboards may have issues.

If you’re having tracking issues such as the headset or controllers freezing in place, or you’re experiencing periodic “blackouts”, try one of these five potential solutions. We recommend trying them in order, as we’ve ordered them from the least time & effort required to the most.

Windows has a feature which cuts power to USB ports it doesn’t think are being used. The problem is, sometimes this triggers a false positive and shuts down the USB port your VR headset is using.

To find the overall setting for this, search for ‘Edit power plan’ in the Start menu. When it opens, click ‘Change advanced power settings’: 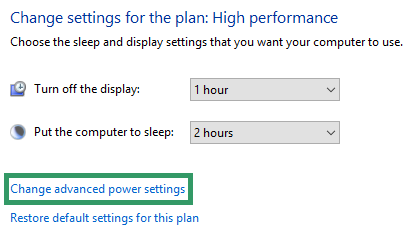 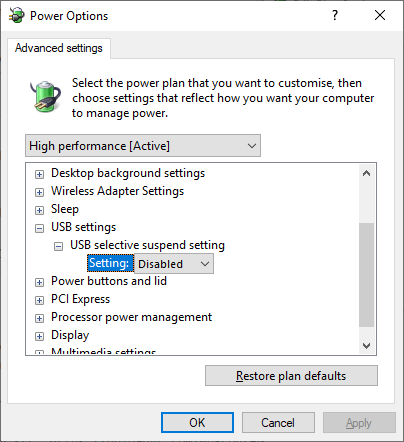 In the Power Management tab, uncheck ‘Allow the computer to turn off this device to save power’: 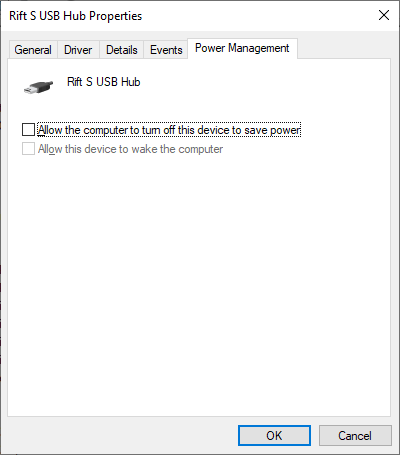 You should also do this for all Hubs with ‘3.0’ or ‘SuperSpeed’ in the name, such as ‘Fresco Logic USB 3.0 eXtensible Host Controller’.

The easiest way to find out which USB controller will work is to simply try plugging the Rift S into every USB port and seeing which has issues and which doesn’t. Strangely, one user had success with plugging it into USB 2.0 for around 30 seconds and then back into USB 3.0.

You may want to take a picture with your phone each time you change the port to more easily remember which ones you’ve already tried.

Note that you should also disconnect and reconnect the DisplayPort cable every time you switch USB port.

While it may seem hard to believe, some issues are just caused by the cable being loose. This can be either on the PC end or the headset end.

On the headset end you need to detach the facial interface to access the cable.

Some tracking issues are actually caused by a corrupt install of the Oculus software. This can be solved with a repair. 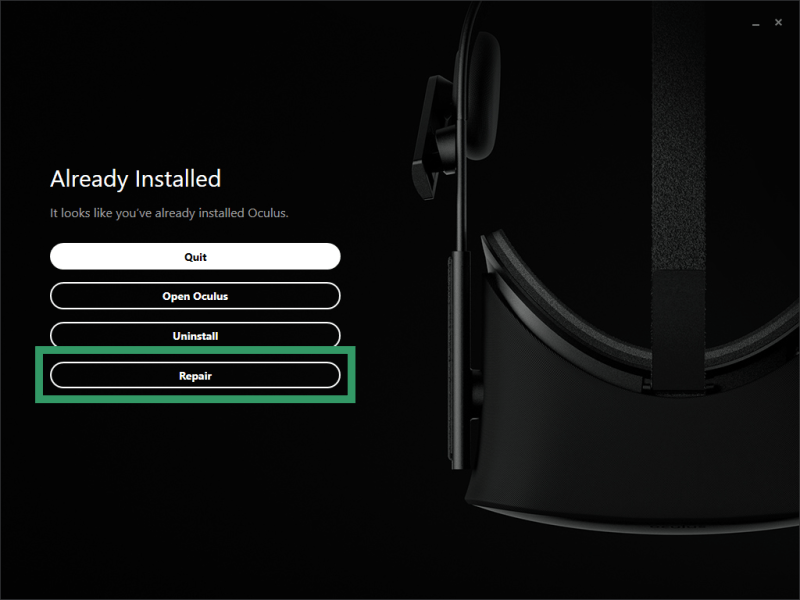 Don’t worry, your Rift games and save data should be unaffected.

If you’re still having issues, your best bet is to create a detailed ticket with Oculus Support, including your Rift logs. Oculus has a forum post explaining how to collect these logs here.