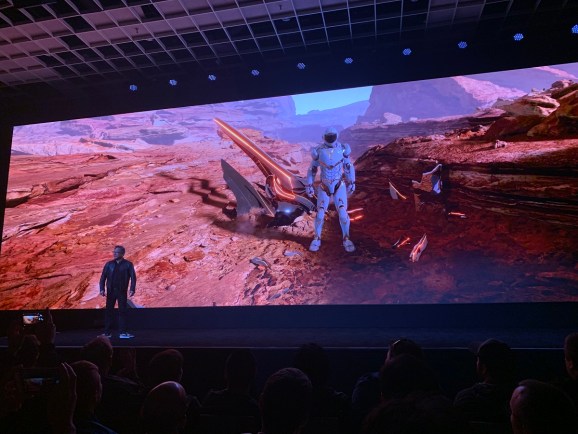 Aimed at creators, the machines are targeted at independent artists who are fueling growing fields like social media, digital advertising, and 3D development. Nvidia says these laptops can deliver up to seven times the performance of a MacBook Pro.

“The new RTX Studio laptops are the perfect tool for creatives who need desktop-class performance while on the go,” said Jason Paul, general manager of GeForce software and technology at Nvidia, in a statement. “Pairing RTX GPUs, which enable real-time ray tracing, AI processing and high-resolution video editing, with studio-grade drivers allows us to surpass the increasing demands of today’s creator.”

The Laptops that meet the highest qualifications for creative capabilities will be badged RTX Studio. That will help creators to easily identify the right hardware to meet their demands.

These Quadro and GeForce RTX-based laptops are purpose-built for GPU-accelerated content creation. The laptops feature the new Quadro RTX 5000 mobile GPU and GeForce RTX 2080, 2070 and 2060 GPUs. Quadro RTX 5000-based laptops are the world’s first with 16GB of graphics memory, enabling advanced multi-app creative workflows and use of large 3D models that previously were not possible while on the go, Nvidia said.

Many of these laptops also feature Nvidia Max-Q technology, enabling good performance in sleek, thin and light designs, and up to 4K precision displays.

“Creatives who use Adobe Creative Cloud want the most powerful hardware for their content creation, and we know they will be excited about the new RTX Studio laptops and Studio Drivers from NVIDIA,” said Sue Skidmore, head of partner relations for Adobe video, in a statement.

RTX Studio laptops will come with Studio Drivers for the best reliability in creative apps.

“Creators are constantly faced with tight deadlines and depend on having the latest hardware and creative tools to complete their projects on time, without compromising quality,” said Eric Bourque, senior software development manager at Autodesk, in a statement. “We’re excited that NVIDIA is expanding the Studio Driver program to bring the highest level of support and performance to the latest versions of Arnold, 3ds Max, and Maya.”

RTX Studio laptops will be available starting in June from top computer makers, including Acer, Asus, Dell, Gigabyte, HP, MSI, and Razer. Pricing starts at $1,600 and will vary based on partner designs, features, and region.