The Razer Blade Studio Edition laptops are anodized with a “mercury white” finish. They have 4K displays, are upgradeable to 32GB of RAM, and have a terabyte of hard drive space.

They also have Nvidia’s new Studio Drivers, which are optimized for performance with creative applications. 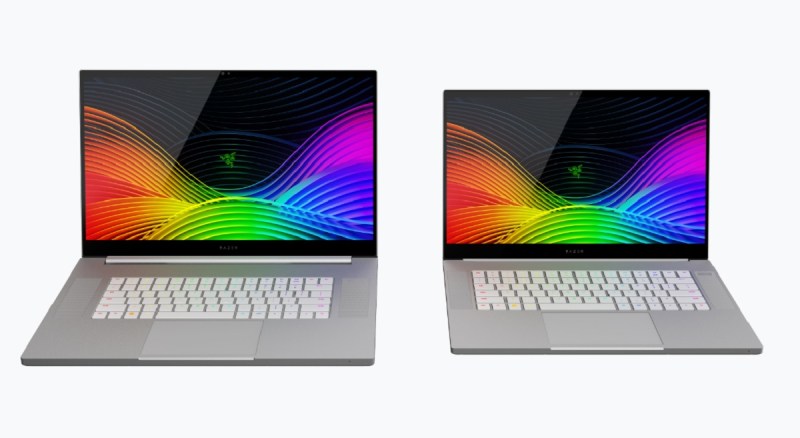 “Razer Blades have become the laptop of choice for users desiring uncompromising performance in a premium design,” said Brad Wildes, senior vice president of Razer’s Systems, in a statement. “Now, with the power of Nvidia Quadro GPUs, the Razer Blade Studio Edition will exceed the demands of professional content creators.”

The Razer Blade 15 Studio Edition will be available with a 4K OLED touch display. It also has an Intel Core i7-9750H processor and an Nvidia Quadro RTX 5000 mobile GPU.

And the Razer Blade Pro 17 Studio Edition will feature a series of firsts, including a new 4K 120-hertz display, an Intel Core i9-9880H processor, and the Nvidia Quadro RTX 5000 mobile GPU.

If you want something more like a traditional desktop PC, you can connect a Razer Blade Studio Edition laptop to the Razer Core X external graphics accessory to create a desktop-class experience on a mobile laptop.

With support for desktop PCIe graphics cards like the Nvidia Quadro RTX and GeForce RTX GPUs, Razer Core X can greatly accelerate the workflow and reduce lengthy rendering times. Applications allowing for dual-GPU rendering will enable users to put both the internal laptop and external desktop graphics to work to provide even better performance.

Razer has a history of working with the creative industry, such as its #MadeWithBlade creative production program in 2018. The company is crazy like artists are in its obsessive devotion to making quality gaming products.

“The combination of Nvidia Quadro and GeForce RTX GPUs with Razer’s sleek design and up to 4K display make for an excellent laptop for content creation,” said Jason Paul, general manager
of GeForce software and technology at Nvidia, in a statement. “The ray tracing, AI, and 6K+ video prowess of the Razer Blade RTX Studio laptops will free artists from their desks and allow them to create amazing art from anywhere.”

Studio Edition Blades will be made available later this year. Pricing will be announced later.