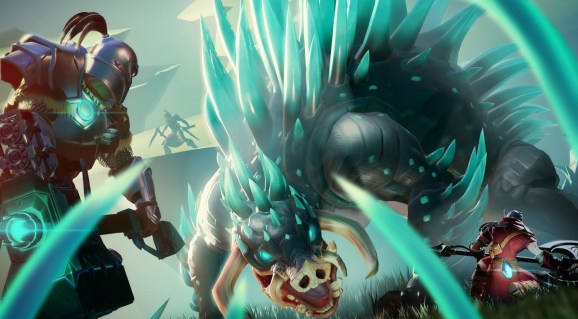 Phoenix Labs announced today that Dauntless now has 6 million players. This milestone happens a week after the free-to-play game had its official launch on PlayStation 4, Xbox One, and PC via Epic Games Store.

Just last week, on May 23, Dauntless touted 4 million players. It has already attracted another 2 million since then. Dauntless had its official launch on May 21, although it was available in to play in betas and early access forms.

Dauntless is all about fighting monsters in an online multiplayer environment. It is similar to Capcom’s Monster Hunter series. However, Monster Hunter: World is a premium game. Being free-to-play gives Dauntless a way to access an audience that may not be willing to pay money to try Monster Hunter.

The game also supports crossplay across all of its platforms, a feature that Monster Hunter can’t tout. Other games with crossplay include Fortnite and Rocket League. Fortnite is an Epic game, and Epic has also acquired Rocket League developer Psyonix.