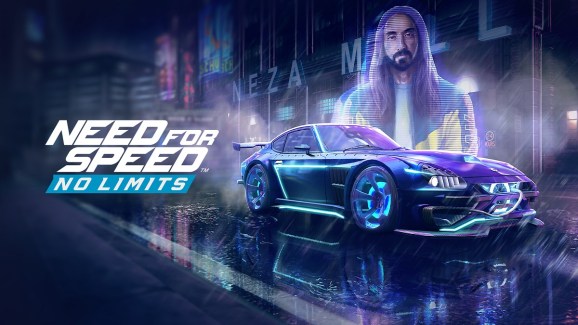 Steve Aoki in Need for Speed: No Limits.

Electronic Arts is collaborating with musician Steve Aoki on an in-game event in the Need For Speed: No Limits free-to-play mobile game.

The game will launch a new update on May 28 with Aoki appearing as an in-game character. He will challenge players to complete a series of events to unlock the exclusive Neon Future car body kit for the Nissan 240ZG.

The body kit was designed in collaboration between Aoki, the Need For Speed No Limits development team and the creative team at Impact Theory, and features a futuristic, cyberpunk aesthetic design. This is the first time in the Need for Speed franchise’s 25-year history where a celebrity has directly worked with the development team to design a car.

“Neon Future to me is the melding of humanity with technology,” said Aoki, in a statement. “It’s about convergence and bringing these two things together to create an advanced species that knows no limits. This future is something I portray in everything I do from my music to the comic book to the clothes I design, and what makes this collaboration with EA so awesome is we got to combine all these different things together to really expand the Neon Future universe even further.”

Players who download and play Need For Speed No Limits during this update will be treated to exclusive behind the scenes videos detailing the game’s partnership with Aoki, one-of-a-kind wraps based on Aoki’s collaboration with the Bruce Lee Estate for his streetwear brand, Dim Mak Collection, and feature excerpts from “Neon Future” by Impact Theory. The car will feature prominently in the sixth issue of the limited-time series.

“There is no one more at the center of pop culture, music, and fashion, who is able to successfully fuse these different mediums together in a really compelling way,” says Benjamin Dawe, marketing manager of EA Firemonkeys Studio, in a statement. “Musically, Steve Aoki integrates all of these elements in a way no other artist does. We feel that this partnership with Need For Speed No Limits is driving the game into a new­­, undefined space. I believe you’re only as good as the people you work with; working with Aoki is pushing the boundaries of what we’re striving for in popular culture.”