Andy Kleinman is finally talking about what his startup Wonder is doing. The Los Angeles company is taking on a number of players in the game industry — including the Nintendo Switch and Android smartphones like the Razer Phone 2 — with a hybrid gaming system that unites all of the ways that we play.

The WonderOS software powers an Android-based platform that combines mobile and TV-based console gameplay in the same device. That sounds like a Switch but with some very different features. And Kleinman hopes to license the WonderOS to a variety of companies that can use them to make various hardware devices. Kleinman said the company’s own hardware is not likely to ship. Rather, it is a proof point that shows potential partners how it can be done.

The idea is that somebody needs to make a real phone and hybrid device for gamers and entertainment fans, Kleinman said in an interview with GamesBeat. Wonder is in the midst of pulling together its launch plans and funding to make it all happen. Wonder has 25 employees, and its investors include Grishin Robotics, 8VC, Kevin Lin, NBA Commissioner Emeritus David Stern, Shakira, Gerard Piqué, Moonshots Capital, John Pleasants, Owen Van Natta, Jeff Kearl, Hayao Nakayama and Baron Davis.

Here’s an edited transcript of our interview. You can sign up for the beta at Wonder.com. 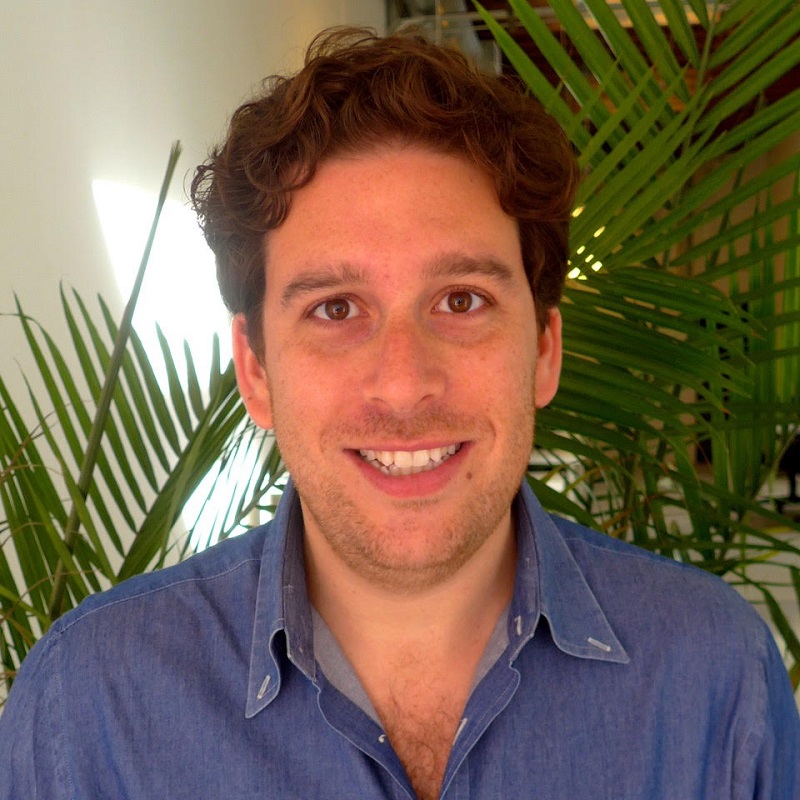 Above: Andy Kleinman is CEO of Wonder.

GamesBeat: I was always curious about you guys. When we talked last, you couldn’t tell me anything about what you’re doing. It sounds like you’re going a little more public now.

Kleinman: Long story short, we’ve been working on this while. Everything takes longer than you think, especially when you’re doing something so big involving hardware and software. We also had bad luck with a big strategic partner that we started working with, and they didn’t deliver the things they were supposed to deliver. We wasted a bunch of time and had to regroup. There were some other things on our own. We’re getting there.

I come from bootstrapping companies and launching apps and games in beta really quickly. This is one of those things that, if we want people to put it on their phones and work with companies to work with our software, we need to make sure it’s perfect before we even talk to them. It just took a bit longer than we wanted.

GamesBeat: How long has it been now?

Kleinman: It’s been a bit over three years since we started. It’s been a while. But you go back and you look at when the first Xbox or the first iPhone or the first big iteration of something that had real impact in an industry — the first version always takes a long time. Then you can keep iterating every year. The fact that there’s a new iPhone every year doesn’t mean that the first one took a year to make.

Given the constraints of doing things as a startup — that’s the other part. A lot of the stuff we’re doing, building software of this magnitude, is stuff where you usually have companies with hundreds of millions of dollars and thousands of employees working on it. We have a team of 25 people full time, and then partners and contractors. Everything takes longer when you’re a small company. 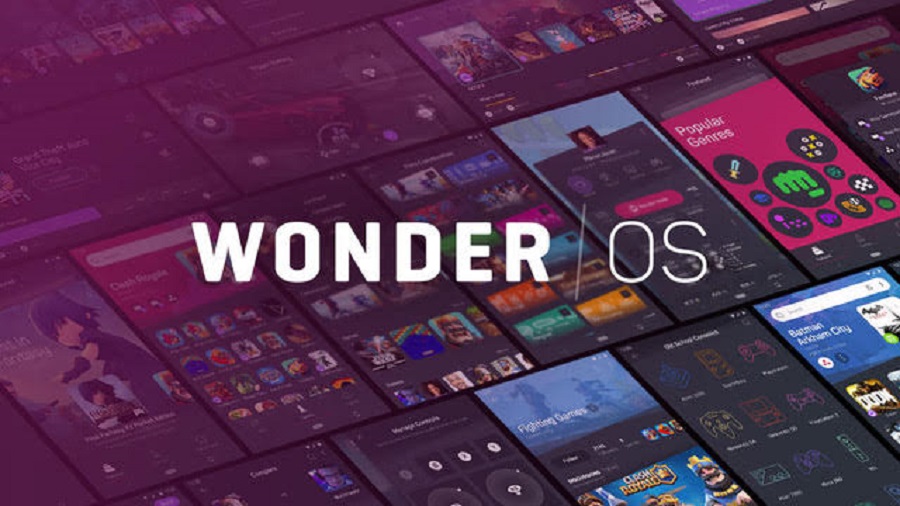 Above: Wonder has 25 people in San Francisco.

GamesBeat: What have you revealed so far?

Kleinman: On the new website, we’re finally showing what we’ve been working on. We always talked about this idea that mobile is going to be the future. Apple and Google are the biggest gaming platforms in the world already. But in a way, it’s sort of by accident. It’s not like they put a lot of effort into building features or applications or making the experience incredible on mobile. You can play games on mobile, but it’s nowhere near what it is on a console or PC. Not just the performance of the games, but even the integration with third-party services or social features or things that make gaming better.

One thing we thought about, going back to the original thesis, is that mobile is the future, but the experience can improve. There are ways to make the mobile experience more like what it is on other gaming platforms. The second thing is that we’re finally seeing a glimpse of Stadia, where companies are starting to work on game streaming. We’ve been thinking this is coming for a while. The reality is that there’s a lot of companies working on the infrastructure, but not a lot of companies working on the user experience and the interface, what that’s going to look like.

I don’t know what Google is doing in the background. I assume they’re thinking about this stuff. But for the most part, they introduced Stadia as a separate entity, as opposed to an evolution of Google Play. That expectation doesn’t help the industry. What’s happening now, if you’re a gamer, you already need to have seven different devices to be able to play all the games out there. With cloud gaming it’ll get even worse, because if every publisher decides to have their own direct-to-consumer platform, and other companies like Google and Amazon and Verizon–

GamesBeat: Or even Wal-Mart.

Kleinman: Wal-Mart, exactly! What’s going to happen is, everyone wants to build the Netflix of games. What that means by default, similar to what happened with video, is that everybody will have a separate walled garden with a separate subscription and a separate interface and a separate app. If you’re a user and you want to watch a show, you’re wondering where you can even watch it. You don’t know where to get it.

Too many companies right now are still in this phase where they’re thinking about the Netflix of games. The way we thought about it is, how do you build the Apple TV of games, where you’re building a platform where everything can coexist? You’re building the best experience to be able to find everything you want, from having a universal search engine that will find games no matter the platform, to integrating games from different places. It’ll integrate all the different features.

If Xbox decides to have their own streaming platform — you can still use Twitch on Xbox, but they push you to use Mixer. For a lot of people that’s annoying. The way we’re doing it, we’re trying to be the United Nations. We’re trying to build something where we’re a fully level playing field. All we care about is making the best experience for the user. We want to be able to collaborate with everyone.

A lot of the problems you see, why Activision and Ubisoft and everyone is working on their own platform, is because Microsoft keeps buying first-party studios. It makes sense for them to do that, but if I’m Activision or Take-Two, I start wondering. These guys are competing with me internally, and they control the platform. That doesn’t give me a lot of security around my business. Now they want to build their own thing, which most of these companies don’t know how to do.

That’s the opportunity we see. There’s a lot of people trying to build isolated experiences. We feel like there’s an opportunity to build — we’re doing this from the point of view of the user. What do they want? They want one device where they can play games on multiple platforms, where they can play with their friends no matter where they are. When you think about the success of Fortnite and what Fortnite means to the industry, apply that to everything. It’s the idea that it should be free to play. It should be open. It should be portable. Everything should be done to make the best user experience, not to justify some old-school business transaction that hasn’t evolved. 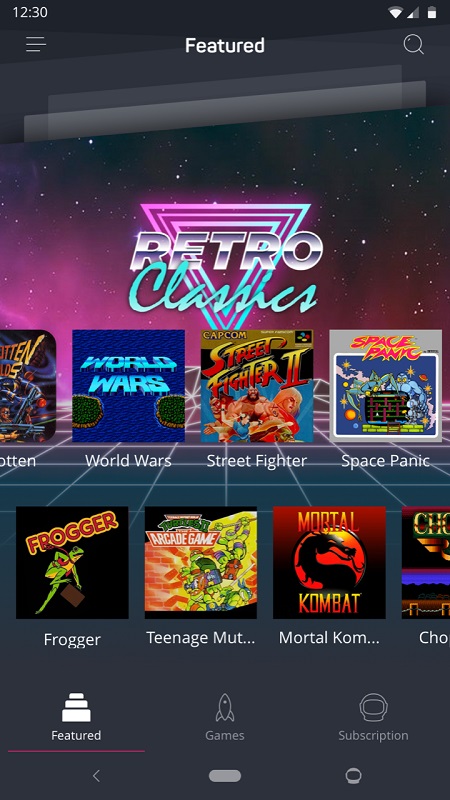 Above: Wonder wants to gather your games together, from mobile to retro.

GamesBeat: The interesting thing about Fortnite is that they came up with the killer app, and that enabled them to enforce this point of view on the rest of the industry. If you want to have Fortnite, you have to allow cross-play. You have to enable independent stores. They were able to bring so many innovations to the whole industry, but at the gunpoint of, you don’t get Fortnite.

Kleinman: Exactly. That’s what they did with bypassing Google Play. They were the first ones that had the power to do that in a way that was meaningful. I don’t agree — there’s a lot of stuff that Google Play has done an incredible job with. We have Google Play on Wonder. We’re working with them. But I do think that when you think about the economics of the industry, taking 30 percent of revenue is a lot. If you’re taking that, there has to be very tangible value that you’re giving, that nobody else has.

In a closed ecosystem like Apple they can get away with it a little easier. Eventually that also may not fly for them. But that’s what’s happening. It happened in the music industry. My first startup way back in high school was in the early days of digital music. I saw very closely — I negotiated some of the first digital music contracts with the record labels. I worked with the labels. I worked with everybody for digital distribution rights. It was the same thing. People eventually find a way to get the content they want, and if you’re a platform that gets too greedy about the economics, the content might find a different way of getting there. You have to find a balance where the business is big enough for everyone.

In gaming there’s a lot of potential for revenue. We know that gamers are very willing to spend money. But they don’t want to get ripped off by the developer or the platform or any partner they work with. They want the best experience. What’s happening is that some of these bigger companies that have been around a long time, they’re so focused on trying to defend their business that they stop thinking about what the customer wants. That’s a big part of the focus for us.