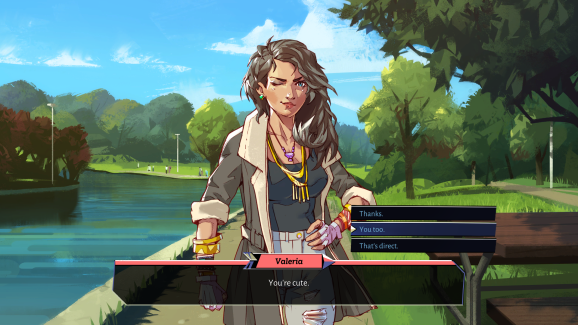 Love and relationships are complicated enough in real life, so it’s not too surprising that they’re tough to portray in games as well. But it’s the kind of challenge that Kitfox Games doesn’t like to back away from.

Its newest game, Boyfriend Dungeon, is half dating sim and half dungeon crawler. But instead of dating other combatants, you’re actually dating your weapons — ranging from classic knives and swords to sci-fi laser blades. Each weapon has a unique personality and can transform into their human counterpart. It sounds a little silly on paper, but Kitfox believes that’s what makes the game stand out and that it’ll encourage more people to play it.

We recently visited Kitfox’s HQ during a snowy day in Montréal as part of our Indie Developer Spotlight series with Intel to find out more about Boyfriend Dungeon. Watch our video below to hear Tanya talk about why developers need to tell diverse stories and how the team is crafting each relationship in the game.