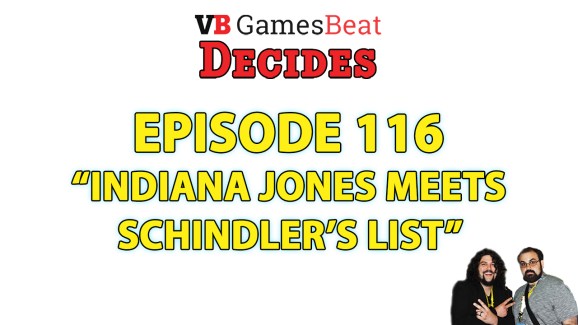 After a lengthy break, the GamesBeat Decides boys are back in town. On this week’s episode, GamesBeat reviews editor and co-host Mike Minotti recaps all the Randy Pitchford news for fellow host Jeff Grubb.

The crew also talks about some of the games that Mike played at E3 judges week. That includes Call of Duty: Modern Warfare, which Mike has some thoughts about. Turns out that game is like if the next Indiana Jones movie suddenly had the tone and plot of Schindler’s List. Meanwhile, when not moving or holding a baby, Jeff has played some Void Bastards and Outer Wilds. He also has some early thoughts on Valve’s Index headset.

In the news, Jeff and Mike dive into the Xbox Game Pass for PC, Death Stranding, and Rockstar’s latest controversy. Finally, Mike learns what a CPU is.