I got to play Remedy‘s latest during a preview event during May in Santa Monica. Control is coming out for PlayStation 4, Xbox One, and PC on August 27.

Now, I’m not actually a big Remedy guy. I missed out on Alan Wake and Quantum Break. But I dug Control during my short demo.

Like I alluded to earlier, Control plays like the 2008 Star Wars game The Force Unleashed, except you have guns instead of lightsabers. Basically, you have the ability to use telekinesis to grab objects and throw them. You use this power to solve puzzles and also to kill enemies. And just like in Force Unleashed, throwing crates and barrels at bad guys always feels satisfying. 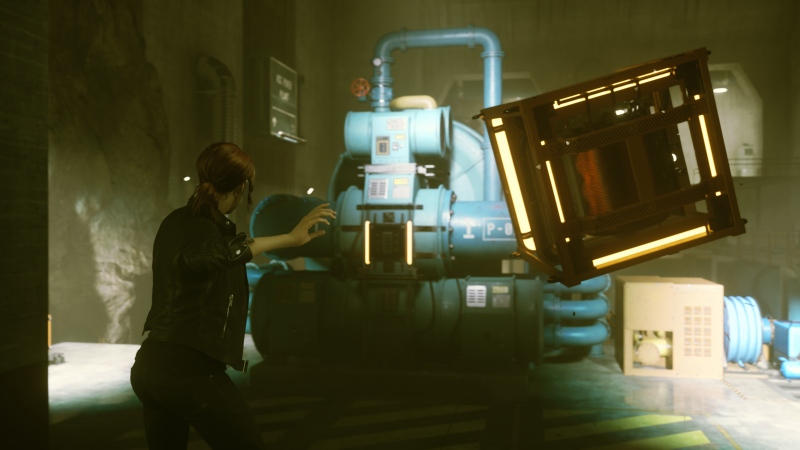 Above: Control that generator!

Use your guns, Luke

The combo of telekinesis and shooting makes for some fun action. As you’re doing your best to shoot enemies and keep yourself safe from their fire, you’re also surveying the area for objects you could throw at them. It adds an extra layer of complexity.

You also use your powers to solve puzzles. In the demo, I gave generator power by throwing some cube-shaped batteries at it. It wasn’t anything too original or complex, but picking stuff up and chucking it with your mind still felt fun, even if it wasn’t directed at some digital bad guy’s face.

So on a basic gameplay level, Control feels like a win. I had a harder time getting a good read on its other elements during my demo. I was dropped into the middle of a story, so I had little idea what was going on. The developers at Remedy book-ended our playtime with shots from a cutscene between the player character, Jesse Faden, and some kind of authority figure in a futuristic FBI-style complex (this place called the Federal Bureau of Control, heh). The scene, which focused on the two characters talking while sitting at a table was so boring, especially without the context of what came before it, that I didn’t understand why they were showing it to us. 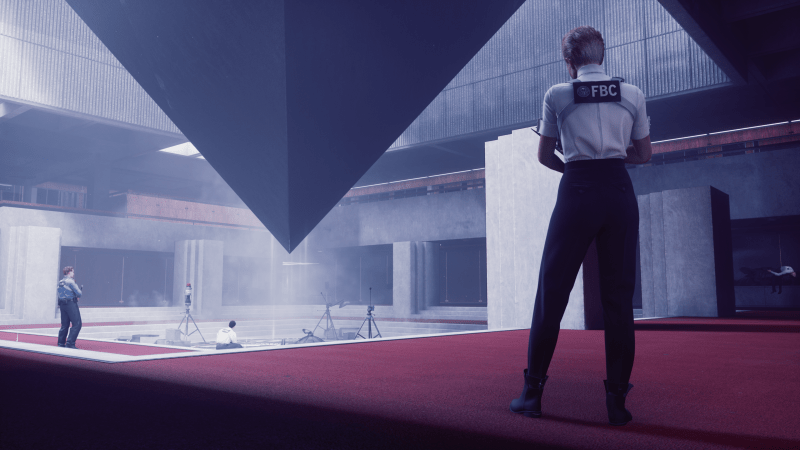 And while Control looks great with its smooth action and detailed environments, the talking heads lack the kind of high-quality facial and lip animations that many modern triple-A games have been spoiling us with.

On the story side of things, I need to see more of Control. But I’m already sold on its gameplay. The shooting and telekinesis stuff feels great. It makes for a fantastic core. I just hope that the package around it can elevate the experience into something remarkable.