The current co-heads of esports, Jarred Kennedy and Whalen Rozelle, who have overseen recording-setting growth for the sport, will remain at Riot Games in new leadership positions.

“Riot’s aspirations are growing, and we are moving three of our proven leaders to accomplish even bigger things, on games, and beyond games,” said Riot Games CEO Nicolo Laurent, in a statement. “John’s global experience, track record with our regional esports leagues, and true passion for gaming will accelerate the evolution of League of Legends into one of the leading sports and entertainment properties in the world.”

He added, “LoL is an esports phenomenon, thanks in large part to the leadership, drive, and vision of Jarred and Whalen, and we’re now confident that we are well on our way to becoming a multi-decade, multi-generational sport. We plan to provide our players, teams, partners, and fans with even more high-impact, amazing League of Legends experiences.”

Needham was previously managing director of Europe and North America at Riot Games. Before that, he served in various roles at Microsoft, Lionhead Games, Gazillion, Cryptic Studios, and Sony Online Entertainment.

Needham will drive the vision for the international sport and help increase the impact of the unique regional leagues. He also will lead development of major events: The World Championship, Mid-Season Invitational, and All-Star Event. Combining his passion for esports and experience with media and gaming, Needham is the ideal candidate to accelerate the growth of League of Legends esports.

“We are currently in the middle of our ninth season with League of Legends esports, and when we look at the timelines under which traditional sports have evolved, over many decades if not centuries, we’re extremely bullish on what we’re creating,” said Needham, in a statement. “At Riot Games, we believe that we’re well ahead of the curve and that esports are still only in their infancy. With player experience guiding us as it does all of Riot, we are building a global, sustainable ecosystem for players, teams, partners, and fans alike. We’re honored to be considered leaders in the esports space and believe it’s part of our responsibility to help shepherd it forward by investing in the right ideas, events, and structure to help this sport reach its full potential.”

As Riot Games continues to evolve and aspire to develop bigger and better player experiences, the success that Rozelle and Kennedy brought to esports will be used in other parts of the organization, the company said. Kennedy will lead a division focused on building and operating new businesses for Riot Games, and also will assume responsibility for Riot’s strategic partnerships, while Rozelle will be leading new esports initiatives across the organization. 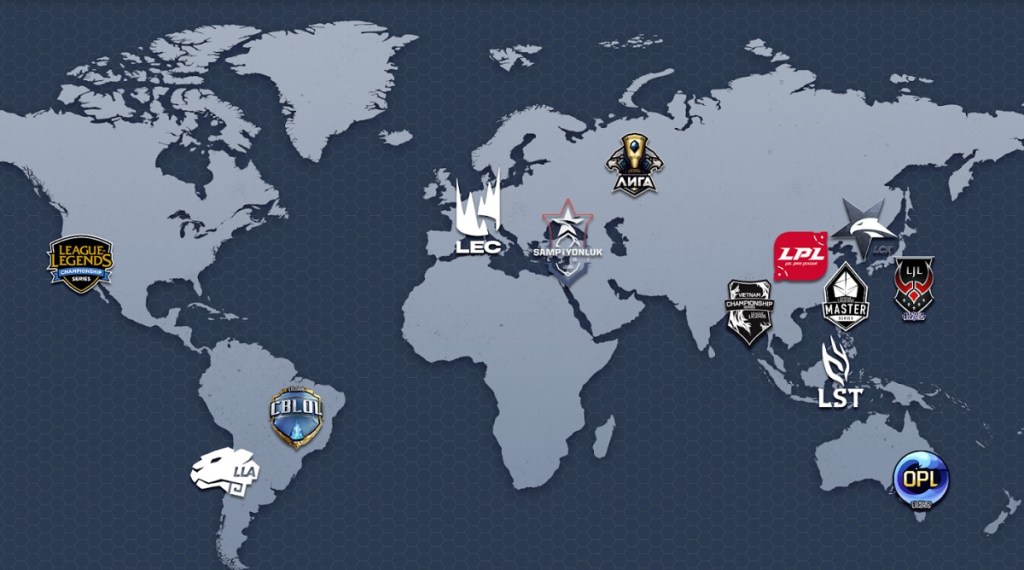 Above: League of Legends esports has 13 locations around the world.

Under their leadership, esports expanded to 13 leagues around the world, all globally integrated through major events. These leagues include the LCS in North America, the recently rebranded LEC in Europe, and leagues in Korea and China. 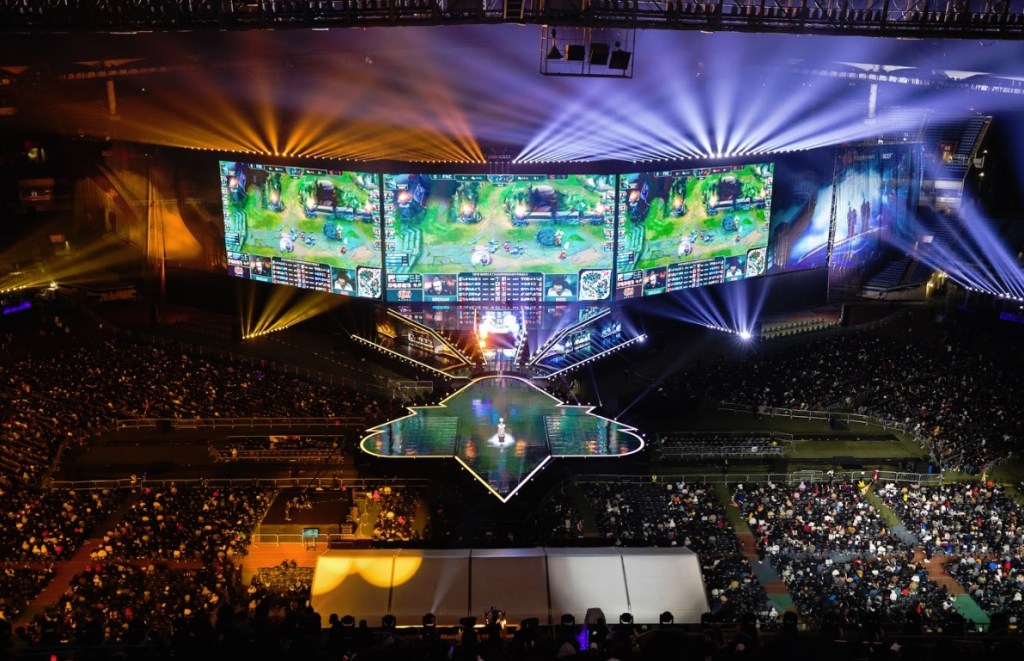 Riot’s esports leagues now feature more than 100 teams, all with their own unique identities and brands made up of more than 800 professional players. The 2018 League of Legends World Championship was broadcast live in 19 different languages and attracted 99.6 million unique viewers for the Finals. Viewership of the regular season last year averaged 90 million hours-watched live, week-over-week worldwide. Additionally, Riot Games and League of Legends esports continue to create award-winning experiences, such as the 2018 World Championship anthem Rise, and K/DA, the K-Pop group, debuted at the same event.

League of Legends esports leagues feature more than 100 teams and 800 players. Needham assumes the leadership of the world’s most popular esport. The 2018 World Championships was broadcast live in 19 different languages, drawing a record 99.6 million unique viewers and an Average-Minute-Audience (AMA) of 19.6 million viewers.