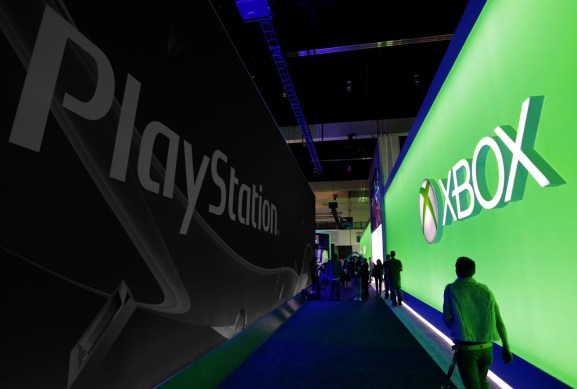 “Whether it’s backward compatibility or the possibility of cross-generational play, we’ll be able to transition that community to next-gen,” Ryan told CNET’s Ian Sherr. “It won’t be a binary choice about whether you have to be either on PlayStation 4 or next-gen to continue your friendship.”

Ryan was named CEO of PlayStation in February, and he has been at Sony for 25 years. Sony won’t be at next week’s Electronic Entertainment Expo (E3) for the first time in 24 years, and the PS5 is not expected to arrive until 2020. But clearly the company doesn’t want to be entirely forgotten during the show, when Microsoft’s Xbox division and Nintendo are expected to make a number of major announcements. And Google’s Stadia is set to make an announcement at 9 a.m. Thursday.

Ryan said an SSD storage drive Sony custom-designed for the console will come in the default version. That will help games load faster than they do with the hard drives on the PlayStation 4. The PS5 will have UHD 4K support at 120 hertz. But he declined to comment on whether the PlayStation VR will be updated as well, though he praised its success.

He noted that the technology world is “changing fast” and that requires an open-mindedness. That’s why the company signed its agreement with Microsoft related to cloud gaming, Ryan said.

“We have a cloud gaming service right now, and we’ve added on it for a number of years,” he said. “I think maybe we’ve been a bit guilty of not talking about it enough. Now we’re in 19 countries, we have 170 publishers onboard, 780 games in the States. We’ve actually achieved a lot, and probably a lot more than people realize. And our intent is to build on those learnings and really look to try to take PlayStation Now to the next level later this year and then in the years to come.”

He noted that Sony has never had greater success with its own narrative-driven, story-based games than right now, and the company won’t walk away from that, despite the growing popularity of service-based games.