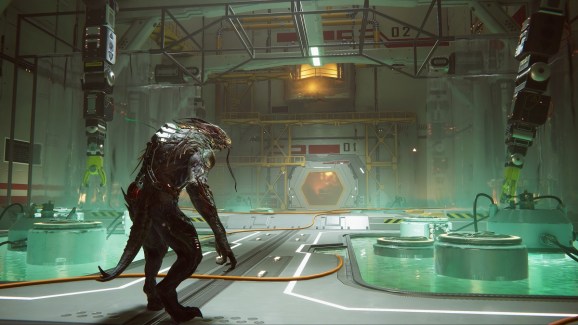 Last fall, Unity Technologies unveiled the Unity Icon Collective, a team of game developers who pledged to create high-quality art for the Unity Asset Store that developers can use in their own games. And now that team is releasing the second volume of that art in a new asset pack dubbed Buried Memories Volume 2: Serekh.

The idea is to give indie game developers access to triple-A imagery, or art for the best PC and console games. The move is Unity’s attempt to move further up the food chain, from its roots in mobile games to the highest echelons of games, which is owned by rivals such as Epic Games Unreal Engine or in-house game engines like Electronic Arts’ Frostbite. It’s all part of Unity’s mission of democratizing game development.

Concept artist Edvidge Faini created the art that Unity said will “transport you to a laboratory of unknown location and nefarious purpose.” The aim is to inspire creators to extend their own universe but especially to guide aspiring artists and others to observe, analyze and learn from the techniques of industry veterans.

The Unity Asset Store is a repository of reusable game assets which developers put up for sale for other developers to purchase. Unity said before that the store gets more than a million downloads a month. But this package is focused on quality.

What’s in the pack 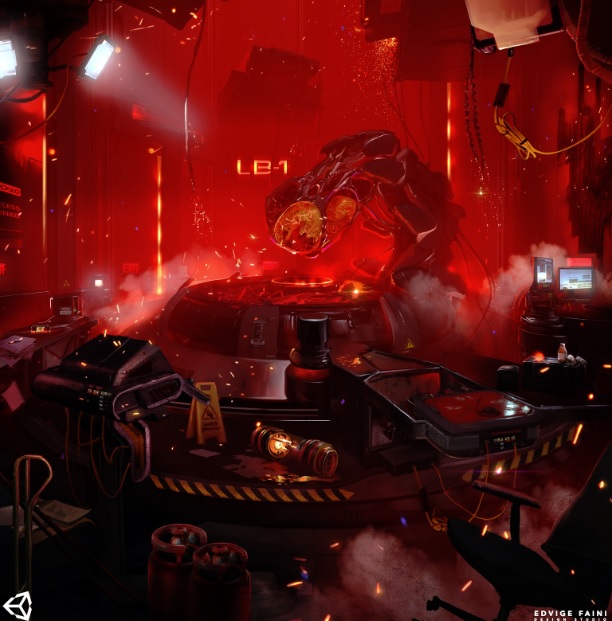 Above: The Unity Icon Collective

The pack contains a fully lit environment consisting of two sections: the Service Area and the Main Chamber. It’s a modular sci-fi lab built from walls, floors, trims, scaffolding, other structural elements, and a multitude of props — more than 100 assets in total. The star element — the Arm — is fully rigged and comes with animation.

The pack includes two music tracks that you can remix within any Unity project. You can use the individual audio stem files to create subtle ambience or full soundtracks. All files are exported in WAV, 44.1Khz at 16 Bit.

Researchers examined an artifact constructed from an unidentifiable material. The sealed container enclosed biological material not immediately attributable to any known species. Upon examination of the receptacle and its inscriptions, Minamoto and his team concluded that the organic contents are the scales of the Kirin.

Minamoto tried to replicate the Kirin’s genetic structure in one failed attempt after another. His obsession led him to bind his DNA with that of the Kirin. Minamoto appeared to be on the verge of a breakthrough when the Event arrived.

The facility was abandoned, Minamoto vanished, and the beast awoke. 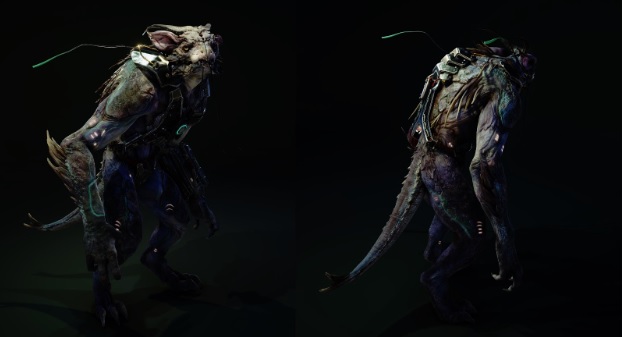 Above: A creature created by the Unity Icon Collective.

Volume 2: Serekh is an asset pack geared toward an action-adventure game. It gives you the chance to experience being a humanoid creature with legendary strength and powerful technological weapons.

“The package will be enjoyable for players passionate about the sci-fi genre and curious to try on the role of the monster beast troublemaker,” Faini said, in a blog post.

Serekh invites a discussion about humanity’s vulnerability in the face of technology and science and the extent to which we can push boundaries through enhancement interventions, especially genetic manipulation. What does it mean to be human in the future?

“It was challenging to think of how the character can be customized on a low-poly level. We ended up making a solid main body with replaceable features, such as horns, ears, tail, spikes, etc,” said Maria Panfilova, character artist, in a statement.

The Kirin is a creature that combines human and animal traits. The design of the body model allows you to replace or customize features. It can also wear the armor and use the weapons included in the pack.