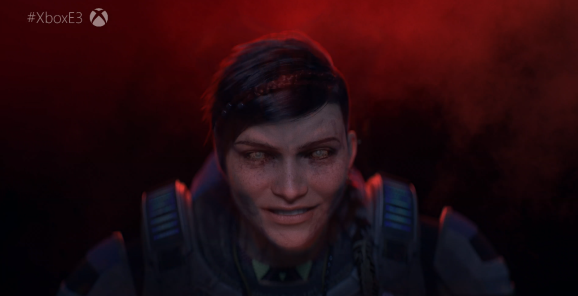 During Microsoft’s annual press briefing at the 2019 Electronic Entertainment Expo, the publisher announced that Gears 5 is coming to Xbox and PC on September 10. The sci-fi multiplayer shooter is coming from The Coalition, a Vancouver-based studio solely dedicated to creating new games in the Gears franchise.

Originally revealed at E3 2018, Gears 5 picks up after the events of Gears of War 4, with players taking control of soldier Kait Diaz as she tries to figure out her past and discover the origins of the Locust threat.

In an artsy new trailer, you can see Kait struggling to maintain her humanity. A separate trailer teased a new three-player multiplayer mode in Gears 5 called Escape. And in a third video, Microsoft revealed that Gears 5 will have special tie-in content with the upcoming movie Terminator: Dark Fate, where you can play as the T-1000 itself.