Microsoft gave us a deeper look at Halo Infinite during its 2019 Electronic Entertainment Expo (E3) presentation today in Los Angeles. The game will debut in holiday 2020 with Project Scarlett, Microsoft’s new game console coming in the holiday of 2020.

The demo at Microsoft’s Xbox briefing showed Master Chief’s next adventure, Halo Infinite. It shows a man restoring Master Chief from some kind of hibernation. As Master Chief looks out at a Halo ring that has been destroyed, the maintenance man says, “We lost. We lost everything.” 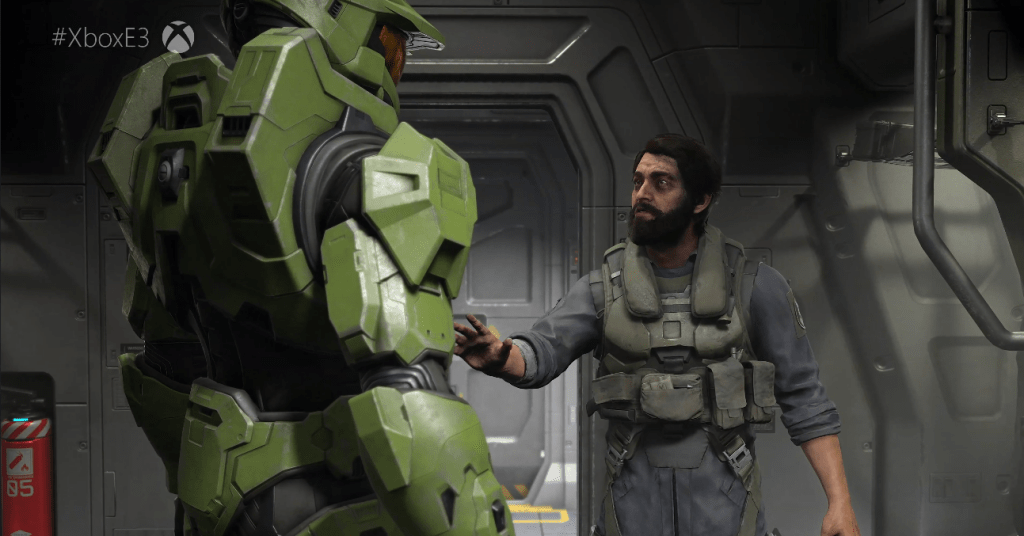 The mans says they are under attack and must go. Master Chief says, “No. We need to fight.” When he said that, the crowd roared. And at the end of the demo, we heard the voice of Cortana.

Halo is Microsoft’s most recognizable exclusive franchise, and Master Chief is its most iconic hero. The original Halo released as a launch title for the original Xbox in 2001. The series went on to sell over 65 million games.

Bungie created Halo, but it handed off the series to Microsoft’s 343 Industries as it pursued Destiny. 343 Industries’ released the last big Halo game im the series, Halo 5: Guardians, in 2015. The franchise also has a real-time strategy spinoff series. Halo Wars 2 came out in 2017.

Microsoft said last year that the game is powered by an engine called Slipspace. This is going to be Master Chief’s greatest mission.