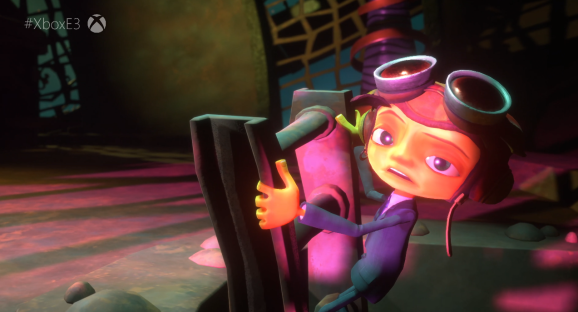 Microsoft announced that it now owns Double Fine, the studio behind of games like Psychonauts, Broken Age, and Costume Quest. The Xbox publisher made the news public today during its press briefing ahead of the Electronic Entertainment Expo (E3) in Los Angeles.

As you may have heard from the @Xbox E3 briefing moments ago, Double Fine is joining Xbox Game Studios! How did this come about? let’s ask @timoflegend … pic.twitter.com/n6EACVo7OZ

Tim Schafer founded Double Fine in 2000 after he left LucasArts, which was the studio for classic adventure game design. The studio’s first game was Pyschonauts in 2005.

Double Fine is working on Psychonauts 2 (Microsoft showed a trailer for the 3D platformer after the announcement) and Rad, a action role-playing game with Bandai Namco publishing.