By 2050, the world will be home to nearly 10 billion people, some 2.5 billion more than the planet’s population today — and two-thirds of those will live in cities. The need to optimize urban living environments is why Norwegian startup Spacemaker is building what it calls “the world’s first commercial platform that uses artificial intelligence (AI) to help architects, urban planners, and developers make better decisions faster,” according to company cofounder and CEO Håvard Haukeland.

Spacemaker today announced a $25 million round of funding co-led by Atomico and Northzone, with participation from a host of industry investors, including Nordic property developers NREP and Obos — which also happen to be Spacemaker clients — and U.K. real estate tech fund Round Hill Ventures.

Founded out of Oslo in 2016, Spacemaker has created simulation software that manages the computational side of designing structural layouts in multi-building residential developments, allowing architects and designers to focus on the creative side. Input the numbers and various parameters surrounding regulations and other project requirements, and Spacemaker can spit out hundreds of options within a few hours.

“Today, developers, architects, and urban planners only have the tools to explore a few options for building design as they try to optimize for everything from environmental factors to regulations,” Haukeland said. “With Spacemaker, they can, for the first time, generate and assess billions of possible solutions to multi-building residential development design in only hours.”

The platform, which is available via a monthly subscription, can optimize a layout based on any number of prerequisites, from maximizing sun exposure to minimizing noise and wind.

Above: Spacemaker: Generate and optimize designs

Developers can dig down into each proposal to see what does and doesn’t work and what the trade-offs are for each plan. 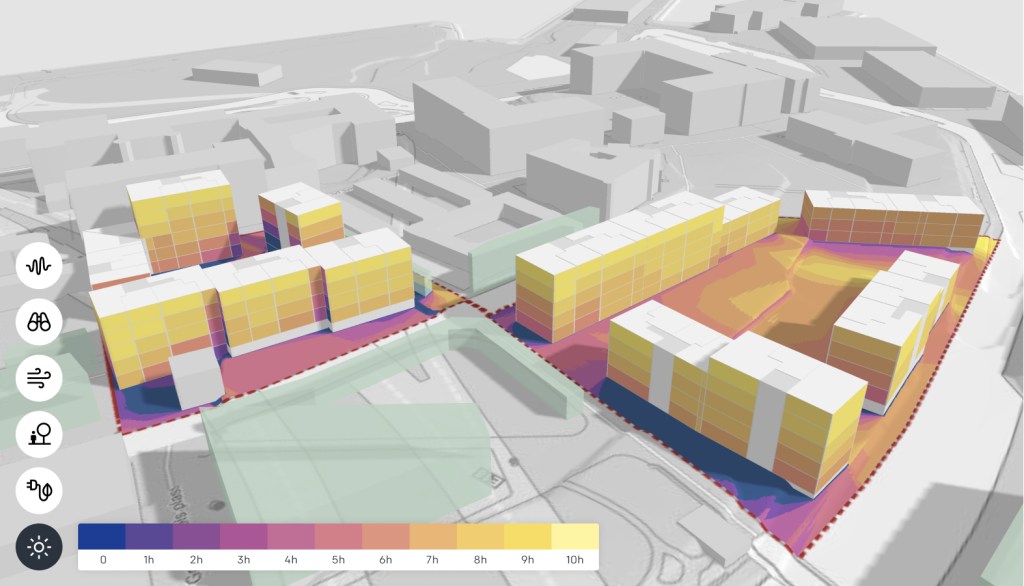 Spacemaker said machine learning allows its optimization algorithms to improve after every use. It learns by “interpreting the user’s choices and combining it with the massive amounts of data collected in the analysis of each site,” Spacemaker cofounder and CTO Carl Christensen told VentureBeat.

“The AI sees patterns in the infinite complexity of interrelated options and consequences in a project,” he continued. “In our case, that can involve complex factors such as sunlight, rain water, or traffic noise. Based on your input preferences, it predicts what and where to change the project to improve on it in a certain way. Since there’s always a large number of ways to ‘strike the balance’ between different preferences, the AI looks for distinctly different answers (project proposals) that express different trade-offs.” 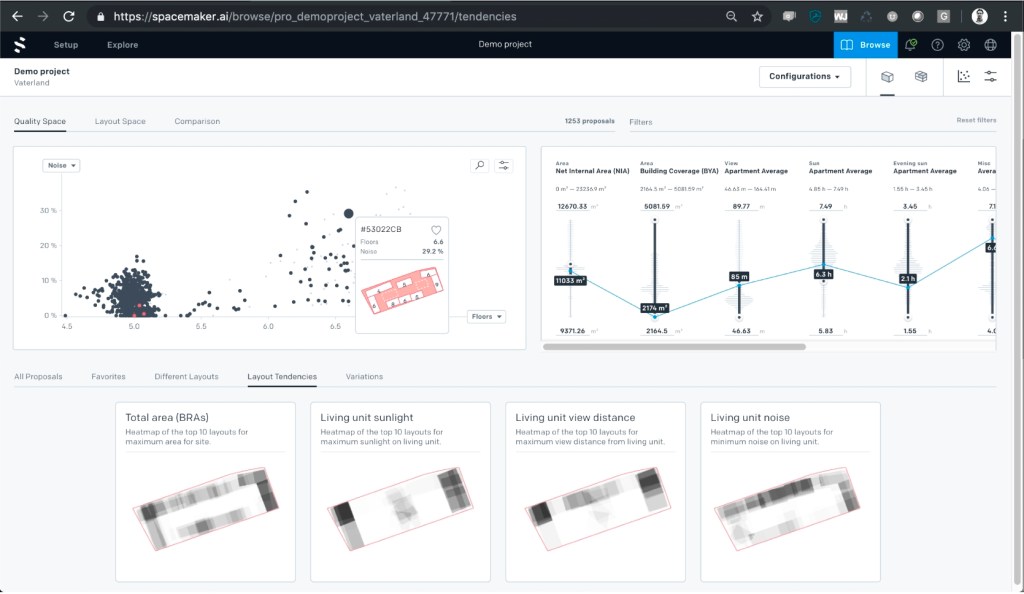 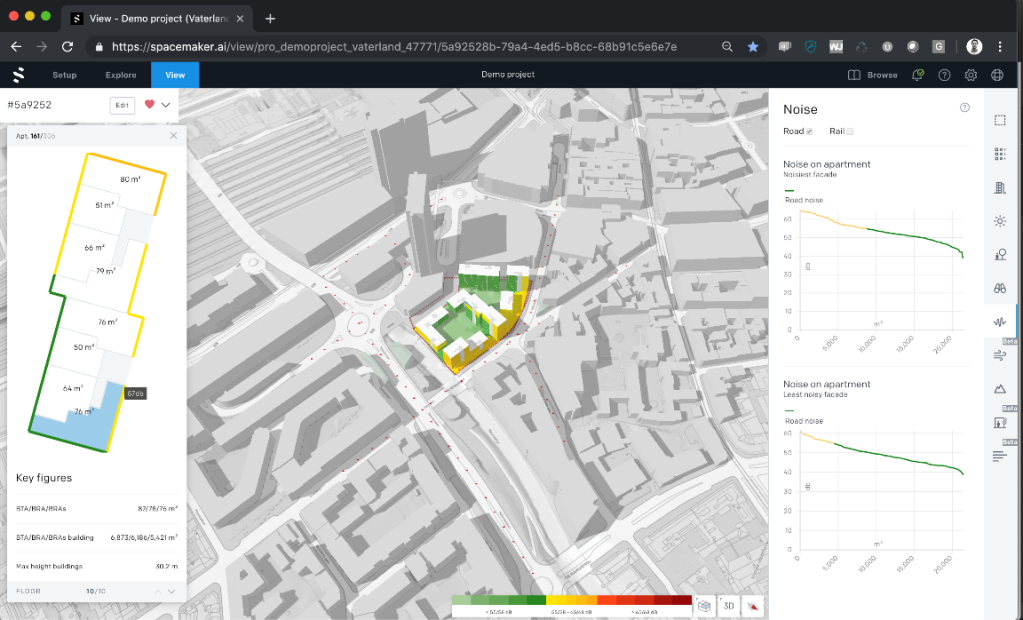 Above: Spacemaker interface: Viewing a model

Spacemaker fits into a broader trend of startups and investors pushing a sustainable city agenda that covers cleaner transport, such as electric scooters, and finding new ways to cut waste.

Then there is the inefficiency currently blighting the construction industry. Some estimates suggest that construction will be a $12 trillion market by 2022, but the industry is not renowned for its efficiency — reports indicate that construction is among the lowest-performing sectors in terms of productivity, due in part to the lack of digitization. This is changing, however, and we’ve seen a slew of VC investments in construction in recent years.

“The global construction industry has a significant productivity problem, under-performing the overall economy and costing it over $1 trillion value each year,” said Atomico partner Ben Blume, who now joins Spacemaker’s board. “With 2.5 billion more people set to live in cities by 2050, we must find ways to provide sufficient housing for these growing urban populations.”

With all the hullabaloo about AI stealing jobs, Spacemaker is keen to stress that its platform is more about “augmenting” rather than replacing — combining the best parts of human creativity and machine power.

“Spacemaker’s platform is a powerful tool in an under-digitized industry, creating value across the entire prebuild process for developers, architects, planning departments, and ultimately, inhabitants,” added Northzone partner Michiel Kotting, who also joins Spacemaker’s board. “It is a perfect example of AI augmenting human expertise, creating efficiencies and improving sustainability.”

Spacemaker already claims some big clients from across the Nordics, including investors NREP and Obos. The company raised a $7 million seed round last year, and with another $25 million in the bank it’s gearing up to invest in global expansion, as well as construction AI research, product development, and building out its engineering and commercial teams.