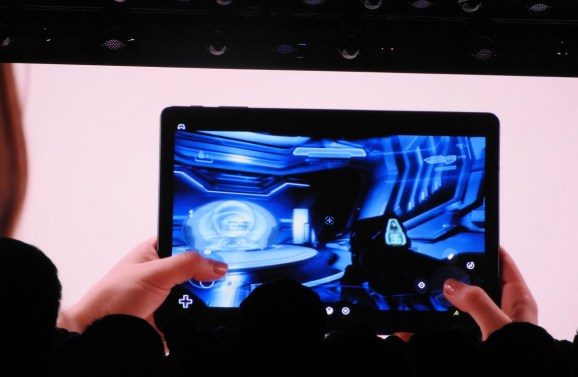 Microsoft's Project xCloud lets you play Halo on a tablet.

Microsoft has one of the world’s most expansive server infrastructures, and it’s going to start using that to beam games over the internet. During its media briefing event at E3 (the Electronic Entertainment Expo trade show in Los Angeles), the Xbox team revealed the details of its cloud platform.

During an onstage presentation, Xbox boss Phil Spencer first announced console streaming. Like PlayStation’s Remote Play, you can now use your home Xbox console to stream your local games to an internet-connected device. Then, the company plans to begin streaming games from XCloud.

In April, Microsoft connected developer with its xCloud. Now, those studios are working to integrate that tech with their games. Spencer didn’t announce a release date, but it did reveal that it is going to let E3 attendees to see it working in public for the first time.

What about Google Stadia?

Today’s announcement comes on the heels of Google Stadia’s big reveal last week. During a video event on YouTube, Google explained how its service is going to work. It is launching in November for anyone who buys into the $130 Stadia Founders program. That gets you the Stadia Controller, a Chromecast Ultra, and three months of the Stadia Pro subscription. That Stadia Pro membership includes all of Destiny at no additional charge. After the first three months, Stadia Pro will shift to $10 per month.

Google’s nascent gaming platform is clearly going to face a lot of tough comparisons to Microsoft. Xbox is benefiting from years of experience in this space. The company already has relationships with developers and publishers. Spencer also knows what it takes to build a modern blockbuster-level game.

Most importantly, however, Xbox has worked toward this point for most of the current generation of consoles. Programs like Xbox Play Anywhere and Game Pass have led to this, and now Microsoft is ready to capitalize.