Lisa Su, CEO of AMD, made the announcement at the Electronic Entertainment Expo (E3), the big game trade show in Los Angeles this week. It’s been a good week for AMD, considering on Sunday Microsoft announced that AMD’s processor and graphics chips would be used in Project Scarlett, which is Microsoft’s new game console coming in the holidays of 2020.

The Ryzen 9 3950X has 16 cores, 32 threads, 4.7-GHz boost frequency, 3.5 GHz base frequency, and 72 megabytes of cache. It runs on 105 watts and will be shipping in September, Su said. And she said it is competitive with the competing Intel i9-9900K processor at less than half the price of what Intel is charging. 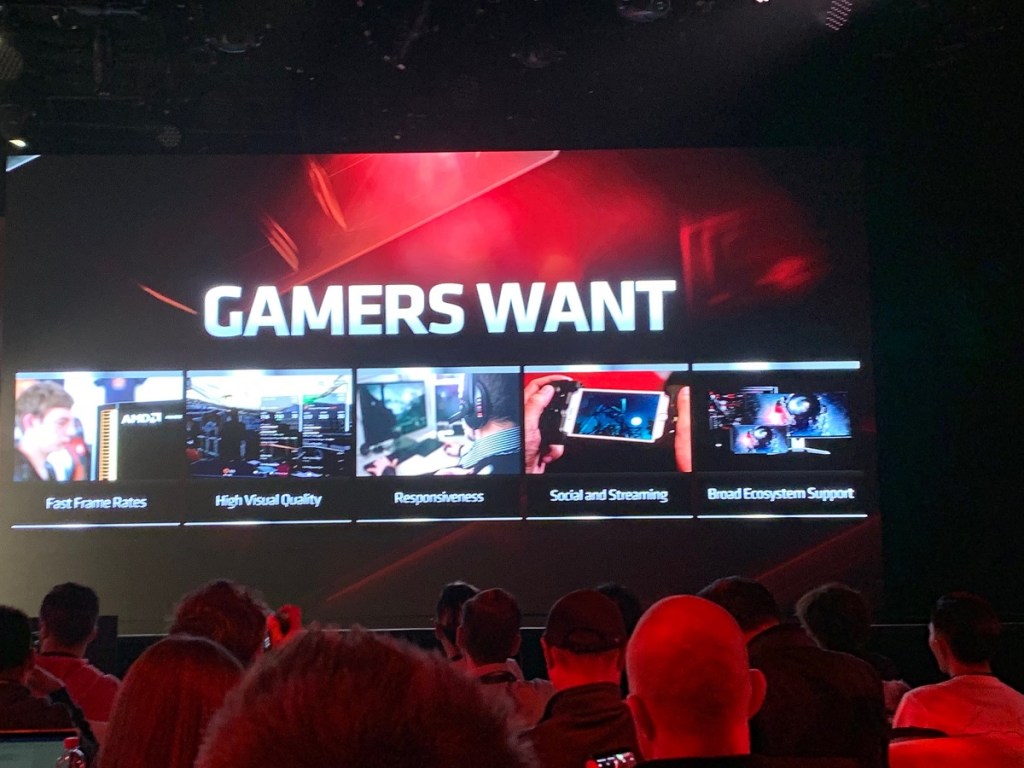 Above: AMD is chasing after gamers.

“It’s all about gaming, because we believe that the gaming market is a phenomenal market,” Su said. “We are one of the very, very few companies that can bring what’s needed to the gaming market that we love, for every category of gaming. Gamers are some of the toughest people to please. They have extreme requirements. They want everything. They want fast framerates. They want incredible quality. They want extremely responsive. And they want it, frankly, on every platform. Do we care about gaming? We absolutely care. And we are going to win in gaming.”

Su reminisced about when she first unveiled Zen, the processor architecture that helped it become more competitive against Intel, in August 2016. Since then, AMD introduced the first Zen-based Ryzen desktop chips in March 2017, and it followed up with server and mobile chips. Su said that AMD has been gaining market share on Intel for the last six quarters. 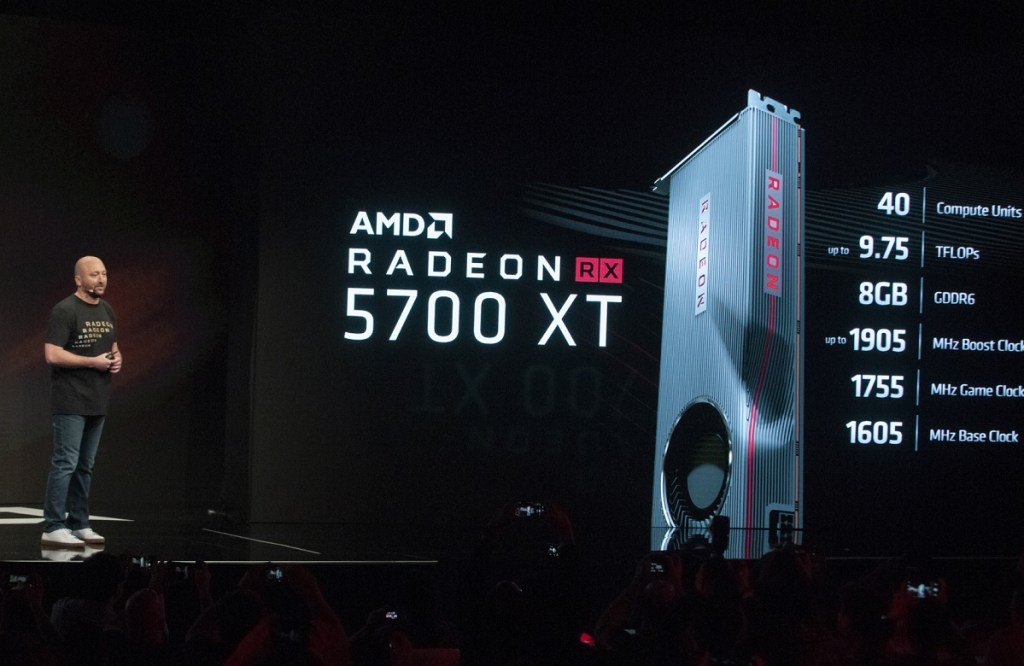 And now the company is preparing to sock it to Intel once again. AMD has shifted much of its processor line-up to 7-nanometer manufacturing (which, because of nomenclature, is the equivalent of Intel’s 10-nanometer manufacturing). But Linley Gwennap, analyst at the Linley Group, said in an interview that Intel’s transition to 10-nanometer (now scheduled for late this year) has been a “disaster.” He thinks AMD is poised to make more gains against Intel.

In the meantime, AMD is now poised to ship both 7-nanometer graphics processing units (GPUs) and processors in the coming months. The company showed how the latest AMD processor could run Ubisoft’s Tom Clancy’s The Division 2 better than Intel’s competing chip. 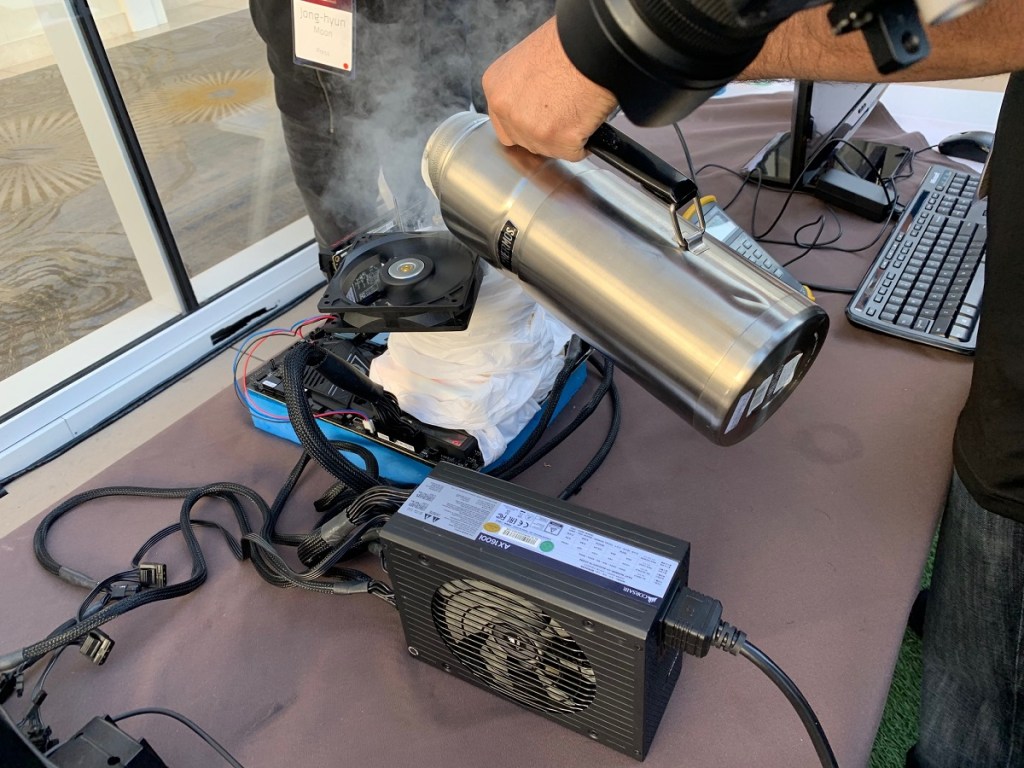 Above: AMD’s latest processor gets the liquid-cooled CPU test.

“Everything that we’re showing you here in 2019, is a result of decisions that we made three to five years ago,” Su said. “And you never know whether you’re right, frankly, you have to bet ahead of the game. But we believe we made some really good decisions.”

“They are a great, great partner with a huge vision for where gaming should go into future,” Su said. “And what they announced is we are working together on a custom SoC that has 7-nanometer, Zen 2, and Navi [graphics] architecture.” 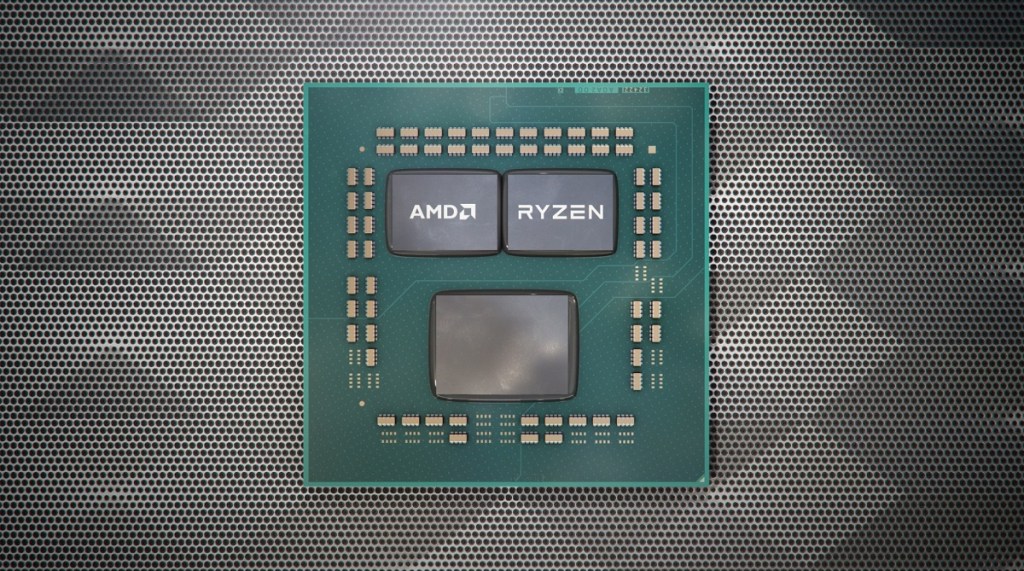 AMD said that the Navi-based Radeon 5700 Series has 50% better performance per watt than the previous AMD Vega graphics architecture. It uses the RDNA graphics core architecture.

“This is the rebirth of Radeon,” he said.