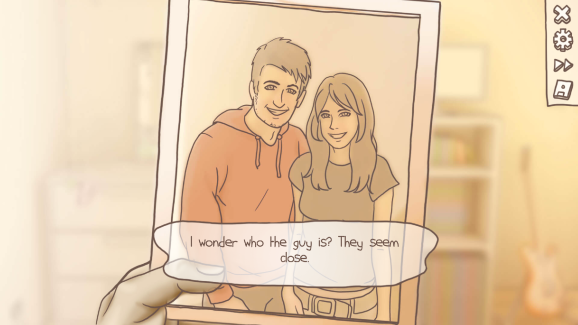 One Night Stand is about what happens the morning after.

Kinmoku and Ratalaika Games are bringing the critically acclaimed One Night Stand to PlayStation 4, Xbox One, and Nintendo Switch this summer. The developer made the announcement during the Kinda Funnny Games Showcase today, a presentation focused on celebrating indie games at the 2019 Electronic Entertainment Expo (E3), a trade show where blockbuster rule.

Originally released on PC in 2016, One Night Stand is a visual novel about what happens the morning after you hook up with a stranger. You can investigate your new friend’s room to find out more about that person, have awkward conversations with them, and decide on whether you should leave or stay. The game has 12 different endings in all.

Kinmoku is the developer alias for Lucy Blundell, who worked at Electronic Arts for five years before kickstarting her indie career in 2015. One Night Stand was her first game, and she’s working on another interactive story that she’s tentatively calling Memories.