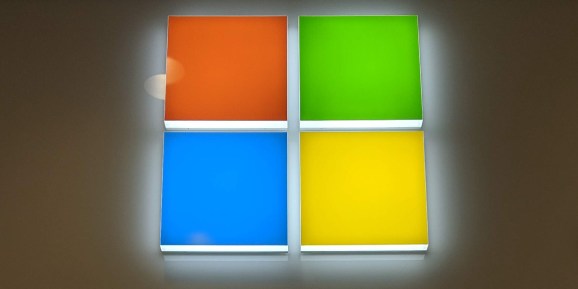 It was only a few weeks ago that Microsoft announced enhancements heading to Power BI and PowerApps, its no-code business analytics service and web apps design platforms, respectively. But that didn’t stop it from unveiling yet another set of features during the Microsoft Business Applications Summit in Atlanta, Georgia this week, where the company took the wraps off a new look for Power BI and improvements in Microsoft Flow, a service which lets users create rule-based workflows that automatically trigger actions, along with improvements in Power BI and PowerApps.

“We are getting tremendous feedback and energy from our customers and developers. That feedback helps us develop products that are tailored to their needs,” said Microsoft corporate vice president James Phillips. “From there we get to see them innovate and thrive. It’s been amazing to see us growing across the board, but there is nothing more rewarding than seeing our customers, partners, and developers in action.”

First on the agenda was AI Builder, a new no-code AI capability that supports both PowerApps and Flow. As James explained, AI Builder provides point-and-click solutions that address tasks like forms processing, object detection, and text and binary classification for app makers. He believes it’s particularly well-suited to banking, hospitality, and manufacturing scenarios and industries, where responding to customer feedback with an AI model might be highly desirable. 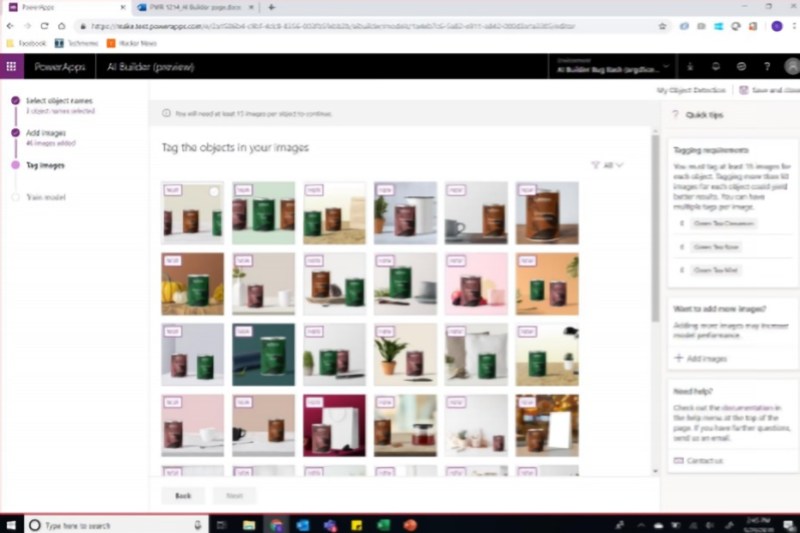 As for Power BI, which now hosts more than 25 million models and processes more than 10 million queries each hour, and which supports a community of more than 850,000 active members, it’s gaining new AI tools. Two services — text and image analytics and Azure ML model invoking — are both now generally available, as are a pair of new AI visualizations: Distribution Changes, which analyzes what makes a data distribution appear different from others, and Decomposition Tree, which enables users to drill into dimensions and key metrics.

Microsoft also announced that it’s expanding Power BI’s vision and text analysis components with entity detection and text and handwriting recognition. Additionally, it’s extending Power BI’s natural language capabilities with the ability to train Q&A machine learning models so that they understand company-specific synonyms, phrasings, and domains, and the ability for report authors to see questions asked so that they can adjust Power BI’s responses.

That’s not all that’s new with respect to Power BI. The user interface has been redesigned to more closely align with the apps and services in Microsoft’s Office 365 suite, with simplified report creation and data exploration flows. Novel features in tow include report commenting and Siri shortcuts for the iOS mobile app, along with paginated reporting options with advanced export options. 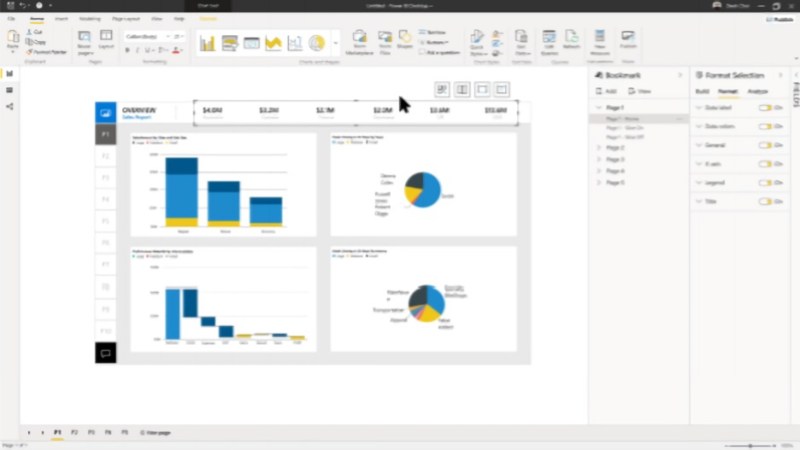 Another new Power BI capability — certified data sets, which enable companies to create and reuse a single baseline or ground truth — is launching in preview. Meanwhile, PowerApps portals, which were previously only available as an add-on to Microsoft’s Dynamics 365, will also launch in preview. 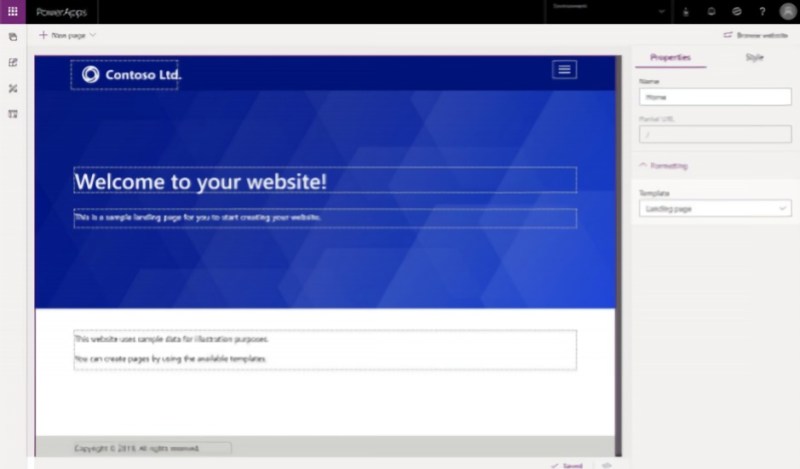 PowerApps portals are external websites that work exclusively over the Common Data Service (the PowerApps component that securely stores and manages data), and that support personal accounts, LinkedIn, and other Azure Active Directory organizations. Companies can build portals with a no-code website designer, or tap a library of prebuilt templates with customizable layouts and widgets like forms, views, and dashboards.

Lastly, Microsoft took the wraps off of enhancements in Microsoft Flow and AI Builder that promise to make image and text data extraction from documents easier to bake into automated processes. Flows built with Microsoft Flow can now pick up scanned documents from an incoming email or shared file and recognize the contents based on the values, and subsequently kick off different steps, like sending notifications.

In addition, AI Builder can learn from historical performance — for example, it can predict the risk of an application, and depending on how high that risk is, institute additional approval actions for a business process. 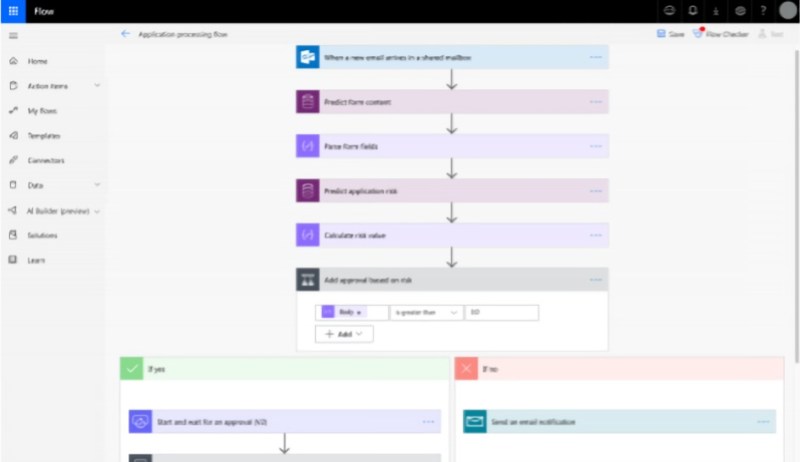 “Along with [Microsoft CEO Satya Nadella] and the rest of the leadership team, I am bullish and enthusiastic for all things Power Platform,” said Phillips. “But what I appreciate most is the work of our community and what they do with the Power Platform.”