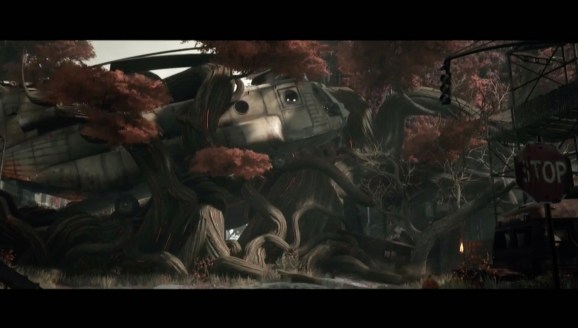 Remnant: From The Ashes is showing off more gameplay and other goodies today during the PC Gaming Show at the Electronic Entertainment Expo (E3) in Los Angeles.

Remnant is a third-person shooter set in a postapocalyptic world. But zombies aren’t the threat — this time, it’s an ancient evil from another dimension. In the trailer, we see massive roots that have helped ravage the world, with fire-breathing and glowing monsters and something pulsating under the Earth. Onstage, ee learned more about the loot — how different runs will result in different treasure and weapons. That’s just what you want from any game with Diablo-like characteristics.

You can play by yourself or in co-op with one or two other players. It’s from Gunfire Games, the makers of Darksiders III. It formed from staff from Vigil and Crytek. It started with 7 employees under founder David Adams (who worked on Darksiders at Vigil) and now has over 70.