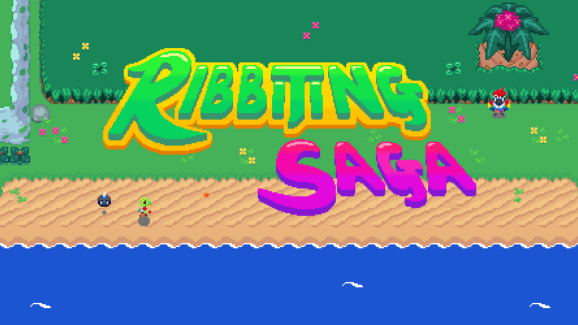 Ribbiting Saga is an indie game that had its reveal during the Kinda Funny Games Showcase today during the Electronic Entertainment Expo (E3).

The overhead 2D action game is inspired by Super Nintendo classics like The Legend of Zelda: A Link to the Past. Except you, and I’m sure you guessed this, play as a frog.

Ribbiting Saga has also launched a Kickstarter campaign to help fund the game. The three person team working on the project (Happy Ogre) is looking to raise $50,000. The Kickstarter page is also offering a playable demo featuring a boss fight.

Along with Zelda, Happy Ogre says that it used series like Mega Man and Metroid as inspiration.

“Ribbiting Saga is your adventure,” Happy Ogre explains on its Kickstarter page. “That’s why you can go where you want, when you want. It wouldn’t be an adventure if we simply gave you a list of instructions and clapped when you completed it.”