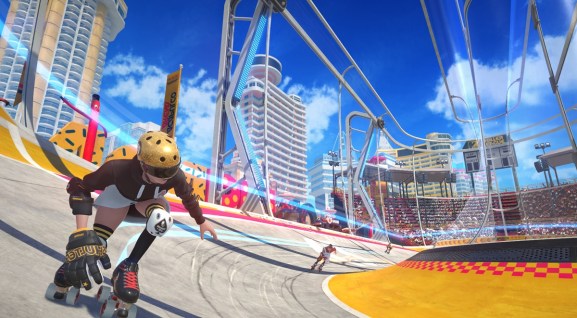 Roller Champions is a free-to-play game coming to PC later this year, and it will have a demo on Uplay from June 10 to June 14.

The game is a virtual sport, with two teams of three players fighting to grab a ball, hold possession for it as they make a loop around the track, and then throw it into the goal.

It’s more complicated than all that. Players can pass, tackle, and dodge as they make their way around the track. You can also score more points by finishing more laps before going for the goal.

It all has a Rocket League vibe to it, especially with its use of bright neon colors and the way it distinguishes team with blue and orange.