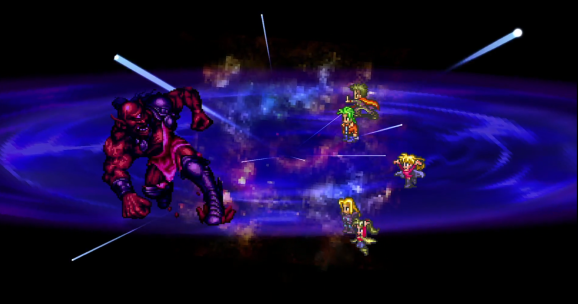 Square Enix announced that Romancing SaGa 3 is coming to the West for the first time during its Electronic Entertainment Expo event tonight in Los Angeles.

Romancing SaGa 3 is coming to PlayStation 4, Xbox One, Switch, Vita (!), PC, and mobile.

The first game in the SaGa franchise came out in 1989 for Game Boy. We knew it in the U.S. as Final Fantasy Legends. The series has had a total of 12 installments, with the last one — SaGa: Scarlet Grace — releasing for the PlayStation Vita in 2016 only in Japan.

Scarlet Grace is also coming to the West as SaGa Scarlet Grace Ambition. It is coming out for PlayStation 4, Switch, PC, and mobile.

It looks like the U.S. is finally getting caught up with this franchise.