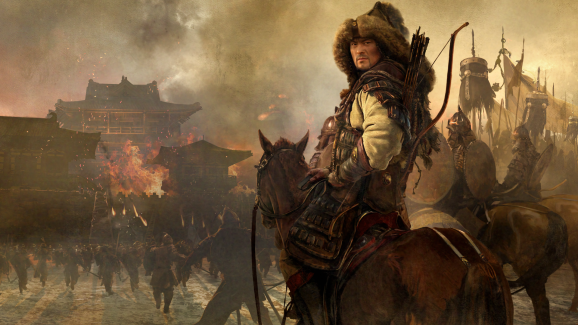 Stronghold: Warlords is the next real-time strategy game from Firefly.

Stronghold: Warlords is the next entry in the real-time strategy series that Firefly Studios first launched in 2001. It’s coming to PC in 2020, and it’s set in the Asia between the China in the third century BC to the Mongol Empire in 1200 AD — a first for the series. Firefly made the announcement during the Kinda Funny Game Showcase today at the Electronic Entertainment Expo (E3) in Los Angeles.

Stronghold is known for re-creating historical battles. It’s spawned seven sequels and offshoots, with the most recent being Stronghold Crusader II in 2014.

One of the changes coming to Stronghold is commanding, recruiting, and upgrading AI warlords. They have their own perks and characteristics, giving you command boosts. They also can fortify borders and help you forge weapons. They also open up new battlefield tactics.

“We’re adding a touch of grand strategy to Stronghold,” said Simon Bradbury, the lead designer at Firefly Studios and creator of the Stronghold series, in a canned statement. “It’s a deceptively simple yet powerful change, perhaps the biggest we’ve made to the series since the original Stronghold Crusader. Warlords takes core Stronghold and effortlessly layers a new mechanic on top.”

Stronghold blends city-building with real-time strategy, which helps it stand out from the likes of games from Paradox Interactive or The Creative Assembly.