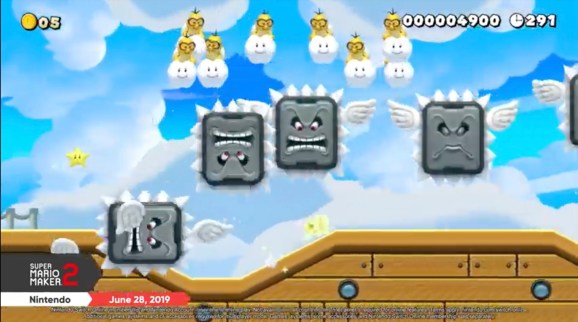 A few weeks ago, Nintendo revealed that you could play Super Mario Maker 2 in multiplayer mode online. But it later clarified that you could only do that with random strangers through matchmaking. That means you cannot play with your friends. Now, at E3 (Electronic Entertainment Expo) in Los Angeles, Nintendo has acknowledged that may change.

During that presentation, the company said that it is “making changes to how you matchmake with friends” in Super Mario Maker 2. But the publisher didn’t provide any other details. It did not say you can play with your friends. It didn’t say how any of this will work. It also didn’t say when you can expect it. It seems likely that any changes will come in a patch after Super Mario Maker 2’s June 28 release date.

And this is a welcome change. Nintendo previously said that it was enforcing this restriction for a specific reason. The company didn’t want friends to have an unfair advantage on the global leaderboards.

Of course, that is a wild reason to limit the features of a game. While it’s important to treat competitive modes with some reverence, it’s more important to make things fun. And Super Mario Maker 2 with an online friend sounds like a great time.

It’s worth noting that you could always play with friends in local couch co-op mode. And that doesn’t seem like it’s going to change.