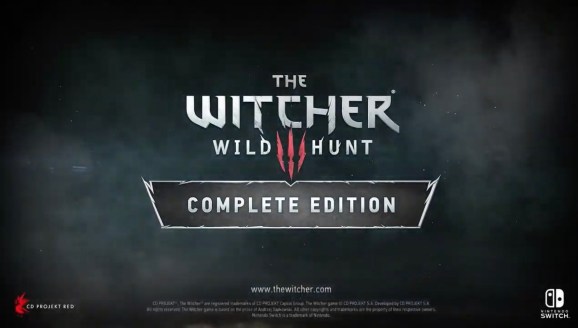 Nintendo had one of several surprises during its Electronic Entertainment Expo (E3) livestream this morning — The Witcher 3 is coming to the Switch later this year. Once it hits, it joins The Elder Scrolls V: Skyrim as two beefy Western role-playing games that provide hundreds of hours of engaging stories and gameplay.

The Witcher 3 came out on May 19, 2015 from CD Projekt Red for PC, PlayStation 4, and Xbox One. It’s the first time the series with mature themes has appeared on a Nintendo console. It has sold more than 10 million copies worldwide as of 2017, and the series has racked up more than 33 million copies sold since the first debuted in 2007.

According to CD Projeckt, The Witcher III will have 150 hours of gameplay with 16 pieces of DLC and the Hearts of Stone and Blood and Wine expansions. The Complete Edition will also have stickers, a map, and a book.

In single-core performance (at max clock speed), the Switch is actually faster than a PS4. So maybe The Witcher 3 is possible.

The Witcher 3 may seem like a game that’s too powerful for the Switch, but GamesBeat PC Gaming Editor Jeff Grubb points out that the Switch’s chip could pull it off.

The Witcher 3 earned a number of game of the year awards in 2015. It offers action-RPG combat with a deep story. The Bloody Baron storyline was one of my favorite quests in the game, and its mature content is different for Nintendo.